Pancreatic ductal adenocarcinoma (PDAC) is the fourth leading cause of cancer-related deaths. Due to its deep anatomical location, tumour-specific symptoms typically occur only when it has already reached an advanced stage. In order to improve patients’ prognosis, sensitive and specific diagnostic biomarkers and novel therapeutic and preventive measures are urgently needed.
Exploring the potential of Regenerating proteins

While it was known that Regenerating (Reg) proteins – a group of proteins that are involved in the proliferation and differentiation of diverse cell types and are important in protecting cells from death caused by damage or inflammation – were involved in the pancreatic islet regeneration in diabetes patients, until now, there had been no systematic study on the role they play in pancreatic cancer. Now, a recent study led by researchers at McGill University, for the first time, explored this idea, and the results were published recently in the journal Oncotarget.

Working together, Dr. Zu-Hua Gao, Chair, Department of Pathology at McGill and Dr. Jun-li Liu, Associate Professor, Department of Medicine at McGill, showed for the first time that Reg proteins were involved in the early carcinogenesis of PDAC, as shown by the increased expression of Reg proteins in the two PDAC precursor lesions.

“We found that PDAC patients had elevated levels of Reg1A and Reg1B in their serum and in the cancer tissue,” explains Dr. Gao, who is also

the MUHC (RI-MUHC). “Reg proteins have the potential to be prognostic markers for PDAC, and the combination of Reg1A, Reg1B and Reg4 tissue expressions could clearly differentiate metastatic PDAC in the liver from intrahepatic cholangiocarcinoma, the second most common form of liver cancer, with very high sensitivity and specificity.  Previously this differentiation was not possible because these two types of cancer have similar morphology under the microscope, but they require completely different treatment protocol and have different prognosis.”
A fortuitous encounter

Dr. Liu, who is also a researcher at the RI-MUHC, has been studying the role of Reg proteins on pancreatic islet regeneration in diabetes for many years, while Dr. Gao has focused on the study of pancreatic and other cancers of the gastrointestinal tract.

Shortly after Dr. Gao’s arrival at McGill, he met Dr. Liu in the cafeteria of the Royal Victoria Hospital, who told him about his research. The two agreed they should explore whether these proteins were involved in the development of pancreatic cancer, and Dr. Gao provided Dr. Liu with PDAC tissue sample to test in his lab.

“Sure enough, the cancer tissue has a much stronger expression of Reg proteins than the adjacent non-tumor tissue,” notes Dr. Liu.  “Interestingly, there was a gradual progression from normal to cancer precursor lesions and to invasive cancer.  Then we tested patient’s serum samples, and found that the sera of cancer patients all have a higher level of Reg proteins than normal patients and patients with pancreatitis.”

“This is a good example that laboratory work has clear clinical implications,” notes Dr. Gao. The researchers say that further study on the molecular mechanisms is needed and they want to see whether Reg proteins could be therapeutic targets for PDAC.

“Our findings can help in the early diagnosis of pancreatic cancer which will improve survival, can help in monitoring therapeutic response, and/or predicting patient’s prognosis. We are currently testing in animal models and in cell cuture environment. If we can significantly suppress the malignant behavior of PDAC by targeting Reg proteins, this new therapy could potentially save thousands of lives.”

This study was conducted with funding support of the Research Institute of the McGill University Health Centre. 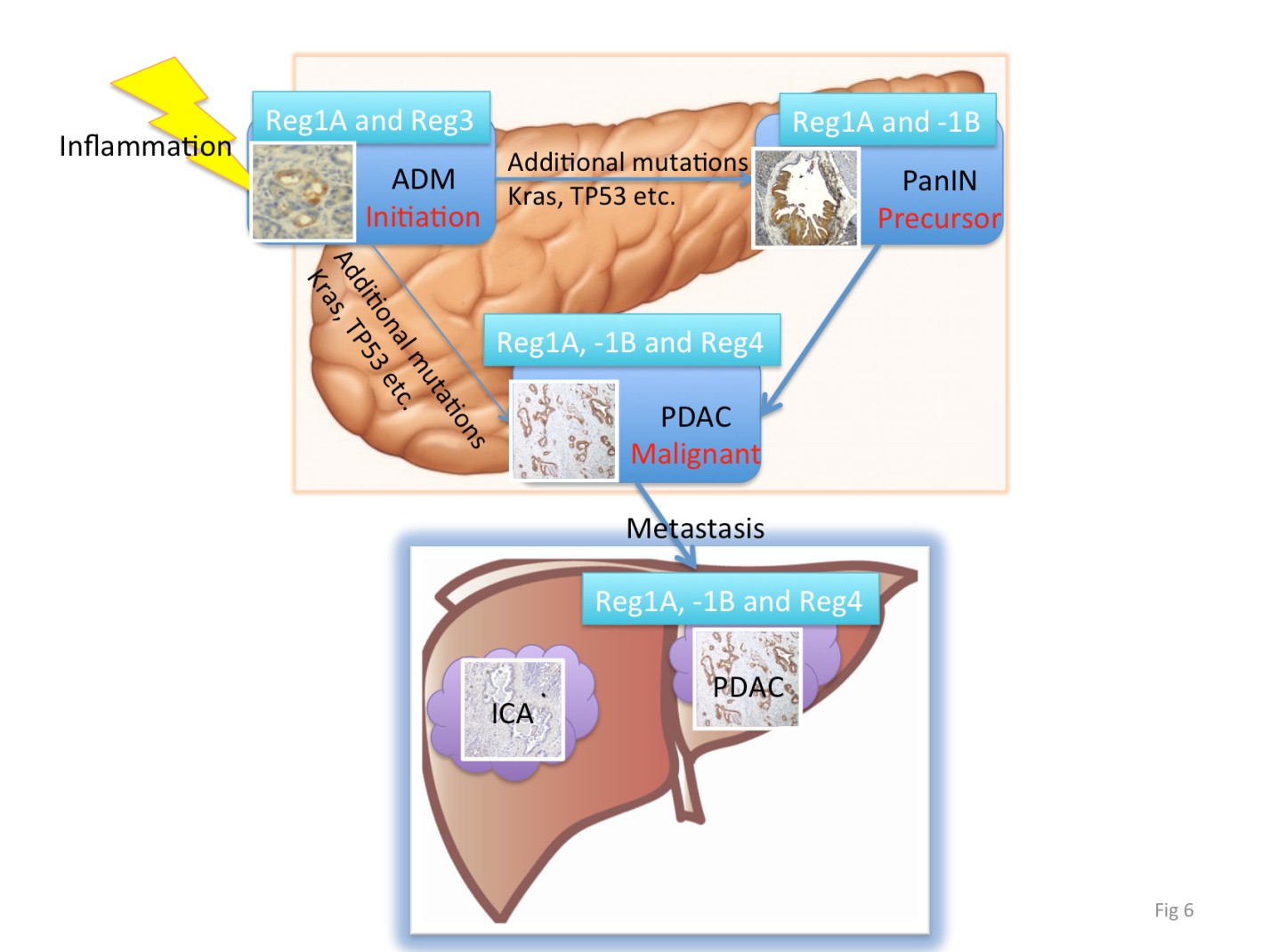