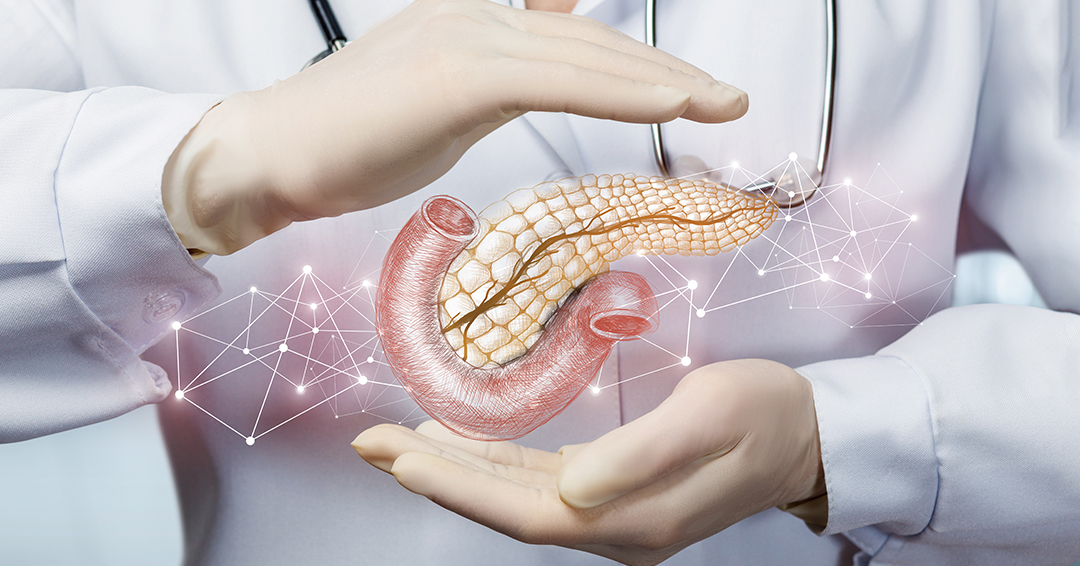 Published in Communications Biology, a new study by researchers from the Research Institute of the McGill University Health Centre (RI-MUHC) identified a protein that drives the development of a pancreatic cancer precursor lesion called acinar-to-ductal metaplasia (ADM). This protein has the potential to become a biomarker for early diagnosis and a molecular target for pancreatic cancer prevention. Led by Zu-Hua Gao, MD, PhD, an investigator in the Cancer Research Program at the RI-MUHC, this long-term study was conducted by a multidisciplinary team of trainees, research scientists and clinicians.

Pancreatic ductal adenocarcinoma (PDAC) remains one of the most lethal human cancers with a five-year survival rate of less than 5%. Multiple factors contribute to this poor prognosis, including a lack of effective measures to detect and diagnose PDAC, prevent its development and interrupt its progression.

A recently recognized precursor of PDAC, known as persistent ADM, may help predict the risk of pancreatic cancer. The research team has identified that a protein known as REG3A/REG3B is involved in the development of persistent ADM.

In cancer, cell proliferation is uncontrolled. The RAS signaling pathway is an important intracellular messaging system that tells cells to proliferate. “We found that the protein REG3A/REG3B promotes persistent ADM through binding to a receptor called EXTL3 on the surface of pancreatic acinar cells, and activates the RAS-RAF-MEK-ERK signaling pathway,” says Dr. Gao, who conducts research at the RI-MUHC Centre for Translational Biology.

“Mutations in an intracellular molecular ‘switch’ known as KRAS are often implicated in causing cancer. We observed that REG3A/REG3B promotes and maintains ADM independent of KRAS mutation,” says Huairong Zhang, PhD, one of three co-first authors of the study. “It predicts the risk of PDAC development in the clinical setting.”

“We are excited by these findings and are looking forward to delving deeper. As PDAC is often diagnosed at a stage of metastatic disease, understanding the processes that lead to its initiation is crucial for early detection, and for early intervention,” says Julia Messina-Pacheco, the co-first author who will continue this study as part of her PhD project under the supervision of Alex Gregorieff, PhD, and Dr. Gao.

“We experienced some technical challenges and lengthy revision processes during the pandemic. We are grateful for the support of the CIHR, which enabled us to complete these complex studies and produce these comprehensive data,” says Jun-Li Liu, PhD, co-principal investigator and a scientist in the Metabolic Disorders and Complications Program (MeDiC) at the RI-MUHC.

“This is a team effort,” adds Dr. Gao. “I am particularly thankful for support from our clinical collaborator Dr. George Zogopoulos and his team, and to the Histopathology and Molecular Imaging technology platforms at the RI-MUHC.

“In the future, measuring the level of REG3A in the blood or pancreatic fluid in patients with chronic pancreatitis could help us to identify those patients at risk of developing PDAC. Targeting REG3A, its receptor EXTL3, or other downstream molecules could interrupt the ADM process and prevent early PDAC carcinogenesis in the at-risk patient population.”

Read the publication in Communications Biology.

The authors gratefully acknowledge funding from the Canadian Institutes of Health Research (CIHR) and the China Scholarship Council.

The authors thank the Histopathology Platform and Molecular Imaging Platform at the RI-MUHC for technical support.

New 4H leukodystrophy study to be led by RI-MUHC researcher