Findings could lead to development of pre-clinical stage therapeutics 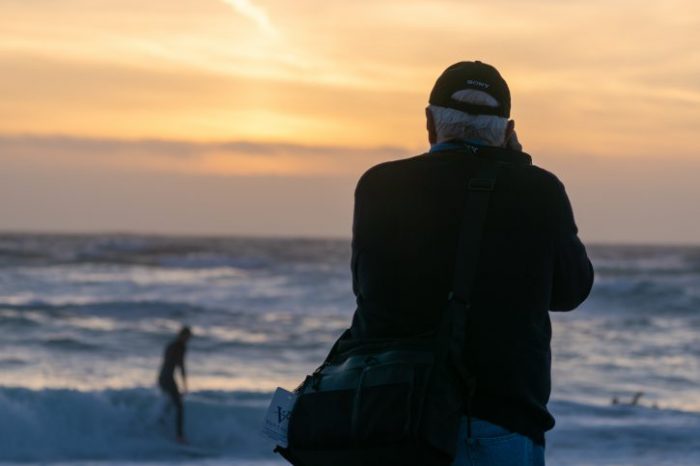 For decades researchers have known that Alzheimer’s disease (AD) causes the atrophy of a system of neurons and synapses highly involved in memory, learning and attention, which is highly dependent on a molecule known as nerve growth factor (NGF). The disease causes dysregulation of NGF’s metabolism, leading to the loss of the synapses and neurons that depend on it, akin to plants being deprived of light.

A new study led by researchers at McGill University and published recently in Molecular Psychiatry, provides evidence that this dysregulation caused by the Alzheimer’s pathology begins decades before cognitive impairments become detectable.

“The significant novelty of the study  led by Rowan Pentz, resides in this being the first demonstration that the NGF-metabolic dysregulation is not only present in the brains of clinically diagnosed Alzheimer’s disease, but also in the brains of cognitively normal individuals bearing incipient, preclinical, AD amyloid pathology,” explains Dr. Claudio Cuello, Professor in the Department of Pharmacology and Therapeutics at McGill and the study’s senior author. “In other words, we demonstrated that the failure of the NGF support might be present many years before the first clinical AD symptomatology becomes evident.”

Down Syndrome findings leads to study

Findings from a 2016 study that showed deregulation of the NGF metabolic pathway in Down Syndrome, a condition which often leads to clinical AD, inspired Dr. Cuello and his team to pursue this most recent avenue of exploration.

In their study, which examined the post-mortem brain samples of cognitively unimpaired individuals from the Religious Order Study, made possible through a collaboration with the Chicago Rush Medical Center, the researchers showed that the extent of the NGF metabolic deregulation was inversely correlated to the cognitive status of individuals bearing incipient brain AD pathology, even when they were still in the “normal” population-based range. “The study illustrates that a defective brain’s NGF metabolic pathway is likely involved in the first cognitive impairments developed in Alzheimer’s disease,” notes Dr. Cuello. 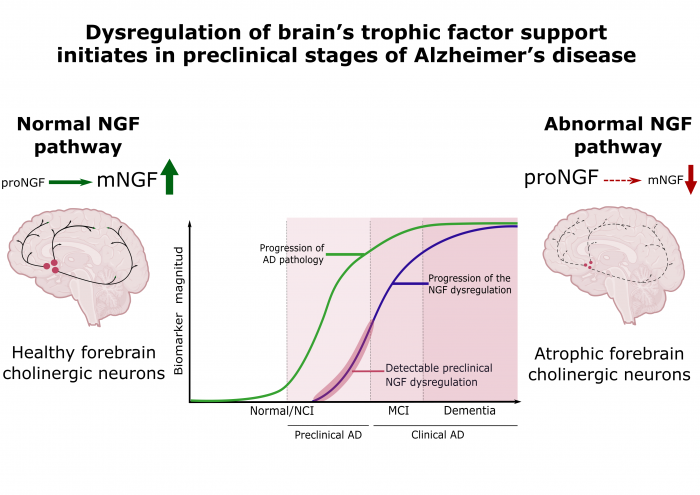 Practical implications of the findings

The finding creates an opportunity of searching for novel therapeutic possibilities at early stages of the AD pathology, before the irreversible loss of neurons playing a significant role in memory, learning and attention brain mechanisms.

“The most immediate implication is the possibility of being able to detect this brain metabolic dysregulation, which is linked to the ‘silent’ and progressive preclinical AD pathology, by analyzing key NGF-related proteins in accessible body fluids,” says Dr. Cuello. This information will assist the identification of individuals in the general population who are incubating AD and those perceiving a cognitive decline.

“Our research will help facilitate ongoing efforts to diagnose preclinical AD and, in consequence, would facilitate early therapeutic strategies before the presentation of the irreversible brain damage occurring at clinical stages,” adds Dr. Cuello, who likens this capacity to being able to forewarn of an imminent train derailment well before it would happen.

Dr. Cuello notes that these findings have also opened new avenues to explore, including whether this biochemical alteration is specific to AD, or whether it might play a role in other neurological diseases.

His group is also directing efforts to further diagnostic and therapeutic possibilities of this newly found NGF dysmetabolism. “Our lab is interested in the clinical translational value of this research,” he says. “We will continue investigations in experimental AD therapeutics. As an example, our lab has established a scientific platform for an early AD therapeutic based on Lithium microdoses, an approach which is currently being considered for clinical trials.”