McGill researchers’ findings show that may be the case

There remains a controversy in scientific circles today regarding the value of lithium therapy in treating Alzheimer’s disease. Much of this stems from the fact that because the information gathered to date has been obtained using a multitude of differential approaches, conditions, formulations, timing and dosages of treatment, results are difficult to compare. In addition, continued treatments with high dosage of lithium render a number of serious adverse effects making this approach impracticable for long term treatments especially in the elderly.

In a new study, however, a team of researchers at McGill University led by Dr. Claudio Cuello of the Department of Pharmacology and Therapeutics, has shown that, when given in a formulation that facilitates passage to the brain, lithium in doses up to 400 times lower than what is currently being prescribed for mood disorders is capable of both halting signs of advanced Alzheimer’s pathology such as amyloid plaques and of recovering lost cognitive abilities. The findings are published in the most recent edition of the Journal of Alzheimer’s Disease.

Building on their previous work

“The recruitment of Edward Wilson, a graduate student with a solid background in psychology, made all the difference,” explains Dr. Cuello, the study’s senior author, reflecting on the origins of this work. With Wilson, they first investigated the conventional lithium formulation and applied it initially in rats at a dosage similar to that used in clinical practice for mood disorders. The results of the initial tentative studies with conventional lithium formulations and dosage were disappointing however, as the rats rapidly displayed a number of adverse effects. The research avenue was interrupted but renewed when an encapsulated lithium formulation was identified that was reported to have some beneficial effects in a Huntington disease mouse model.

The new lithium formulation was then applied to a rat transgenic model expressing human mutated proteins causative of Alzheimer’s, an animal model they had created and characterized. This rat develops features of the human Alzheimer’s disease, including a progressive accumulation of amyloid plaques in the brain and concurrent cognitive deficits.

“Microdoses of lithium at concentrations hundreds of times lower than applied in the clinic for mood disorders were administered at early amyloid pathology stages in the Alzheimer’s-like transgenic rat. These results were remarkably positive and were published in 2017 in Translational Psychiatry and they stimulated us to continue working with this approach on a more advanced pathology,” notes Dr. Cuello.

Encouraged by these earlier results, the researchers set out to apply the same lithium formulation at later stages of the disease to their transgenic rat modelling neuropathological aspects of Alzheimer’s disease. This study found that beneficial outcomes in diminishing pathology and improving cognition can also be achieved at more advanced stages, akin to late preclinical stages of the disease, when amyloid plaques are already present in the brain and when cognition starts to decline.

“From a practical point of view our findings show that microdoses of lithium in formulations such as the one we used, which facilitates passage to the brain through the brain-blood barrier while minimizing levels of lithium in the blood, sparing individuals from adverse effects, should find immediate therapeutic applications,” says Dr. Cuello. “While it is unlikely that any medication will revert the irreversible brain damage at the clinical stages of Alzheimer’s it is very likely that a treatment with microdoses of encapsulated lithium should have tangible beneficial effects at early, preclinical stages of the disease.”

Dr. Cuello sees two avenues to build further on these most recent findings. The first involves investigating combination therapies using this lithium formulation in concert with other interesting drug candidates. To that end he is pursuing opportunities working with Dr. Sonia Do Carmo, the Charles E. Frosst-Merck Research Associate in his lab.

He also believes that there is an excellent opportunity to launch initial clinical trials of this formulation with populations with detectable preclinical Alzheimer’s pathology or with populations genetically predisposed to Alzheimer’s, such as adult individuals with Down Syndrome. While many pharmaceutical companies have moved away from these types of trials, Dr. Cuello is hopeful of finding industrial or financial partners to make this happen, and, ultimately, provide a glimmer of hope for an effective treatment for those suffering from Alzheimer’s disease. 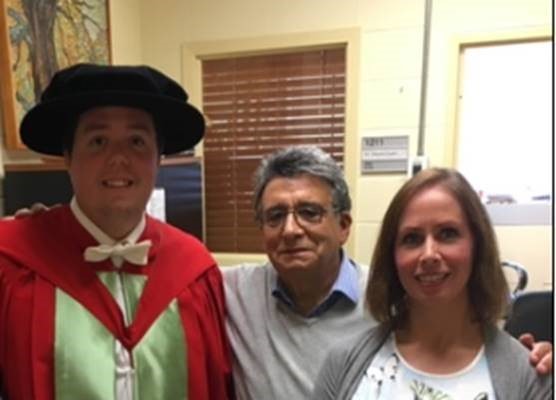 McGill to prepare the World Alzheimer Report for 2021 and 2022