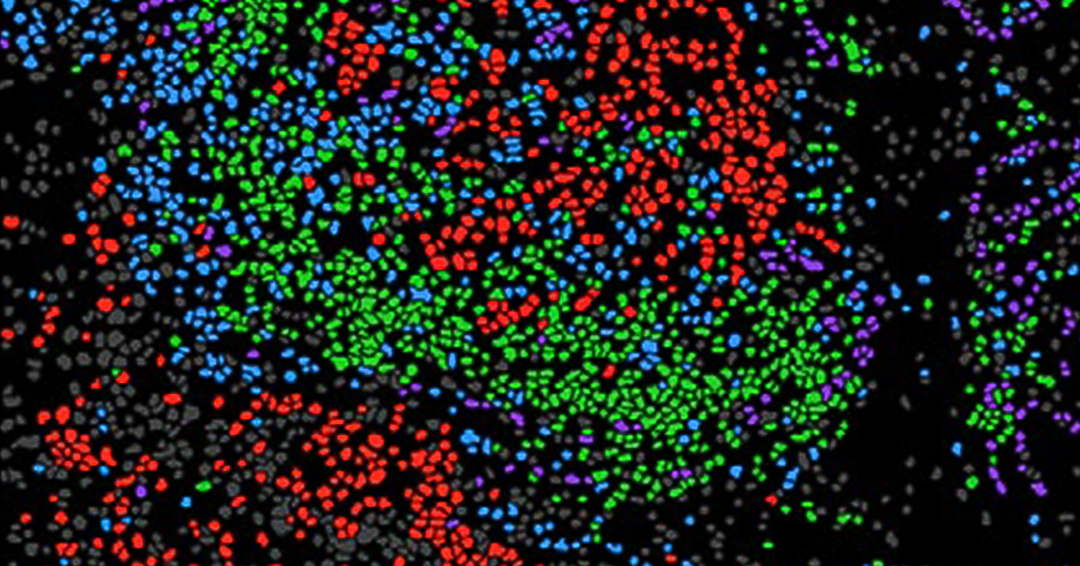 An innovative new approach highlights the relevance of immune cells’ position within melanoma to inform on a patient’s response to immune therapy.

A new study featured on the cover of Science Immunology seeks to improve the treatment of melanoma, a deadly form of skin cancer. Led by researchers from McGill University, this ground-breaking work uses Imaging Mass Cytometry (IMC), a new technique that retains spatial information about cell distribution in cancerous tumours. The results could improve prediction of melanoma patients’ response to immune therapy and offer insights that will guide personalized therapeutic approaches.

Led by Ian Watson, PhD, a research team at the Rosalind and Morris Goodman Cancer Institute (GCI) analyzed the position and markers of over 200,000 cells extracted from 67 melanomas. With this enormous amount of data, the researchers sought to determine if the position of immune cells relative to the cancer cells could influence the response to immune checkpoint inhibitors — drugs that stimulate immune cells to kill cancer cells.

“This study is innovative, as it was previously impossible to precisely locate the thousands of cells present in a melanoma tissue slide while measuring the dozens of markers necessary to uncover their identity and specific activity,” says Ian Watson, who is also an investigator in the Cancer Research Program of the Research Institute of the McGill University Health Centre (RI-MUHC), and Associate Professor in the Department of Biochemistry at McGill University. “This study is among the first of its kind applied to understanding melanoma immune therapy responses, using a new and evolving technology that was not available a decade ago.”

“Critically, we identified a subtype of T-cells whose abundance informed on a patient’s response to immune therapy,” says LeeAnn Ramsay, M.Sc., one of three co-first authors who equally contributed to this work and a research assistant with Ian Watson. “We showed that a higher proportion of proliferating, antigen-experienced cytotoxic T-cells was associated with a favourable response and improved survival in patients treated with immune checkpoint inhibitors,” explains co-first author Dan Moldoveanu, MD, a Ph.D. candidate supervised by Ian Watson and Sarkis Meteressian, MD, in the Department of Surgery at McGill University.

The researchers found that not only was the abundance of these T-cells important, but also their spatial organization within the tumour. “Furthermore, tumours in which antigen-experienced cytotoxic T-cells were situated in close proximity to tumour cells had higher rates of response to these agents” adds co-first author Mathieu Lajoie, PhD, a research associate with Ian Watson.

“Pretreatment stratification of advanced melanoma patients according to their likelihood of response to immune checkpoint inhibitors remains an elusive goal in precision medicine,” says Catalin Mihalcioiu, MD, a medical oncologist at the McGill University Health Centre and a co-author of the study.

“Further work is needed to refine this innovative technique, but our study shows that the spatial distribution of immune cells in a tumour will be important to inform clinical decision making and personalize therapeutic approaches in the treatment of melanoma and other cancers,” concludes Ian Watson.

Read the publication in Science Immunology

The authors thank the Quebec Cancer Consortium, the Single Cell Imaging and Mass Cytometry Analysis Platform (SCIMAP), and Histology Core facilities of McGill University as well as the Biobank Technology Platform at the RI-MUHC. Last but not least, this study could not have been conducted without the patients who consented to donate their samples and participate in the study.