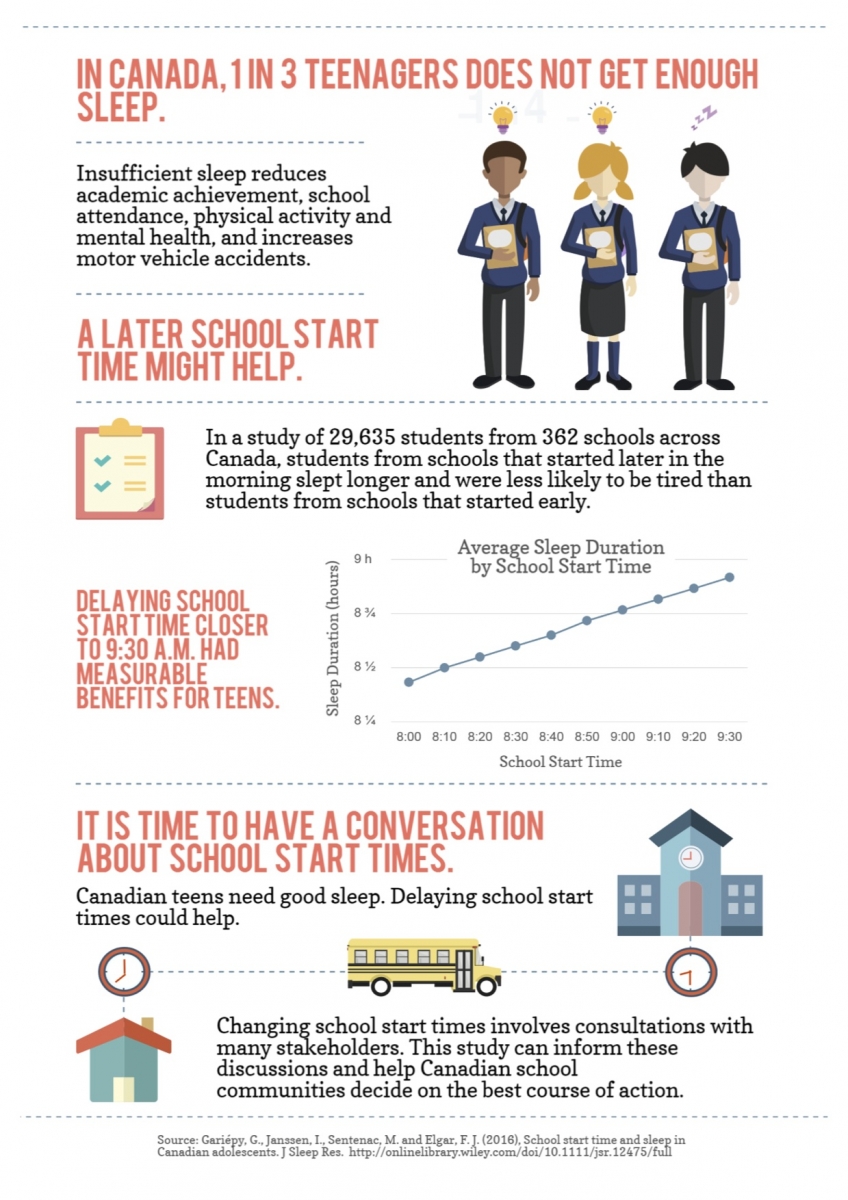 In a study published in the Journal of Sleep Research, the researchers found that students from schools that started earlier slept less, were less likely to meet the national sleep recommendations for their age, and were more often tired in the morning. The findings help explain why, according to recent data, one in three Canadian teenagers don’t get enough sleep.

“It is time that we have a conversation about school start time in Canada,” says lead author Geneviève Gariépy, a post-doctoral student in McGill’s Institute of Health and Social Policy.

“The problem is that early school start times conflict with the natural circadian clock of teenagers,” Gariépy says. “As teenagers go through puberty, their circadian clock gets delayed by two to three hours. By the time they reach junior high, falling asleep before 11 p.m. becomes biologically difficult, and waking up before 8 a.m. is a struggle. Adolescents are fighting biology to get to school on time.”

Previous research internationally has shown that teenagers who are sleep-deprived do worse at school, have more health problems, and are more vulnerable to depression, anxiety and behavioural problems.

The McGill researchers used Canadian data covering 30,000 students from 362 schools across Canada, from a cross-national survey conducted every four years in more than 40 countries in collaboration with the World Health Organization.

Start times in the Canadian schools ranged from around 8:00 to 9:30. “We found a strong association between later school start times and better sleep for teens,” says Prof. Frank Elgar, co-author of the study.

“Changing school start times involves consultations among various stakeholders, and logistical issues such as bus schedules,” Gariépy notes. “But these challenges can be overcome. A later school start-time policy has the potential to benefit a lot of students.”