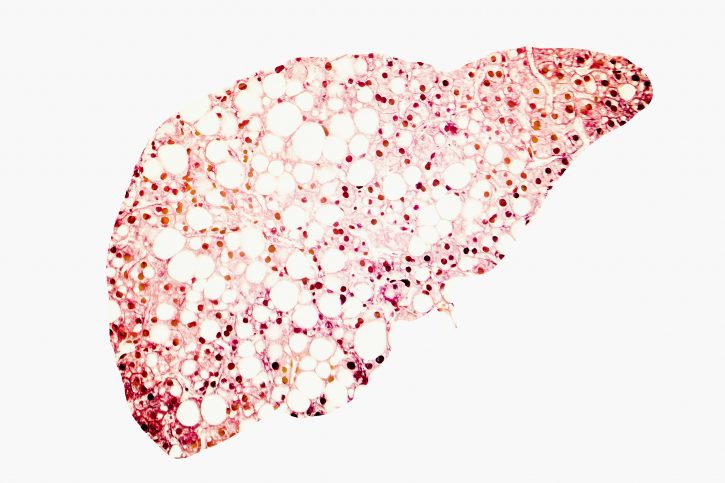 A type of fatty liver disease that commonly affects patients with HIV can be safely treated with vitamin E, a McGill-led study has found.

Nonalcoholic steatohepatitis (NASH) is a severe form of nonalcoholic fatty liver disease (NAFLD) and is characterized by liver inflammation and cell damage. It is a potentially dangerous condition that can progress to cirrhosis or liver cancer.

“Vitamin E has been shown to improve fatty liver in the general population,” says the study’s lead author Dr. Giada Sebastiani, Associate Professor in the Department of Medicine, McGill University and scientist at the Research Institute of the McGill University Health Centre. “Here we provide evidence for its beneficial effect and safety in people living with HIV, who have a higher prevalence of fatty liver disease.”

The study appears in the February 1, 2020 issue of the journal AIDS.

Dr. Sebastiani notes that NAFLD currently affects up to 48% of Canadians living with HIV and 25% of the general population, while NASH affects about one third of patients with NAFLD. There are several theories to explain the high prevalence of fatty liver among HIV-positive patients, explains Dr. Sebastiani: “It is possibly due to HIV-related inflammation, the antiretroviral drugs that they have to take lifelong, and to very frequent metabolic problems, such as diabetes and high lipids. Unfortunately, there is no approved therapy for fatty liver in people living with HIV.”

In the study, 27 patients with HIV and NASH were given vitamin E in an easily-tolerated dose of two pills per day. “We found that vitamin E improved both liver transaminases (the main blood tests for liver function) and liver fat measured by a non-invasive ultrasonographic test,” says Dr. Sebastiani. “These improvements were even more marked than those reported in the HIV-uninfected population.” Although she suspected vitamin E would reduce inflammation and fat in the HIV-positive group, Dr. Sebastiani was pleasantly surprised by the size of the effect.

Dr. Sebastiani notes that because the study did not have the benefit of a control group, and the study group was small and had a short follow-up (24 weeks), it’s considered a pilot project. “We would be interested in conducting a larger randomized controlled trial, with a longer follow-up,” she says.

Dr. Sebastiani came to McGill seven years ago from Italy with the goal of establishing a world-class research program focused on fatty liver and non-invasive diagnostic tools for liver disease. In the intervening years, cases of fatty liver disease, which was previously associated only with alcohol abuse, have exploded, particularly among obese Canadians. Dr. Sebastiani predicts that NAFLD will become the leading cause of liver transplants in the next 10 years. 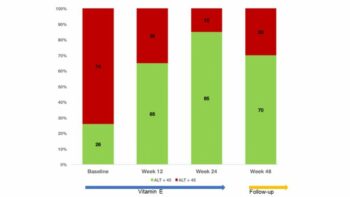