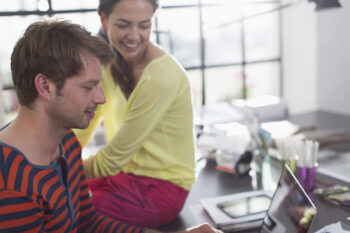 Anyone sexually active under age 30 should be offered testing for chlamydia and gonorrhea, according to a new guideline from the Canadian Task Force on Preventive Health Care published in CMAJ (Canadian Medical Association Journal).

Chlamydia and gonorrhea are the most commonly reported sexually transmitted bacterial infections (STIs) in Canada and are treatable with antibiotics. Without treatment, these infections can lead to pelvic inflammatory disease, pain and possibly infertility.

“If people are under 30 and sexually active, it’s a good idea to get tested,” says Dr. Ainsley Moore, a family physician and associate clinical professor, Department of Family Medicine, McMaster University, and chair of the task force chlamydia and gonorrhea working group. “Many people are asymptomatic and may not seek treatment so we’re recommending opportunistic testing — that is, at any health care visit.”

Why is the task force recommending screening?

This recommendation does not apply to pregnant people, people known to the clinician to be at increased risk based on sexual behaviours, or patients seeking care for a possible STI. Clinicians should consult national, provincial, or local guidance when providing care for these individuals.

Current practice in Canada recommends screening sexually active people who are not at high risk up to age 25.

“This recommendation to extend screening to age 30 reflects increasing rates of infection among Canadians aged 25 to 29 years,” says Dr. Donna Reynolds, a member of the working group, family physician and an assistant professor at the University of Toronto. “As it’s an easy test, usually a urine test or vaginal swab, it can be done at any visit to a physician, nurse practitioner or sexual health clinic.”

The recommendations also consider the potential for anxiety and embarrassment around screening for STIs.

“Although we recommend this as routine, clinicians know to expect feelings of fear, anxiety or embarrassment on the part of some patients and be ready to discuss these,” says task force member Dr. Brenda Wilson, a public health physician and professor at Memorial University, St. John’s, Newfoundland.

The guideline recommends also screening males as the primary source of infection for females, for whom the health consequences can be greater.

“Screening males, who are often without symptoms, may reduce transmission and complications in females and may improve health equity for females,” says Dr. Moore.

The task force engaged Canadians to understand their values and preferences around screening to inform recommendations. They expressed a strong preference for screening.

The College of Family Physicians of Canada, the Nurse Practitioner Association of Canada and the Canadian Association of Perinatal and Women’s Health Nurses have endorsed the guideline.

For the guideline, public infographic, clinician and patient FAQs, visit the chlamydia and gonorrhea guideline page at www.canadiantaskforce.ca. Listen to a podcast with author Dr. Ainsley Moore.

In a related commentary, Drs. Troy Grennan, BC Centre for Disease Control, Vancouver, British Columbia, and Darrell Tan, University of Toronto, write a “potential benefit of the authors’ recommendations is its potential to normalize conversations about sexual health and STIs between clinicians and patients, which have long been marred by stigma and shame. Offering screening may help patients feel that they ‘have permission’ to discuss health issues that may seem difficult to talk about.”

The commentary authors note that the lack of high-quality evidence on the topic should spur researchers to engage in future studies to inform guidelines and clinical practice.

About the Canadian Task Force on Preventive Health Care

The Canadian Task Force on Preventive Health Care is an independent panel of health professionals who are experts in clinical preventive health care and guideline methodology. The task force’s mandate is to develop and disseminate evidence-based clinical practice guidelines for primary and preventive care.