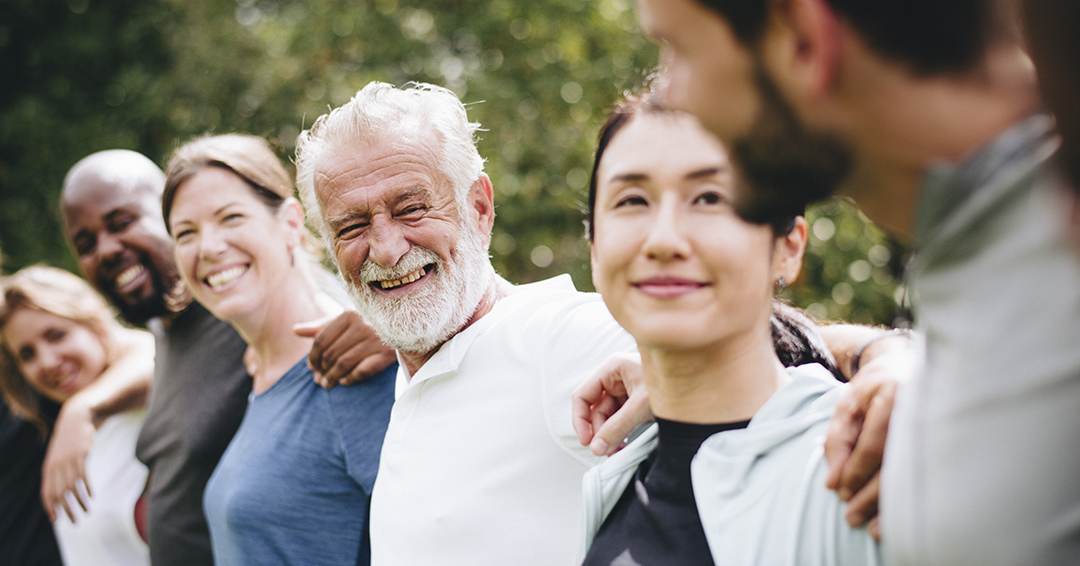 Danilo Bzdok, a researcher at The Neuro, McGill’s Department of Biomedical Engineering and the Quebec Artificial Intelligence Institute, uses machine learning to identify patterns in human neurological and psychological data. One of his team’s recent studies analyzed personality profiles, demographic status and social lifestyle from a cohort of 40,000 UK Biobank middle aged participants. Their research focused on how these factors are related to each other and to brain structure.

Could you briefly describe the study design?

These three factors are typically studied in isolation. We wanted to put items and indicators from these three domains into a test, to make them compete against each other, to directly compare, which are the most explanatory, given these other ones. And we use that to explain structural variation in what’s called the social brain.

What results did you get?

We found that across the three domains, the number of people living in somebody’s household had one of the largest effects in explaining variations in the social brain structure.

Through precise modeling of brain/behavior associations, we found that even very closely neighboring parts of the brain can have different and sometimes even opposite relationships with a certain brain/behavior association, in different age segments of the cohort. So age differences are a huge driver behind the extent and the directionality of how a certain part of the brain is reflecting some quantitative indicator of how people live, like the number of people in the household.

So the brains of 30-year-olds would differ from 60-year-olds in terms of how the number of people in the household affects their functioning. Is that right?

Yeah, exactly. We can’t just say a certain part of the brain is associated with this lifestyle marker. We have to contextualize it with age, and potentially other aspects of human diversity. How people are different from each other, in other words.

So what are the big takeaways from this study?

Our study provides population-level evidence of interrelationships and interdependencies between these three factors. We really need to take into account all three to explain variation in brain structure, and how it’s linked with a certain lifestyle factor.

All these things are intimately interdependent, as we can quantify in brain-imaging measurements. So we kind of knew that before, outside of the neurosciences. But now that we have rich population datasets from the UK Biobank resource, from tens of thousands of people, we can really begin to precisely model and disentangle to what extent these sectors are interrelated.

How important are open data repositories like the UK Biobank to your work?

The UK Biobank is really the favorite data set in my lab because we are a big data neuroscience lab. The emergence of the UK Biobank has marked a watershed event in the neurosciences for multiple reasons. One of them is that we can combine sources of knowledge and angles of investigation that were impossible before. We can do very creative quantitative analyses of what we call data fusion, bringing together variables and comparing them in new, exciting ways, like we set out to do with the present investigation.

And why is it important for us to understand the relationships between personality, demographics and social behaviour, and brain structure?

The most defining characteristic of humans is, in my opinion, the complexity of our social systems. There’s perhaps nothing that sets us apart more from other species than our capacity and modes of interpersonal interaction. That gave rise to language at a given point in human evolution, another capacity that made us special. And that’s also why it’s not surprising that aspects of our rich social life tie into other aspects of human activity, decision making, and personality.

It’s important to know how lifestyle choices intersect with other domains, to better understand how human social nature influences and is influenced by aspects of brain structure.

How will you build on this research in your future work?

Ups and downs in people’s everyday social stimulation affects not only psychological wellbeing, but they’re also closely related to major neurodegenerative diseases that impose a burden on our societies, in particular Alzheimer’s disease. This study is part of a series of investigations that we’re running in my lab, in collaboration with international collaborators, to measure the impact of social lifestyle on major neurodegenerative diseases.