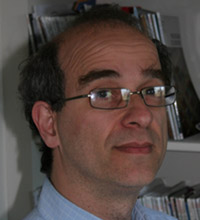 A recent study led by Gergely Lukacs, a professor at McGill University’s Faculty of Medicine, Department of Physiology, and published in the January issue of Cell, has shown that restoring normal function to the mutant gene product responsible for cystic fibrosis (CF) requires correcting two distinct structural defects. This finding could point to more effective therapeutic strategies for CF in the future.

CF, a fatal genetic disease that affects about 60,000 people worldwide, is caused by mutations in the cystic fibrosis transmembrane conductance regulator (CFTR), a membrane protein involved in ion and water transport across the cell surface. As such, CF is characterized by impaired chloride secretion causing the accumulation of viscous mucous that may cause multiple organ dysfunctions, including recurrent lung infection.

The most common mutation in CFTR, known as deltaF508, is caused by a single amino acid deletion and results in a misfolded version of CFTR that is retained within the cell and quickly degrades rather than being trafficked to the cell membrane where it would function as a chloride channel.

In 2005, Lukacs and his lab suggested that deltaF508 mutation effect is not restricted to the domain (the nucleotide binding domain 1 or NBD1, one of five building blocks of CFTR) where the deltaF508 is located. Specifically, his team found that the mutation destabilizes the NBD1 as well as the NBD2 architecture, suggesting that domain-domain interaction plays a critical role in both normal and pathological CFTR folding.

Building on his team’s previous work and computer generated models of CFTR, Lukacs and his team set out to determine whether it was possible to correct both NBD1 stability and domain-domain interaction defect. Using a combination of biophysical, biochemical and genetic techniques, the team found that only simultaneous correction of both folding defects was able to ensure normal-like cell surface expression and function of the mutant.

“These findings offer a plausible explanation for the limited efficiency of the available correctors currently under clinical trial. If there are two different folding steps to correct, it is difficult to envision how a single drug could work,” explained Lukacs. “The proposed two-step folding model points to the fact that the correction strategy has to be reconsidered.”

For more information on the study, please visit: