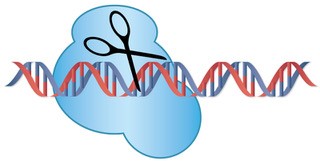 A new bioinformatics tool, MHcut (https://mhcut-browser.genap.ca/), developed by researchers in Kyoto (Japan) and Montreal, reveals that a natural repair system for DNA damage, microhomology-mediated end joining, is probably far more common in humans than originally assumed. Using MHcut and commercial genome-editing technology, the researchers created mutations in iPS cells with extraordinary precision to model diseases without the need of patient samples. This combination, which can be read about in Nature Communications, will make it much easier to study diseases even when patients are rare or unavailable.

The famous double helix of DNA describes the shape of two strands of base pairs that align with one another. Evolution has developed multiple repair systems for disturbances in the strands, for example, double-stranded breaks. In fact, our cells are constantly repairing damage in our DNA. The two most commonly studied systems are non-homologous end joining and homology directed repair. The laboratory of CiRA Associate Professor Knut Woltjen has been studying a third, less appreciated repair system to develop new gene editing technologies.

“Its importance in DNA repair in the laboratory setting has been known for some time, but only through this work have we come to appreciate the extent of its relationship with deletion variants in the human population,” he says.

Indeed, using MHcut, Ph.D. student Janin Grajcarek discovered that 57% of all deletion mutations in the human genome are flanked by microhomologous sequences that are at least three base pairs long, a percentage much larger than expected by chance alone.

Grajcarek believes that these deletions will enable new insights on the function of the genome. “Less than 0.1% have been connected to a disease. The other 99.9% nobody has identified their impact yet,” she says.

Popular gene-editing technologies like CRISPR/Cas9 operate by exploiting natural DNA repair systems such as non-homologous end joining, homology directed repair, and MMEJ. Woltjen’s team has shown in earlier work that MMEJ offers higher precision than these other systems. Now with MHcut, the new study shows scientists how to identify deletion mutations in the human genome that can be recreated with MMEJ in the laboratory.

To demonstrate this point, the lab modified three genes in human iPS cells.

“DYSF regulates muscle repair, and its mutations are associated with muscular dystrophy. ALAS2 and FECH encode enzymes for the heme synthesis pathway. Mutations in ALAS2 and FECH both cause photosensitivity of the skin and in some cases liver damage. There are currently no disease models for ALAS2 available,” explains Grajcarek.

After manufacturing the mutations, the Woltjen group joined efforts with CiRA colleagues who are experts in generating muscle cells (for the DYSF mutation) and red blood cells (for the ALAS2 and FECH mutations) from iPS cells, Associate Professors Hidetoshi Sakurai and Megumu Saito. The edited cells showed characteristics consistent with the disease in patients.

“For orphan diseases, it can be difficult to find patients. Also, it takes time to reprogram the samples to iPS cells. MHcut simplifies the study of rare diseases,” says Saito.

According to Grajcarek, the success of the project was fortuitous. Using very basic software, she had discovered that microhomologies were surprisingly common in gene variants of the X chromosome, but to confirm this feature in all chromosomes required a more complex analysis. It was at that time two bioinformaticians at McGill University in Montreal, Prof. Guillaume Bourque and Dr. Jean Monlong, who happened to be visiting Japan as part of Kyoto’s Top Global University Project, joined the project.  The McGill professors provided support with the bioinformatics analysis in addition to developing an online tool with their colleagues in Kyoto that will facilitate others employing their approach for future studies.

“The analysis could not have proceeded as quickly as it did if Jean and Guillaume hadn’t been in Kyoto just at the point when we needed bioinformatics support. This research shows the power of collaborating across disciplines and countries,” she says.