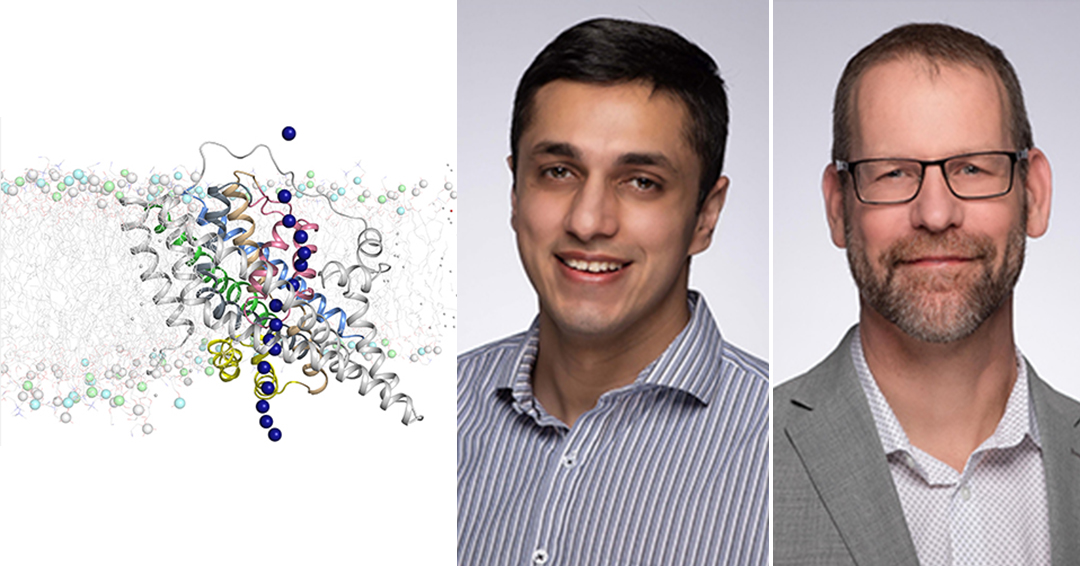 A new study finds mutations affecting the chloride channel of a glutamate transport protein in a rare disorder involving recurrent episodes of discoordination, imbalance and migraine

Published this week in the Journal of Clinical Investigation, a study co-led by researchers from the Research Institute of the McGill University Health Centre (RI-MUHC) and the University of Sydney increases understanding of the rare disease known as episodic ataxia type 6 (EA6). This debilitating illness severely impacts balance and coordination and causes migraine. The results of this study may lead to improved treatments for patients suffering from episodic ataxia and similar disorders.

Episodic ataxias are generally known as “channelopathies” because they are caused by defects in proteins that act as channels for potassium or calcium movement in the nervous system. This work is the first in vivo study to demonstrate a specific role for chloride channels in EA6.

The researchers focussed on genetic mutations in the gene SLC1A3 identified in patients with EA6. The SLC1A3 gene encodes a protein called EAAT1, which is part of a broader group of proteins called excitatory amino acid transporters (EAATs). EAATs are vital to the function of the nervous system, particularly in the brain and spinal cord. EAATs are transport proteins that play a pivotal role in recycling glutamate, the major excitatory neurotransmitter responsible for communication between neurons. EAATs are less well known in their additional role as channels for the movement of chloride ions, which are also vital for normal brain function.

“Studying the role of EAAT1 protein mutations in episodic ataxia is not straightforward. This protein has a dual function as both a glutamate transporter and as a chloride channel. The chloride channel function is activated by the glutamate transport function, making it difficult to disentangle one function from the other,” says Don van Meyel, PhD, senior scientist in the Brain Repair and Integrative Neuroscience (BRaIN) Program at the RI-MUHC.

“A key step toward improved treatment for EA6 is knowing whether the disease stems from inappropriate glutamate transport, from problems with chloride channels, or both,” adds study co-leader Renae Ryan, PhD, of the School of Medical Sciences at the University of Sydney.

“We characterized the mutations in a frog oocyte model, then using the fruit fly model, we demonstrated that an increase or decrease in EAAT1 chloride channel activity can affect motor function,” explains first author Qianyi Wu, PhD, a student with Renae Ryan at the time of this study. “We were able to show that several mutations in EAAT1, evident in EA6 patients, impacted the chloride channel while the glutamate transporter function of this protein was unaffected.”

“This suggests that episodic ataxia type 6 may be directly linked to lack of chloride homeostasis in the brain, and not to glutamate transport,” adds Azman Akhter, M.Sc., co-author and former M.Sc. student with Don van Meyel. “Since EAAT1 is highly enriched in glial cells in the human brain, we believe they are the source of this chloride homeostasis, an idea supported by our fruit fly model.”

“Additionally, we were able to identify a mechanism by which one severe mutation in the SLC1A3 gene also causes an unusual leak of sodium ions through EAAT1,” explains Shashank Pant, PhD, a postdoctoral fellow who conducted computer modelling of the EAAT1 structure in the lab of collaborator Dr. Emad Tajkhorshid of the University of Illinois.

“Our results strongly support the idea that EA6 is primarily a chloride channelopathy of glial cells in the brain,” says Renae Ryan. “This has profound impact on our understanding of this disease and could inform future treatments for patients with this rare disorder.”

Read the publication in Journal of Clinical Investigation

RI-MUHC and University of Sydney