A research team, led by the Research Institute of the McGill University Health Centre (RI-MUHC) in Montreal, has broken new ground in our understanding of the complex functioning of the brain. The research, published in the current issue of the journal Science, demonstrates that brain cells, known as astrocytes, which play fundamental roles in nearly all aspects of brain function, can be adjusted by neurons in response to injury and disease. The discovery, which shows that the brain has a far greater ability to adapt and respond to changes than previously believed, could have significant implications on epilepsy, movement disorders, and psychiatric and neurodegenerative disease.

Astrocytes are star-shaped cells in our brain that surround brain neurons, and neural circuits, protecting them from injury and enabling them to function properly – in essence, one of their main roles is to ‘baby-sit’ neurons. Our brain contains billions of cells, each of which need to communicate between each other in order to function properly. This communication is highly dependent on the behaviour of astrocytes. Until now, the mechanisms that create and maintain differences among astrocytes, and allow them to fulfill specialized roles, has remained poorly understood.

“It was believed that astrocytes acquired their properties during the development of the brain and then they were hardwired in their roles,” says senior study’s author Dr. Keith Murai, director of the Centre for Research in Neuroscience at the RI-MUHC, associate professor of the Department of Neurology and Neurosurgery at McGill University. “We have now discovered that astrocytes are actually incredibly flexible and potentially modifiable, which enables them to improve brain function or restore lost potential caused by disease.’’

The researchers discovered that there is a little dial-like mechanism on astrocytes that enables neurons to adjust astrocytes to ensure they provide the right kind of support. “This ‘dial’ is likely used to tune the astrocyte’s response in the normal brain but also in different diseases like Alzheimer’s or Parkinson’s, or injuries such as stroke and trauma, for example,’’ explains Dr. Todd Farmer, the study’s first author and a post-doctoral fellow in Dr. Murai’s laboratory at the Montreal General Hospital of the MUHC. “Our findings help us to better understand the complexity of the brain and also grasp mechanisms that can be used to reduce brain injury and disease.’’

Researchers conducted most of their experiments on mouse models and studied a specific pathway called the Sonic Hedgehog (SHH) signaling pathway, which is well known in brain development 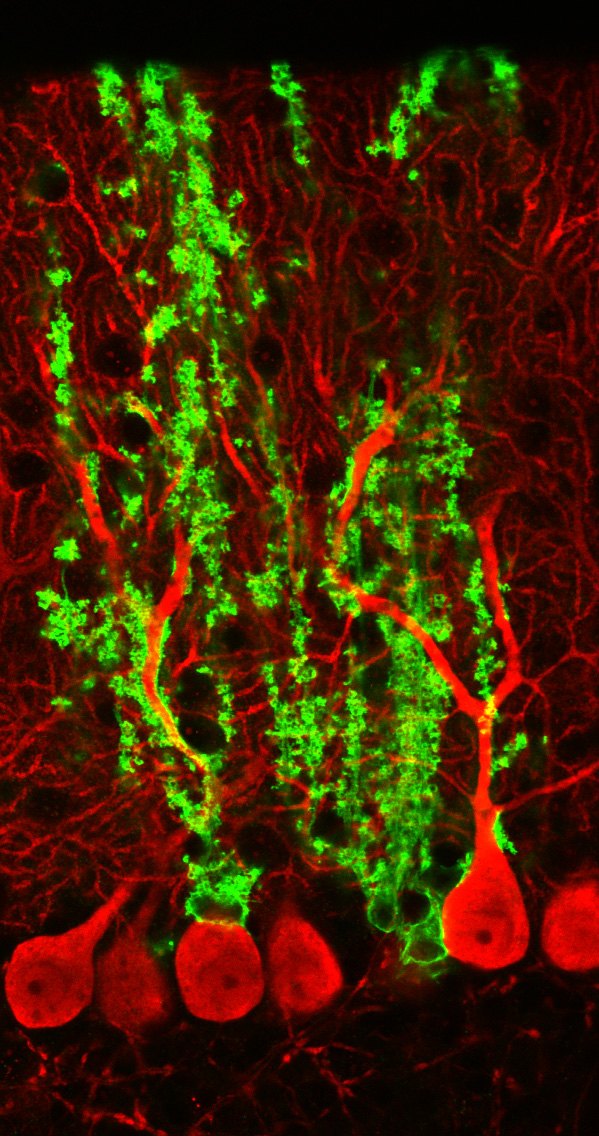 and cancer. By using a combination of advanced genetics, molecular approaches, and microscopy techniques, they found that this signaling pathway is used in the adult brain in a completely novel way. The SHH pathway was found to induce disparate changes in astrocytes in different brain regions.

“This is an extraordinary mechanism in the healthy, mature brain that creates diversity of brain cells,’’ says Dr. Murai. “Now, our goal is to see how this mechanism is affected in different brain diseases and determine if it can be harnessed to protect neurons and ultimately preserve brain function.’’

“Dr. Murai and his team have made a remarkable discovery that will advance our understanding of fundamental mechanisms that play a role in brain disease,” says Inez Jabalpurwala, president and CEO of Brain Canada Foundation. “We are pleased to support this kind of transformative research which will ultimately lead to improved health outcomes.”

“This exciting discovery by Dr. Murai and his team has the potential to impact the understanding of and ultimately future treatments for a number of neurodegenerative diseases,” said Alexandra Stewart, executive director of the Weston Brain Institute. “The Institute was established in an effort to further support these types of breakthroughs. Over the past years, we have been an enthusiastic partner with Dr. Murai and congratulate him and his team on their incredible work.”