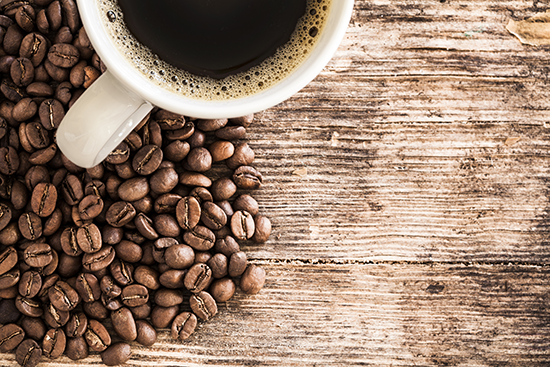 Science has shown that coffee drinkers have a lower risk of developing Parkinson’s disease than people who never drink it. But that doesn’t necessarily mean that drinking coffee may relieve the debilitating symptoms of Parkinson’s. According to a new research from Canadian scientists led by the Research Institute of the McGill University Health Centre (RI-MUHC), caffeine cannot be recommended as a therapy for movement symptoms in patients with Parkinson’s disease. Their findings are published today in the online issue of Neurology®, the medical journal of the American Academy of Neurology.

The research team had conducted a previous study, published in Neurology in 2012, which suggested that caffeine helps reduce movement symptoms for people with Parkinson’s disease. It was one of the first studies in the field to observe the possible benefits of caffeine on patients’ motor symptoms such as the speed of movement and the reduction in muscle stiffness. But because the study was small and lasted only six weeks, they decided to investigate further but the outcomes were not what they expected.

“At the time, it was exciting to think that caffeine, one of the most widely used psychomotor stimulants in the world, could be a safe and inexpensive therapy option to help people who already have Parkinson’s,” says lead study author, Dr. Ronald B. Postuma, who is a clinician-scientist at the Montreal General Hospital site of the RI-MUHC and a professor of Medicine in the Department of Neurology and Neurosurgery at McGill University. “But the results of our most recent study show otherwise. Nevertheless, it remains true and well established that people who do not drink coffee during life seem to be at higher risk for Parkinson’s disease. So we still do not fully understand the relationship between caffeine and Parkinson’s.”

The researchers followed people aged 45 to 75 years who had been diagnosed with Parkinson’s disease for an average of four years. A total of 121 patients were recruited from six sites across Canada and one in Brazil. Of those, half were given a 200-milligram capsule of caffeine twice daily, once in the morning and once after lunch, the equivalent of three cups of coffee per day, while the other half were given placebo capsules. To help them adjust to the caffeine, the dose was increased slowly, starting with the placebo and reaching 200 milligrams at week nine. The study participants were followed for six to 18 months.

Researchers found there was no improvement in movement symptoms for people who had taken the caffeine capsules compared to those who took the placebo capsules. There was also no difference in quality of life. Because these data showed no benefit with taking caffeine, the researchers decided not to pursue the study further.

“While our previous study showed possible improvement in symptoms, that study was shorter, so it’s possible that caffeine may have a short-term benefit that quickly dissipates,” says Dr. Postuma who is also a member of the American Academy of Neurology. “Regardless, our core finding is that caffeine cannot be recommended as therapy for movement symptoms of Parkinson’s disease.”

One limitation of this study was that researchers did not measure caffeine in the blood of people during the study and it’s possible some may not have adhered to study requirements, affecting results. Also, the caffeine dose chosen was based upon previous studies and it’s possible a higher dose may have different effects.

CBC | Coffee didn’t work to treat Parkinson’s, but may play role in prevention

Daily Mail | Coffee does NOT treat Parkinson’s: Study refutes myth that a jolt of caffeine can relieve debilitating symptoms