Variants found in this population may predispose to brain aneurysm

A new study has found that an Inuit population in Canada’s Arctic are genetically distinct from any known group, and certain genetic variants are correlated with brain aneurysm.

Geographically isolated populations often develop unique genetic traits that result from their successful adaptation to specific environments. Unfortunately, these adaptations sometimes predispose them to certain health issues if the environment is changed; and the genetic background of these populations often are poorly understood because they live far from scientific research centres.

Canada’s Inuit have higher prevalence of cardiovascular disorders, as well as increased incidence of brain aneurysms, than the general population. To learn about the possible genetic origin of these disorders, researchers at The Neuro (Montreal Neurological Institute and Hospital) of McGill University analyzed the genetic characteristics of 170 Inuit volunteers from Nunavik, a region of northern Quebec. This was done with approval from Nunavik Nutrition and Health Committee in Kuujjuaq, Nunavik.

Using exome sequencing and genome-wide genotyping, the researchers found several interesting traits among the Nunavik Inuit. They are a genetically distinct population, whose closest relatives are the Northeastern Siberians and Greenlandic Inuit. They may also contain a small amount of Paleo-Eskimo ancestry, a population that inhabited the Arctic before the Inuit.

The Nunavik Inuit have distinct genetic signatures in pathways involving lipid metabolism and cell adhesion. These may be adaptations to adjust to the high-fat diet and extreme cold of the Canadian north.

One of these unique genetic variants correlates with a higher risk of brain aneurysm, also known as intracranial aneurysm, a weakening in the wall of a cerebral artery that causes ballooning. In serious cases the arterial wall may rupture, a potentially fatal condition known as a brain hemorrhage.

This study, published in the journal Proceedings of the National Academy of Sciences, is the first genetic study to highlight the genome-wide architecture of Nunavik Inuit with emphasis on natural selection in gene coding regions, from which may arise the genetic risk responsible for their predisposition to diseases such as intracranial aneurysm. Non-European populations, particularly those isolated populations in remote areas of the world, are underrepresented, or not presented at all, in genetics studies. Understanding the genetic makeup of non-European peoples, especially those isolated populations with unique genetic background, such as Nunavik Inuit, will improve our ability to deliver medical therapies tailored for them.

“In the case of the Nunavik Inuit, our results emphasize the need to provide effective neurological services,” says Dr. Guy Rouleau, the study’s senior author. “Future research will build on the findings to determine if these unique genetic traits increase risk of aneurysm, and if so, what interventions can be designed to reduce this risk. Thank you to the study participants and the Nunavik Nutrition and Health Committee for their collaboration and input.”

This research was funded by the Canadian Institutes of Health Research and the Heart and Stroke Foundation of Canada. 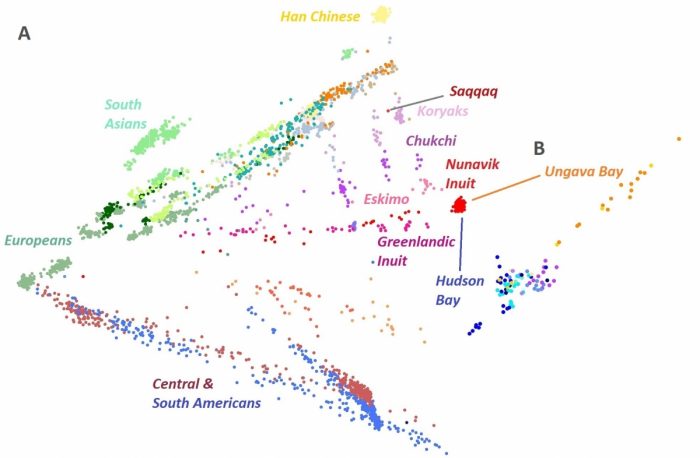