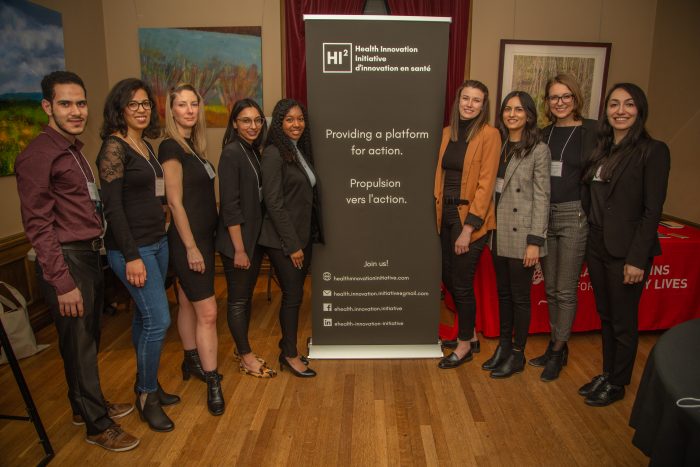 “Your plans might be a straight line, but reality never is,” said Jaime Padros, co-founder and president of Bioauxilium Research Inc., a biotech company focused on the design, development, and manufacturing of cutting-edge research assay kits.

Padros was speaking to a room full of students and fellow industry leaders and entrepreneurs at the third annual Health Startup Day, held at McGill University on February 26, 2020. Along with the three other speakers of the evening — Mimi Galiana, co-founder and CSO of Saccade Analytics, Negin Ashouri, co-founder and CTO at FemTherapeutics, and Samir Mounir, director of Commercial Development in IT, Healthcare, Life Sciences, and Innovations at Caisse Desjardins du Réseau de la santé — Padros talked about the path from academia to entrepreneurship.

“If you wait to have everything in hand before you start, you will never start,” he said. “You have to take a risk.” 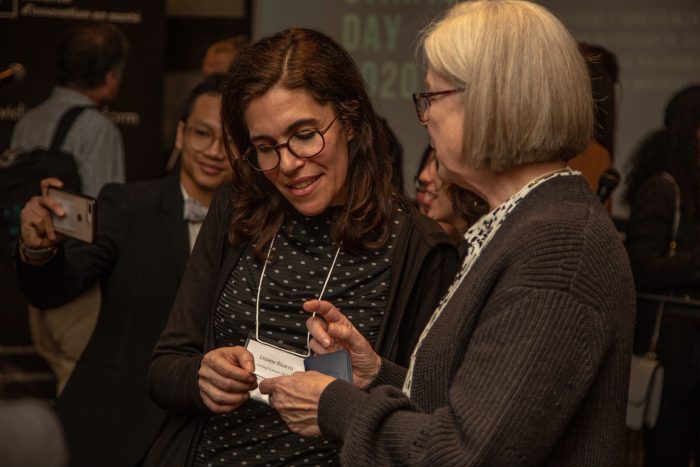 It was by students taking a risk that Health Startup Day first came about. Like all good startups, the idea grew out of an unmet need. Nevicia Case, a PhD candidate in psychiatry at McGill, was looking for information about careers outside of academia, but with little luck. She asked around and found she wasn’t the only graduate student who was frustrated with the lack of specific resources, so she and a couple of fellow students decided to take matters into their own hands.

The group initially decided to create an event that would inform graduate students about available opportunities, teach them some of the skills needed to crossover into industry, and, perhaps, inspire them towards entrepreneurship.

The first event was held in 2018 and was a huge success. By the second year, Case — along with other students who had come together to help her — decided to establish themselves as an organization, the Health Innovation Initiative (HI2). The goal of the initiative is to “create opportunities for post-secondary students and researchers in the health and life sciences to explore entrepreneurship and applications of their expertise and skills beyond academia.”

“All these people who are in health and life sciences want to learn more about entrepreneurship, they want to know about alternative career paths, they want to know that their research skills matter outside of academia,” said Caitlin MacEachen, MSc ’19, cofounder and copresident of HI2.

The initiative has already moved beyond a student-only organization and a single event. “After trying to fit everything into a four-hour time slot last year, we decided to spread out the events throughout the year,” explained Case. This year, HI2 has already collaborated with Montreal NewTech to organize a Creative Collisions DemoNight on artificial intelligence and life sciences. They are currently planning other events including a panel discussion and a case competition to be held later in 2020. 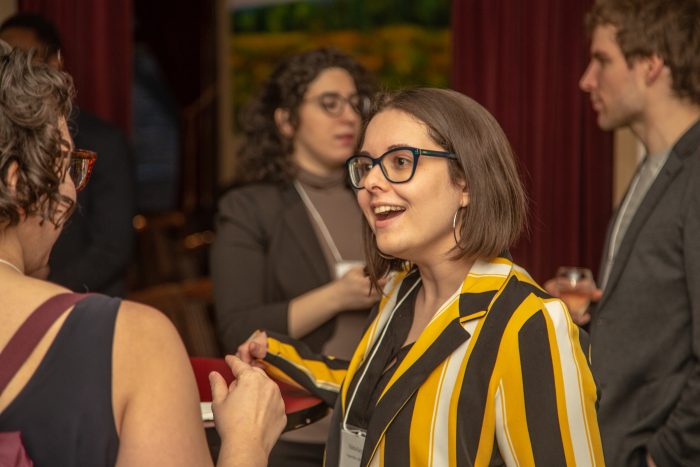 This year’s Health Startup Day focused on networking, something that the founders of HI2 have already shown they are good at by teaming up with the Healthy Brains, Healthy Lives multidisciplinary initiative at McGill and the event design agency Imagine Ideation to organize the event. They also got sponsorship, this year from Caisse Desjardins du Réseau de la santé.

Students from diverse fields attended the event. Saba Aslani, who is pursuing her master’s in neuroscience at McGill, was there to explore her options after graduation. Kristen Vanderwee, a student in philosophy who also works as a research assistant at the Institute for Health and Social Policy at McGill, said she came to the event to network and to learn more about Negin Ashouri’s FemTherapeutics project. “I’m really interested in the ethics of artificial intelligence,” she said.

Another attendee was Naghmeh Ansari, a computer science student at Concordia University and a surgical innovation fellow at McGill University, who is already working with others to launch a health startup. “I came to network and to get ideas from different startups, what paths they took and what they learned,” she said.

The event organizers brought together representatives from various areas of health innovation. “There are researchers here from academia, entrepreneurs, people from accelerators and finance, people from all over,” said Saima Ahmed, a PhD candidate in experimental medicine at McGill who is also a co-founder of HI2. “And as you can see, people are connecting and talking. That is what we wanted.”

“It’s one thing to bring people from different disciplines and industries into a room, and another to foster meaningful, relevant connections that last beyond the event,” added Amanda Chalupa, a PhD candidate in cultural psychiatry at McGill, and an associate at Imagine Ideation. “People’s time is limited, so we wanted to make sure that this event brought value to all involved. HI2 is on the right track toward becoming a meaningful community player — a necessary bridge even — for the academic and entrepreneurship communities.”

A sure sign of success? One company, albeit a nonprofit one, has already grown out of Health Startup Day: Case, MacEachen, and Ahmed plan to apply for official nonprofit status later this month.