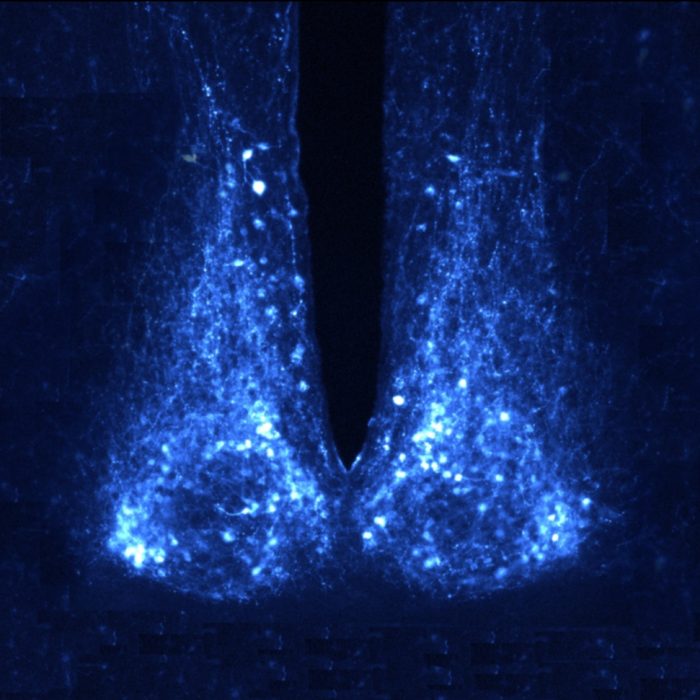 A new study from McGill University shows that increases in the concentrations of blood sodium can have an influence on the biological clock of mice, opening new research avenues for potentially treating the negative effects associated with long distance travel or shift work.

The findings, published in Nature by former McGill PhD student Claire Gizowski and Charles Bourque, a professor in McGill’s Department of Neurology-Neurosurgery, are the first to show that injecting mice with a salt solution leads to the activation of neurons associated with the brain’s master circadian clock – the suprachiasmatic nucleus (SCN).

Our biological clock – or circadian rhythm – adapts our body’s cells and organs to changing requirements at different times of day. Prolonged disruption of these rhythms because of jetlag or shift work can lead to adverse health effects.

Though it is well established that light is the primary factor regulating our body’s biological clock, it was unknown if or how physiological factors could regulate the SCN.

“Our study is the first to show that the SCN is listening to physiological signals and that such signals can in fact regulate clock time,” says Bourque.

Gizowski and Bourque were able to show that salt-sensitive neurons found in a specific region of the brain – the organum vasculosum of the lamina terminalis – are capable of activating the brain’s master circadian clock at a time of day when it is normally silent.

“This suggests that there could be ways by which we could speed up the clock, which could be useful to adapt more quickly to the time change associated with long distance travel, or when our work schedule is shifted by several hours,” explains Gizowski.

The researchers now hope to establish if natural increases in blood sodium levels – through eating – have the same effect and whether or not these also occur in humans.

“One concern is that although ingestion of small amounts of salt is pleasant and not dangerous, it can be toxic when consumed in large amounts,” Bourque adds. “Much more work is needed to examine if this finding is applicable to humans in a safe and practical way.”

Image caption : Researchers from McGill University have shown that injecting mice with a salt solution leads to the activation of neurons associated with the brain’s master circadian clock – the suprachiasmatic nucleus (shown here).
About this study

“Sodium regulates clock time and output via an excitatory GABAergic pathway,” by Claire Gizowski and Charles W. Bourque was published in Nature.

This work received financial support from the Canadian Institutes of Health Research.