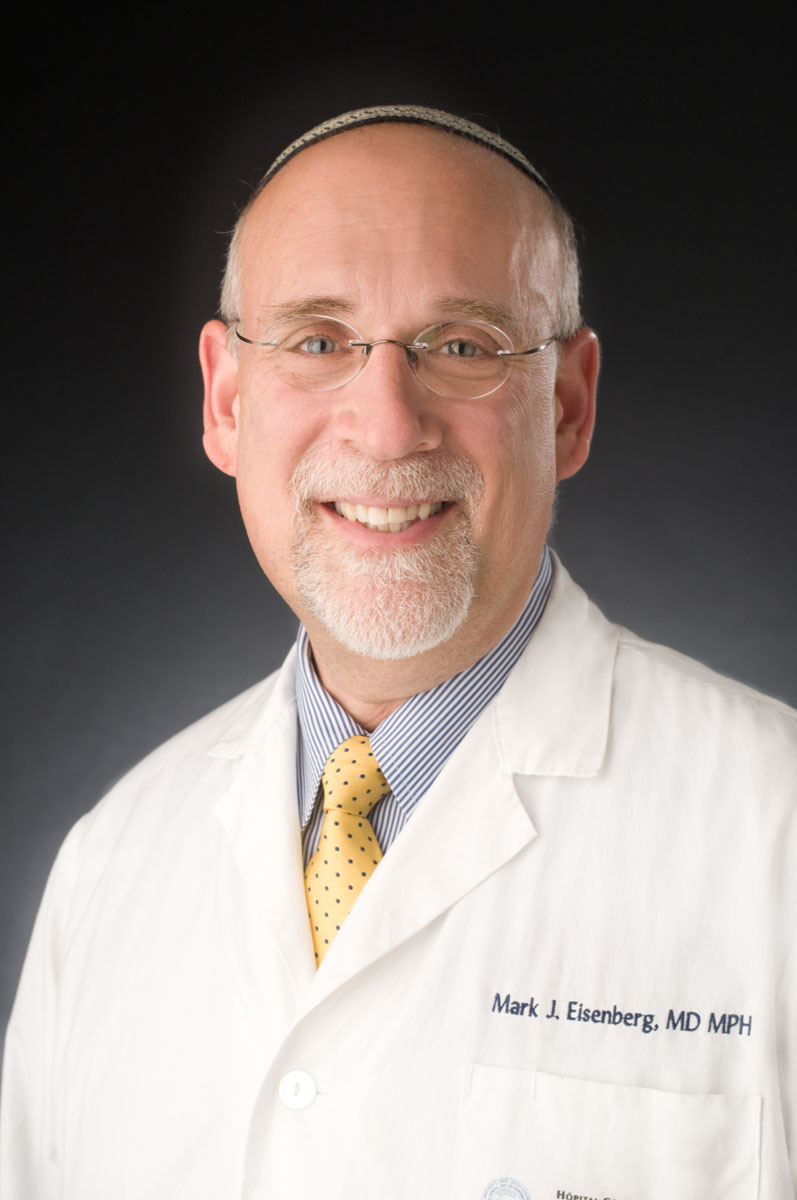 Source: Lady Davis Institute (By Tod Hoffman)
In patients who have had a heart attack, the drug varenicline significantly reduced smoking during the following year, found a randomized controlled trial published in CMAJ (Canadian Medical Association Journal).
Patients who smoke after an acute coronary syndrome, including a heart attack (myocardial infarction) or unstable angina (reduced blood flow to the heart) are at increased risk of another attack and death if they do not quit.
Researchers looked at the efficacy of varenicline in patients with acute coronary syndrome to determine whether it would increase smoking abstinence. The randomized controlled trial included 302 patients at centres in Canada and the United States who had been admitted to hospital for acute coronary syndrome, were motivated to quit smoking and who smoked at least 10 cigarettes a day for the previous year. Patients received smoking cessation counselling as well as either varenicline or a placebo control for 12 weeks. Most participants had moderate to severe nicotine dependency.
Varenicline has been shown to be efficacious in stopping smoking in patients with heart attack within the first 6 months, but its longer term efficacy was not previously known. About 40% of participants who received varenicline were not smoking at one year, compared with 29% in the placebo group. Reductions in daily cigarette smoking of at least 50% were also higher in the varenicline group (57.8%) compared with the placebo group (49.7%). Rates of adverse events were similar in both groups.
“This suggests that varenicline is safe for use in these patients,” said Dr. Mark Eisenberg, of the Lady Davis Institute and Jewish General Hospital. “However, new strategies for smoking cessation are still needed, given that 60% of smokers who received treatment with varenicline returned to smoking by one year after their acute coronary syndrome.”
The authors note that if varenicline was used as routine treatment in smokers after heart attack, it would reduce smoking in this group by about 10%.
In a related commentary, Dr. Robert Reid, of the University of Ottawa Heart Institute and coauthors write, “Given the powerful effect of smoking cessation on subsequent cardiovascular morbidity and mortality, smoking cessation interventions including counselling and medications [such as varenicline], initiated in the hospital and integrated into post-discharge support, should be standard practice for patients with acute coronary syndrome receiving treatment at hospitals in Canada. Anything less reflects substandard care.”
“Smoking abstinence 1 year after acute coronary syndrome: follow-up from a randomized controlled trial of varenicline in patients admitted to hospital” is published March 26, 2018, CMAJ