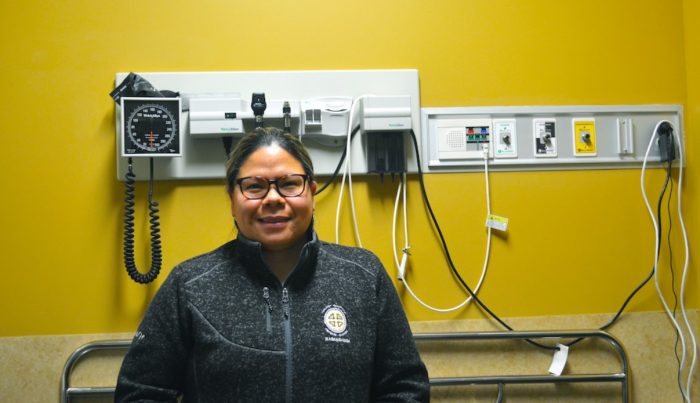 This article was written by Patrick Quinn and was originally published on The Nation, an independent Indigenous news source serving the Cree of James Bay. Disclosure information is available on the original site.

Once a year, nurses in Eeyou Istchee gather outside their home communities for a week of skills training. This year’s training included the unique opportunity to learn from the latest medical simulation technologies at McGill University’s Steinberg Centre for Simulation and Interactive Learning in Montreal.

Over 100 “extended role” nurses from across the territory benefited from the centre’s realistic simulations tailored to reflect Cree people, resources and cultural practices. These Community Miyupimaatisiiun Centre (CMC) nurses have a more autonomous and extended role and are authorized to treat and assess patients according to specific clinical and legal guidelines.

“We’re using everything the centre has to offer and putting our northern flavour to it,” said Nicolas Cardinal, the Cree Health Board’s Interim Assistant Director of Professional Services and Quality Assurance. “We can create simulations and scenarios that not only reflect the practice, but the practice up North, which is totally different.”

These differences include the common absence of doctors on-site, requiring nurses to consult with them via telephone during diagnosis and potentially arrange medevac transfers. With a higher rate of diabetes and obesity in the territory, nurses need to be aware of how these conditions may change the ways symptoms are presented.

“We can create simulations and scenarios that not only reflect the practice, but the practice up North, which is totally different.”  — NICOLAS CARDINAL, THE CREE HEALTH BOARD’S INTERIM ASSISTANT DIRECTOR OF PROFESSIONAL SERVICES AND QUALITY ASSURANCE

“We have actors reflecting the realities of how we interact,” Cardinal told the Nation. “We integrate culture within the different situations – for example, having the grandmother as an actor. Within the simulations themselves, there are many different diagnoses we customize to take into account the culture.”

Professional actors in the simulations are provided patient profiles with conditions that should be diagnosed by nurses. As well, fascinating high-definition mannequins replicate vital signs and can be inserted with IVs. Steinberg’s team of medical professionals coordinate the desired mannequin symptoms through communication with a separate control room.

“They created their scenarios – we’re just assisting them to bring them to life,” said Diane Weidner, Steinberg’s Communications and Events Officer. “Everything here has a faculty lead to make sure the scenario meets the objective. It’s a safe way to learn. You have the expertise and you’re not interrupted by real patient cases, so you’re really focused on the learning.”

While most universities now have simulation centres, when Steinberg started in 2006 it was one of Canada’s first. The versatile space hosted 537 workshops last year alone, modified as necessary to focus on specific medical conditions or test new products. It employs about 18 staff, including two former doctors who manage surgical and skills coordination.

On this day, Cree nurses rotated through various scenarios in the 10 clinical exam rooms, each chosen to support healthcare priorities in Eeyou Istchee. While some from each group performed the activity, their peers noted anything missing and considered alternate diagnoses. Then they regrouped to brainstorm as trainers made corrections and reviewed the exercise.

“One pediatrics case is the assessment of a child that’s showing signs of illness with no obvious symptoms,” noted Cardinal. “There’s aspects of the culture in communicating with the parent or grandmother. Then things go wrong to see what the nurses will do. They need to refer to all their tools.”

Special mannequins and simulations were created to address childbirth. Gynecologists and OBGYN residents were there to support training for different stages and techniques of delivery, including the possibility of complications.

In September 2018, midwifery services began in Chisasibi and will eventually be available throughout the region. Birthing homes with a foundation in Waapimaausuwin cultural teachings are to be built in Chisasibi, Waskaganish and Mistissini.

“In these training sessions we’re able to refresh our skills and experience it with our colleagues,” said Edith Bobbish. “I’m always willing to expand my knowledge.”

Since starting her nursing career 13 years ago at the Chisasibi Hospital, Bobbish has done a little of everything in her profession. She has seen how appreciative clients are to have someone who understands their language and culture. Sometimes when working alongside a non-Cree doctor, patients will answer her for several minutes in what can only be translated as a simple “yes”. 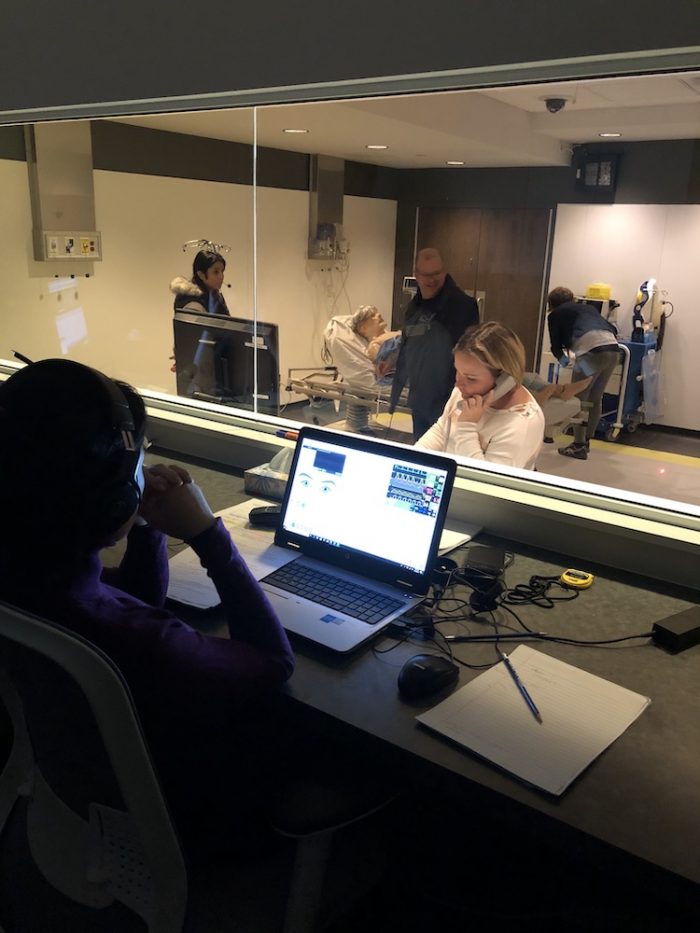 “As an organization, we’re partnering up with the CNG, the Cree School Board, to make sure we have this workforce,” asserted Cardinal. “We have 600 open positions that are upcoming – we want those high-paying jobs for Crees. The best care is also keeping our people.”

Nurses also attended several presentations during the week on trauma-informed care, raising awareness and developing skills to work with the intergenerational impact of residential schools and other repercussions of colonization. The Cree Health Board has partnered with psychiatry experts to provide this foundation for all doctors and nurses over the past five years.

“It’s important to take into account everything that the Cree population has gone through,” said Cardinal. “Every single training, culture is a big part of what we do. We had a drumming ceremony this week, smudging, a teepee set up. It’s part of who we are, who we want to be and how we want to provide the services to the population.”

Culture also plays a prominent role in recruitment efforts, which include inviting nursing students from local universities to experience training activities. Over 50 students participated this year, learning more about the opportunities available in Eeyou Istchee.

“I’m always trying to pull people into the nursing profession,” Bobbish told the Nation. “Even my son when he graduated, he was always talking about engineering – now he’s thinking of going into nursing.”