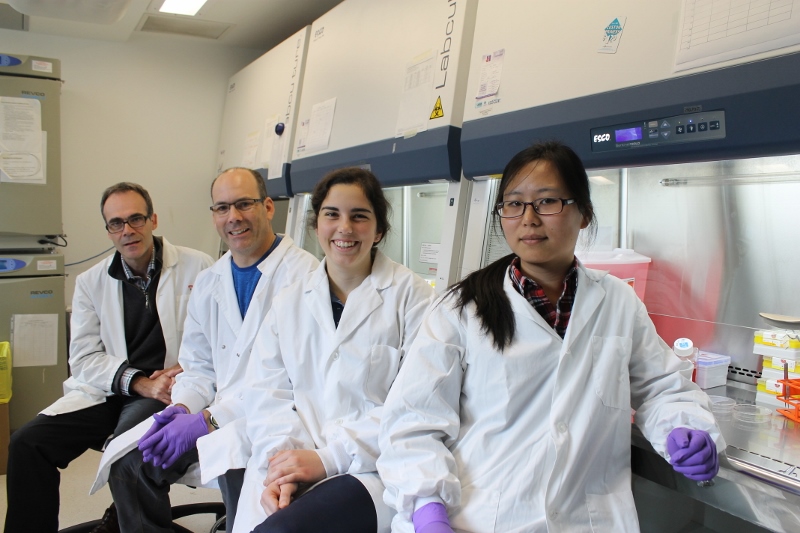 Scientists have identified a gene in the French-Canadian population that predisposes them to the development of intracranial aneurysm (IA), a potentially life threatening neurological condition that is responsible for approximately 500,000 deaths worldwide per year, half of which occur in people less than 50 years of age.

Using genetic analysis, the team of researchers found rare variations of one gene, RNF213, that appeared more frequently in IA patients than in the control group. Both patients and the control group came from French-Canadian families.

Their study was published in the American Journal of Human Genetics on Oct. 13.

Scientists already knew that IA is inheritable, and a 1996 study found that 29.8 per cent of French-Canadian IA patients had a family member who also had IA, a higher percentage than the general population. This suggests the genetic link to IA in French-Canadians is stronger than average. The gene or genes responsible for this increased inheritability, however, remained a mystery.

The team of researchers, including 13 from the Montreal Neurological Institute and Hospital, used exome sequencing to identify RNF213 as suspicious in a patient group of 26 people from six families who experienced IA. They then re-sequenced RNF213 in a larger control group of 189 people, and found 14 variants of the gene, unique to the French-Canadian patient group, at least two of which have functions that could increase risk of IA.

Intracranial aneurysm is a dilation or ballooning of a blood vessel in the brain caused by a weakness in the arterial wall. The RNF213 variants may play a role in the development of weak arterial walls by affecting the delivery of energy in these cells.

Ten per cent of the patient group had at least one of the rare and potentially damaging RNF213 variations, a higher percentage than the control group by a statistically significant margin. This suggests that while RNF213 is not the only factor playing a role in IA, it does increase the risk.

Interestingly, RNF213 has also been found to be associated with moya moya disease (MMD), a condition where blood vessels in the brain are constricted, leading to the formation of abnormal vessels to compensate for the blockage. MMD is almost exclusively found in the East Asian population. This study and the prior association of RNF213 to MMD supports the theory that the gene plays a role in blood vessel development, but links to different cerebrovascular diseases in different populations.

The worldwide prevalence of IA is one-to-three percent, and this condition entails severe consequences, particularly when the aneurysm bursts, which is known as a subarachnoid hemorrhage. When this occurs, 30 to 45 per cent of patients die within 30 days. While other health factors like smoking and hypertension are known to increase risk, researchers continue to search for genes that predispose people to IA.

“By identifying RNF213 as gene associated with intracranial aneurysm, we help provide a better understanding of its genetic origins,” says Sirui Zhou, a PhD candidate at the Montreal Neurological Institute and the University of Montreal, and researcher in the lab of Dr. Guy Rouleau. “Now researchers can focus on discovering the mechanism through which RNF213 affects the development of blood vessels.”

This research was funded by the Canadian Institutes of Health Research and The Canadian Heart and Stroke Foundation.