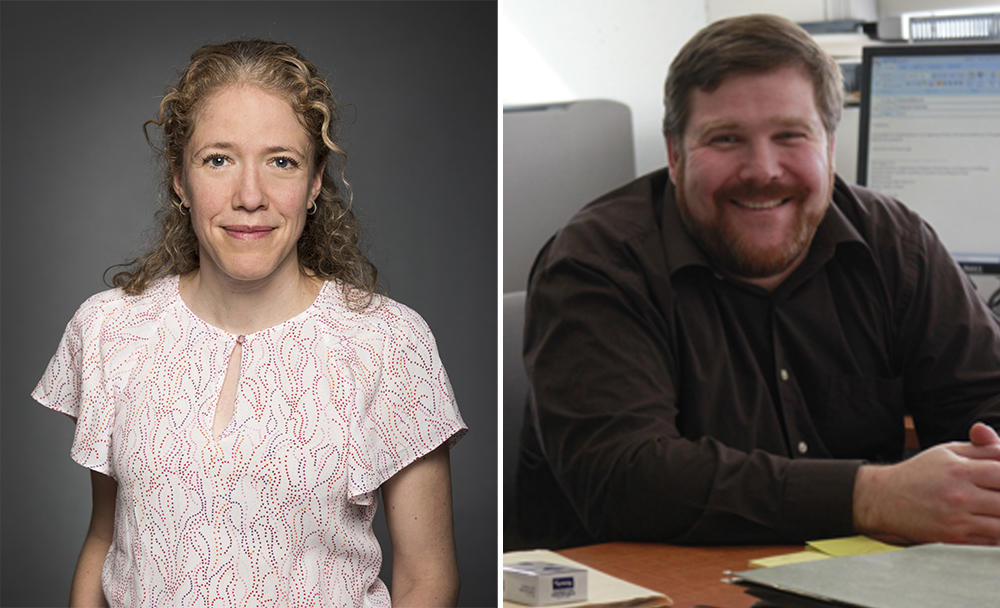 With $6-million in new funding for six years from the Terry Fox Research Institute and the Quebec Breast Cancer Foundation, a research team based in Montreal and Ottawa will try to answer these challenging questions to find new ways to reduce metastatic and treatment-resistant disease in women with breast cancer.

Breast cancer killed an estimated 4,900 women in Canada in 2017. Of these deaths, 90 per cent are attributed to metastasis and treatment resistance, two things that could be prevented through the interruption of specific metabolic processes that drive cancer cell growth and proliferation.

“Over the last few years, funding from the TFRI and the Quebec Breast Cancer Foundation has been instrumental in allowing us to identify a number of key metabolic pathways that cancer cells use to get energy and learn how these pathways change as cancers spread and become resistant to treatment,” says Dr. Julie St-Pierre, project co-leader for the newly funded New Frontiers Program Project Grant in Targeting Metabolic Vulnerabilities in Cancer. “Now that we have a decent understanding of how certain cancer cells ‘eat’, we can try to find new ways to interrupt these metabolic processes and, essentially, starve the tumours to death.”

Project co-leader Dr. Peter Siegel is at the Goodman Cancer Research Centre at McGill University and Dr. St-Pierre is at the University of Ottawa. The funds are being provided to this world-class research team following an international peer-reviewed competition conducted by TFRI in the spring. It is the third renewal for this group studying oncometabolism.

The Quebec Breast Cancer Foundation, through a renewed partnership with TFRI, will once again support the project with a $600,000 contribution over the project life.

“I’m very pleased to renew for six years this partnership with the Terry Fox Institute,” said Nathalie Tremblay, CEO of the Quebec Breast Cancer Foundation. “The first Terry Fox New Frontiers was really successful and we are convinced that he results that will emerge will benefit the patients living with breast cancer.”

“This partnership with The Quebec Breast Cancer Foundation enables both our organizations to support a world-class team that can build on their significant findings in oncometabolism, leverage existing and new talent, and access a state-of-the-art metabolomics facility with the mutual goal of reducing the number of deaths attributed to this disease,” said Dr. Victor Ling, TFRI president and scientific director.

The team wants to find out how cancer cells adapt their metabolism to the tumour microenvironment and survive when nutrients and oxygen they need aren’t available. How, for example, does the metabolism of a cancer cell change when they are trying to form a bone metastasis versus one to the liver or the brain? They’ll closely study the various biological and chemical processes involved in metabolic activity; for example, the role of glucose and mitochondria, how cells respond under stress and how tumour cells interact with fat tissue. The later area of study is new but important as in industrialized countries many patients being treated with cancer are overweight or obese.

“The ultimate goal of the work is to understand how metabolic reprogramming is associated with metastatic progression and treatment resistance and to find targets that can be exploited therapeutically,” explains Dr. Siegel.

To do this, the team will be exploring several avenues at different stages of the research pipeline. Basic discoveries will focus on further understanding the pathways involved, including how obesity may play a role in speeding up cancer metabolism.

Further down the pipeline, the team hopes to begin setting the stage to see if the diabetic drug metformin might increase the responsiveness of cancer cells to the chemotherapeutic compound methotrexate, and in this way improve cancer outcomes.

This is the fourth time the team is being funded by the Terry Fox Research Institute. Under previous team awards and leadership, the team made several key discoveries, including: