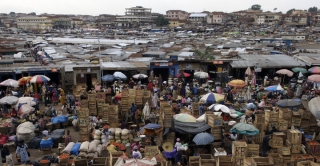 Syphilis is on the rise worldwide and there is an urgent need for reliable and rapid screening, particularly for people who live in areas where access to health care is limited. An international research team, led by scientists at the Research Institute of the McGill University Health Centre (RI-MUHC) in Montreal, has demonstrated that rapid and point-of-care tests (POC) for syphilis are as accurate as conventional laboratory tests. The findings, which were published in PLoS ONE, call for a major change in approach to syphilis testing and recommend replacing first-line laboratory tests with POC tests globally, especially in resource-limited settings.

“There is a need to embrace rapid and POC tests for syphilis in global settings,” argues Dr. Nitika Pant Pai, the study’s senior and corresponding author, clinical researcher at the RI-MUHC and assistant professor in the Department of Medicine at McGill University. “This meta-analysis generates global evidence across all populations for POC tests for syphilis and is the first to use sophisticated analyses to explore the accuracy of POC tests compared to the best reference standards.”

Currently, syphilis is screened using conventional laboratory-based tests that can take up to three weeks to deliver results. These tests require chemical agents, trained staff and a continuous supply of electricity, which are not readily available in some parts of the world. Rapid and POC tests can be performed on a simple finger stick sample one patient at a time, and the results communicated to the patient within 20 minutes, saving time and helping doctors order confirmatory tests and rapidly flagging patients who need treatment.

Syphilis is a sexually transmitted disease caused by the rod-like bacterium Treponema pallidum. It is transmitted between sexual partners through direct contact with a Syphilis sore. It may also be transmitted from mother to foetus during pregnancy or at birth, resulting in congenital syphilis. “As well timely screening and treatment in first trimester is extremely important for pregnant women to prevent still births, pre-term births and mother-to-child transmission of syphilis,” adds Yalda Jafari, the study’s first author and a former master’s student of Dr. Pant Pai.

According to the World Health Organisation (WHO), syphilis remains a global problem with an estimated 12 million people infected each year. Furthermore approximately 90% of those infected do not know it, and this is the driving force behind the worldwide epidemic. The U.S. Centers for Disease Control (CDC) often refers to syphilis as the “great imitator,” because many of its symptoms are similar to other diseases.

“Our study has major worldwide implications for populations living in rural areas with limited access to healthcare,” says Dr. Pant Pai. “These tests offer the potential to expedite first line screening in settings where people have no access to a primary care physician or where laboratories take more than a week to deliver results.”