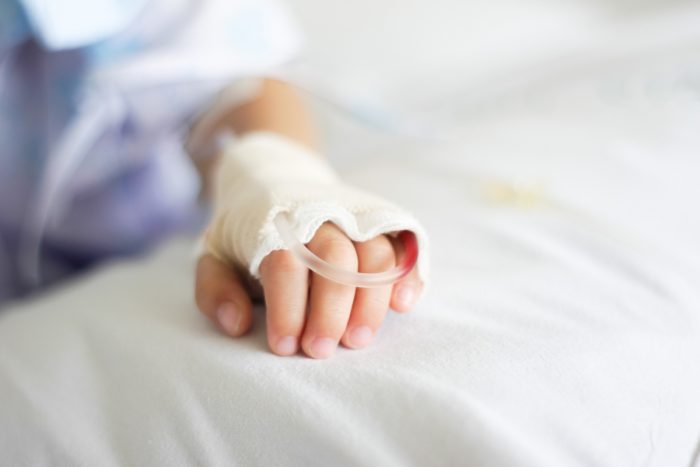 Mutations in a gene involved in brain development have led to the discovery of two new neurodevelopmental diseases by an international team led by researchers at McGill University and CHU Sainte-Justine Research Center.

The first clues about the rare disorder arose after doctors were unable to diagnose why two siblings from Québec City were experiencing seizures and neurodevelopmental deficits. Desperate, the children’s family turned to Carl Ernst at the Douglas Mental Health University Institute in Montreal for answers.

Ernst, who is also a professor in McGill’s Department of Psychiatry, and his team used harvested skin cells from the toddlers and “reprogrammed” them to assume a stem cell-like state—induced pluripotent stem cells (iPSC). By making neurons from the iPSCs and comparing them to those of healthy individuals, the researchers found that they did not develop properly. Upon further investigation, they discovered a potential culprit: the family carried a mutation in ACTL6B – an epigenetic regulator implicated in neuronal development.

Around the same time, Dr. Philippe Campeau, a medical geneticist from CHU Sainte-Justine Research Center, was also studying ACTL6B mutations identified in two families as part of an epilepsy genome study led by his colleagues Dr. Jacques Michaud and Dr. Elsa Rossignol. With the help of Julie Lessard, an ACTL6B expert from the Institute for Research in Immunology and Cancer, Dr. Campeau was mapping how ACTL6B mutations affected protein interactions. After hearing a lecture given by Professor Ernst about his work on ACTL6B, Campeau, who is also a professor at Université de Montréal, realized they were working on the same mutations so the researchers decided to join forces to study this disease.

By reaching out to peers in over 10 countries, they soon found similar isolated cases throughout the world.

“That’s when we knew that we were looking at a newly identified genetic disease,” says Scott Bell, a PhD student in the Ernst lab and lead author of a new study in the American Journal of Human Genetics detailing the findings.

As they identified patients with mutations in ACTL6B, the researchers noticed they segregated into two different groups. The first—which had recessive mutations (both copies of the gene are affected) in ACTL6B—suffered from epilepsy and neurodevelopmental problems. The second group—that only had one copy of the gene with mutations—also had problems with neurodevelopment but did not experience seizures. They also showed language delays and hand stereotypies seen in Rett syndrome (caused by mutations in another epigenetic regulator).

“This was very surprising,” says Justine Rousseau, Dr. Campeau’s research associate who conducted the protein interaction studies. “It provides very strong evidence that there are in fact two separate neurological genetic diseases caused by mutations in the same gene, ACTL6B.”

Thanks to new research tools such as iPSC and CRISPR gene editing technology, the study showed that ACTL6Bmutations caused a dysregulation of other genes important for the development of dendrites, branched projections of neurons that play a critical for communication between brain cells.

Ernst says that their work is concrete proof that new technology is making it easier for scientists to study both rare and neurodevelopmental diseases.

“We’re very happy about this work because concerned families with this disease have, for the first time, a means to understand the problems affecting them,” Ernst says. “The tools we used also provide further evidence of the crucial role ACTL6B plays in brain development and this needs to be further investigated.”

This study was funded by the Fonds de recherche en santé du Québec, the Government of Indonesia, the Mexican National Council of Science and Technology, MITACS, Genome Canada and Génome Québec, AMED, MEXT, JST, MHLW, the Takeda Science Foundation and the Canadian Institutes of Health Research.

“Mutations in ACTL6B cause neurodevelopmental deficits and epilepsy and lead to loss of dendrites in human neurons,” by Scott Bell et al., was published in the American Journal of Human Genetics.

About the CHU Sainte-Justine Research Center

CHU Sainte-Justine Research Center is a leading mother-child research institution affiliated with Université de Montréal. It brings together more than 200 research investigators, including over 90 clinician-scientists, as well as 500 graduate and postgraduate students focused on finding innovative prevention means, faster and less invasive treatments, as well as personalized approaches to medicine. The Center is part of CHU Sainte-Justine, which is the largest mother-child center in Canada and second pediatric center in North America. More on research.chusj.org