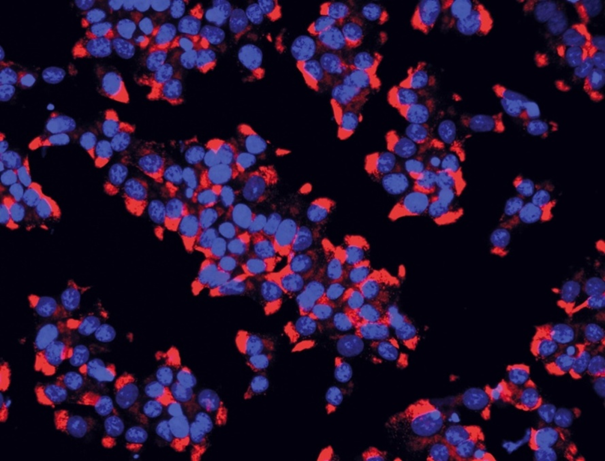 In a study published in the journal Cell Reports, researchers at McGill University, Kyoto University and INSERM/University of Paris show that an organic compound produced by the intestinal flora, the metabolite 4-Cresol, exhibits protective effects against type 1 and type 2 diabetes by stimulating the proliferation and function of insulin-producing beta cells in the pancreas. These results pave the way for new therapeutic options that could improve the situation of millions of patients.

In 2019, Diabetes Canada reported that one in three Canadians has diabetes or prediabetes. This disease, whose prevalence continues to rise, is associated with an increased risk of developing cardiovascular pathologies, making it a major public health problem. Developing and improving treatments for these patients is therefore essential. Recent studies have shown that frequent forms of diabetes are caused by mutations in several genes and by environmental influences and variations in the composition of the intestinal flora.

Collaborative work carried out by researchers at McGill University, Kyoto University and Inserm/University of Paris reinforces these results. This work has revealed an association between diabetes and the metabolite 4-cresol, an organic compound produced by the intestinal flora and also present in certain foods.

The researchers first conducted a metabolic profiling study to identify quantitative changes in metabolites present in the body, using blood samples from 148 adults, some of whom were diabetic. The idea: to identify markers that could be associated with the disease. “We found that 4-Cresol was of real interest. This product of the metabolism of the intestinal flora appears to be a marker of resistance to diabetes. In particular, concentrations of 4-Cresol in the blood are lower in diabetic patients than in non-diabetic individuals,” explains François Brial, Inserm researcher and first author of the study.

Working with rat and mouse models of diabetes and obesity, the researchers then tested the effects of 4-Cresol on signs of diabetes and on the function of pancreatic beta cells, which secrete the hormone insulin, whose role is to maintain the balance of glucose levels in the blood. Beta cells are depleted during the course of the disease.

The team thus showed that chronic treatment with low concentration of 4-Cresol leads to an improvement in diabetes. In particular, the researchers observed a reduction in obesity and fat accumulation in the liver, as well as an increase in pancreatic mass, and a strong stimulation of both insulin secretion and proliferation of pancreatic beta cells.

“While there is currently a lack of therapies to stimulate pancreatic beta cell proliferation and improve beta cell function in order to restore insulin secretion, these results are particularly encouraging. Moreover, they confirm the impact of the intestinal flora on human health, demonstrating the beneficial role of a metabolite produced by intestinal bacteria, and opening up new therapeutic avenues in diabetes, obesity and hepatic steatosis,” says Dominique Gauguier, a researcher at INSERM/Université de Paris and senior author of the new study.

Now, the immediate objective of the researchers is to apply the same technology to identify metabolic biomarkers that are associated with other disease conditions, including rare diseases.

Patients are constantly offered new therapeutic options, even when the mechanisms of action of these treatments are not yet well understood or when they involve cumbersome and invasive techniques.

“Our goal is to develop therapeutic approaches that allow fine modulation of the intestinal flora, by promoting the proliferation of “good” bacteria whose function is well understood and thus the production of bacterial metabolites at therapeutic doses,” concludes Gauguier, who is also an adjunct professor in McGill’s Department of Human Genetics.