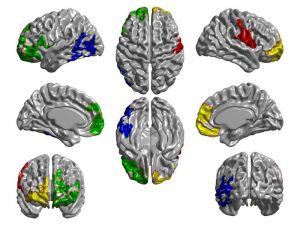 A study by a group of researchers including those from The Montreal Neurological Institute and Hospital of McGill University has tested the theory that brain degeneration in Parkinson’s disease (PD) originates in subcortical regions and spreads along neural networks to the cerebral cortex. By analyzing data on PD patients and healthy controls collected over one year, the researchers found that brain regions closely connected to subcortical regions showed the most degeneration over the one-year period in PD patients, and that this happens earlier than previously thought.

Their study, published in the journal Nature Communications on Jan. 2, 2018, supports the theory that PD progression is correlated to brain connectivity, thought to be a consequence of propagation of a toxic protein. This work sheds light on the mechanism of Parkinson’s Disease and may guide the development and testing of therapeutic interventions.