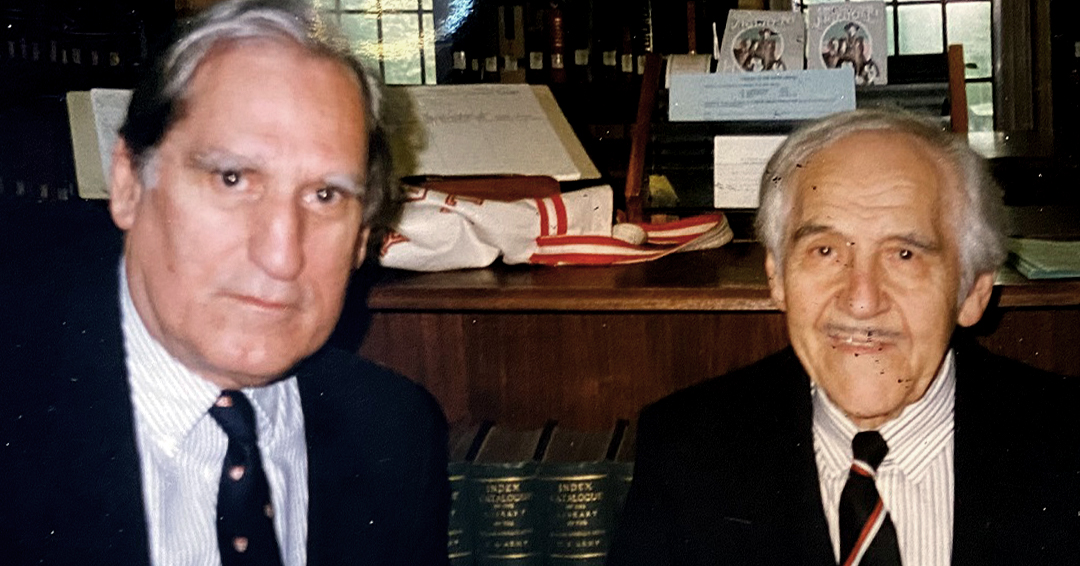 (Editor’s Note: Mr. Stephenson is the creator and co-funder of the Dr. Joseph Hanaway McGill Rugby Gentleman’s Award. He is a Toronto lawyer and a McGill Rugby alum. He graduated with an Honours BA in Political Science in 1984.)

Winston Churchill once famously observed that “rugby is a hooligan’s game played by gentlemen”.

A new McGill award has been created in honour of a McGill Medicine alum and is to be known as the “Dr. Joseph Hanaway McGill Rugby Gentleman’s Award”. The new accolade will “recognize and honour gentlemanly conduct and exemplary behaviour which has been consistently exhibited by a McGill rugby player on and off the field over the course of a minimum of two seasons.” 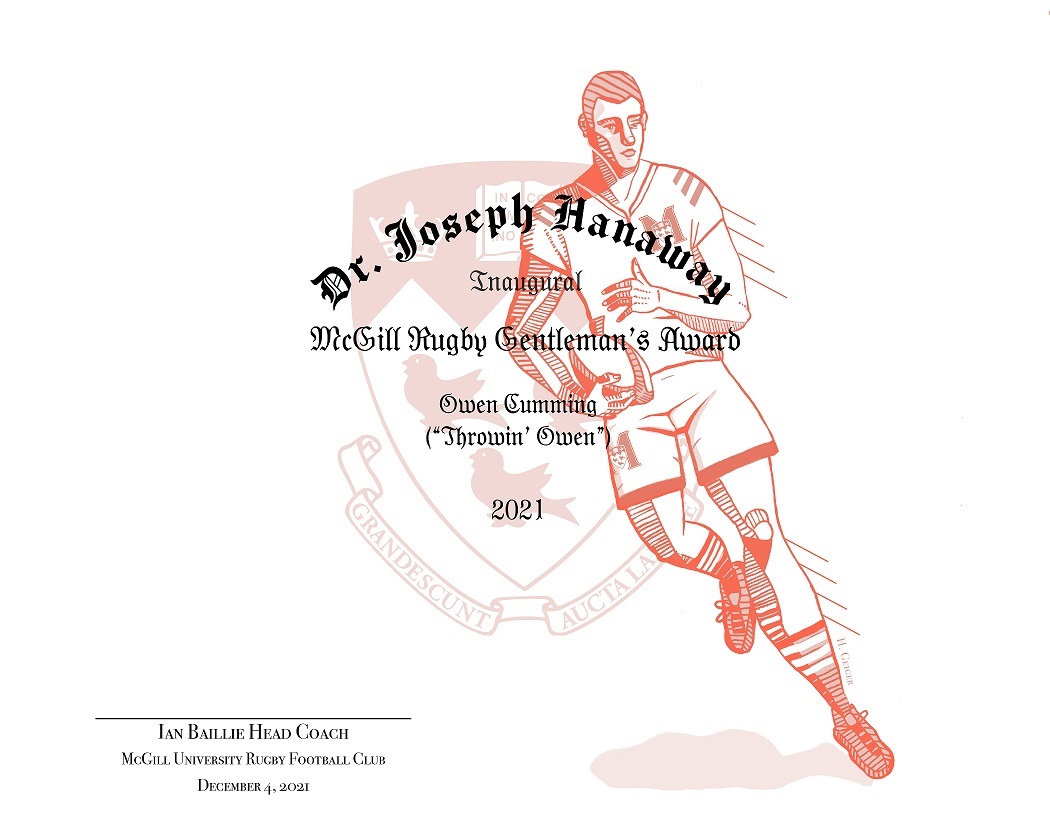 The award, modeled on the NHL’s famed Lady Byng Memorial Trophy for sportsmanship and gentlemanly conduct, was proposed to McGill Athletics in late 2020 as a way of formally recognizing a character trait that is especially valued in rugby culture across the world, and to which Churchill was referring in his pithy sports commentary: the commonly-observed trait of rugby players exemplifying gentlemanly behaviour both on and off the field.

Rugby is an aggressive sport where two teams of 15 players are engaged in pitched battles that are the athletic equivalent of primal warfare.  And yet, it is this same sport where opposing teams who have just engaged in almost-gladiatorial combat are perfectly at ease going to the pub after the game to socialize with each other and engage in fellowship and camaraderie. If there is one person who embodies the spirit of these values and, by extension, of this new award, it is Dr. Joseph Hanaway.

Dr. Hanaway arrived at McGill as an undergrad from New York in 1953 and immediately joined the McGill Football Team where, as the team’s kicker, he quickly became known as “Joe the Toe” for his foot. After two years however, he decided to switch to rugby where he again became the team’s designated kicker, and his team went on to become the “Dominion National Rugby Champions of Canada” in 1955 – his rookie year as a rugby player. He subsequently enrolled in medical school at McGill, graduating with his MDCM in 1960, thereafter enjoying a distinguished career as a physician, professor, author, philanthropist, and volunteer.

Soon after training as a neurologist at McGill and Harvard University, he volunteered to be a sideline physician for a high school football team in St. Louis and served in this role for 31 years, traveling all over the state of Missouri each fall. Recognizing the increasing problem of head injury in high school football, he instituted the first head injury program in Missouri in 1997.

David Johnston, McGill’s former Principal and Vice Chancellor, and Canada’s former Governor General, elaborated with his insights: “Joe Hanaway is an alumnus who any University would cherish.  As just one example, I would start with the two-volume history of medicine at McGill which he and then Dean Richard Cruess published several decades ago.  This was a labour of love that they completed “part time” while occupied in their demanding full-time professional jobs.  And they brought the magic of McGill alive to inspire others and to illustrate what an extraordinary contribution McGill has made to the advancement of medical science and people’s health through its remarkable history.”

Dr. Hanaway’s contributions to McGill are not limited to the medical field. Upon fully retiring in 2008, he decided to organize an ambitious project that he had contemplated undertaking since his first student days at McGill in 1953. The project was to restore the Roddick Gates clocks and bell tower. The Roddick Gates were opened in 1925 with great fanfare and have served as the “front door and gateway” to McGill University ever since. By 1930 however, the clock mechanisms had failed due to an environmental assault of wind, rain, snow, and dust, and had been inoperable from that time as a result.

The distinguished medical school alum and his fellow volunteers decided to step in, and by 2010, they were able to completely renovate the clock and bell mechanisms with satellite and computer technology.  For the first time since 1930, the clocks told the correct time, and the bells started to ring again every day from 7am to 7pm. The restored clocks were the subject of several media stories across Canada including in the Montreal Gazette and the Globe and Mail.

Dr. Hanaway remarked: “I am proud to be a McGill Rugby alumnus and a regular financial supporter of the team through “McGill 24”. I am delighted to see all the excellent work of our McGill ruggers in recent years – both on and off the field. My time on the McGill Rugby Team, although short, was very influential and affected my life and career. It was on this team that I learned about sportsmanship, teamwork, friendship, loyalty, discipline, respect for opponents, how to win and lose graciously, and how to take criticism from coaches and peers. When Neil approached me in 2020 to ask if I would be agreeable to having this award named after me, I was honoured.”

The McGill University Rugby Football Club (MURFC) (Est. 1872), in its storied 150-year history, has always placed great importance on how its members conduct themselves on campus and in the community. This is a part of the team’s culture and heritage that is constantly drilled into the players by the MURFC coaching staff.

Neville Poy, MDCM, a celebrated Toronto surgeon, Order of Canada recipient, and classmate of the award’s namesake, commented: “I was so delighted to learn that this honour was being bestowed on Joe by the McGill Redbirds Rugby Team. I have known Joe for over 65 years, and I have no doubt that the team has chosen the perfect ambassador and exemplar for this new award. The life and career of Dr. Hanaway are living embodiments of the qualities of gentlemanliness, integrity, and good character.”

The long-term plan is to convert the award into a fully-endowed Athletic Financial Award within a few years, with the recipient receiving a cash prize in addition to the distinction of being officially recognized as a quintessential “rugby gentleman”.