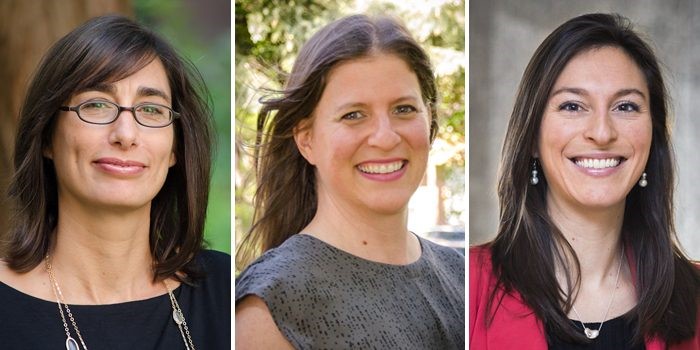 McGill Faculty of Law professors Lara Khoury and Alana Klein, along with Marie-Eve Couture Ménard, DCL’14,  from the University of Sherbrooke, have received funding from the MI4 Emergency COVID-19 Research Funding (ECRF) initiative to support their project, “Law in Pandemic Times: Powers and Accountability when Facing Emergency.”  They discussed their project with Sarah Huzarski, Communications Officer at the McGill Faculty of Law.

What do you seek to achieve with this project?

One important objective of our research will be to look at how far all levels of governments can go to protect the health of the population in the face of COVID-19. In other words, what is the nature, reach and limit of power that authorities can exercise during a public health emergency, particularly in the context of this rapidly evolving crisis where scientific information is constantly evolving?

As well, we will explore the legal means by which governments can be held responsible for how they manage the health crisis. For example, citizens or organizations could bring legal action against government authorities for damages suffered or for unjustified infringements of their rights. Does the state benefit from immunity that would protect it from possible legal action? How does the law reconcile the state’s duties to the general public with any duties it may have to individuals or at-risk groups (e.g. the elderly)?

The question of state responsibility will also lead us to analyze the accountability mechanisms that governments must have in place in the context of emergencies.

What do you consider the most pressing issues in your research?

It is essential that governments are aware of the full extent of their powers and that citizens have the tools to assess both the use of those powers and the potential accountability of public decision-makers.

A better knowledge of the powers of public decision-makers will make it possible to avoid, for example, the under- or over-exploitation of these powers to the detriment of the health of the population, and to ensure that these powers are not exercised in a way that unfairly infringes on individual rights and freedoms. Given the multitude of measures taken to overcome COVID-19 and the magnitude of the resulting socio-economic impacts, it would not be surprising if citizens were to take legal action against the state.

Maintaining a climate of trust between citizens and the state while measures to protect public health are becoming increasingly restrictive is a pressing issue. This requires a better understanding of the extent of the coercive powers granted to the state, as well as transparency and accountability of the government for its decisions, without which public support is threatened.

Another important issue is that of sharing decision-making powers between different public health authorities. In order to ensure the legitimacy of the measures imposed, it is important to understand what distribution of decision-making powers prevails under the law. In addition to this upward gaze, governments will have to manage a “post-crisis” period that will be difficult for all. During this period, it will be necessary not only to speak of responsibility, but also of societal support for the many citizens who are victims of the current health crisis.

Does our legal system currently have adequate tools to respond to a crisis such as COVID-19?

At first glance, public health laws provide immense discretion to governments to take the measures necessary to protect the health of the population. They can impose very coercive measures without delay or formality. It will be important to see if a gap exists between the scope of power specified in the law and its actual application according to the human, financial and material resources available.

How can we ensure protection against excessive acts or measures on the part of the government?

Even though governments enjoy immense discretion to determine what measures to apply to protect the health of the population, the law provides guidance on their application. Additionally, elected officials can monitor the risk of any excessive measures. In Quebec, for example, the National Assembly could disavow the government’s declaration of a state of health emergency. On the other hand, a more in-depth study of the accountability mechanisms and the transparency requirements imposed on governments is necessary to answer this question.

In the context of health law, what are the most likely long-term implications of the pandemic?

The current pandemic will most likely have an impact on legal measures regarding pandemic preparedness, for example, in the supply of medical equipment, the layout of health facilities and the delivery of health care.

We expect the pandemic will also have an impact on the consultation mechanisms between the different levels of government in times of crisis to ensure, for example, an optimal level of decision-making. We can think of the joint intervention of the City of Montreal (municipal level) and the Montreal Public Health Department (provincial level) on the premises of the Montreal-Trudeau airport, both denouncing the insufficient measures of the federal government at the borders. How we respond to the crisis will also have long-term implications on the development of standards justifying state-imposed coercive measures in the context of health crises, whether through criminal and regulatory law, or under emergency powers. Lastly, it will reveal some of the complex effects of government decision-making on the health of citizens.