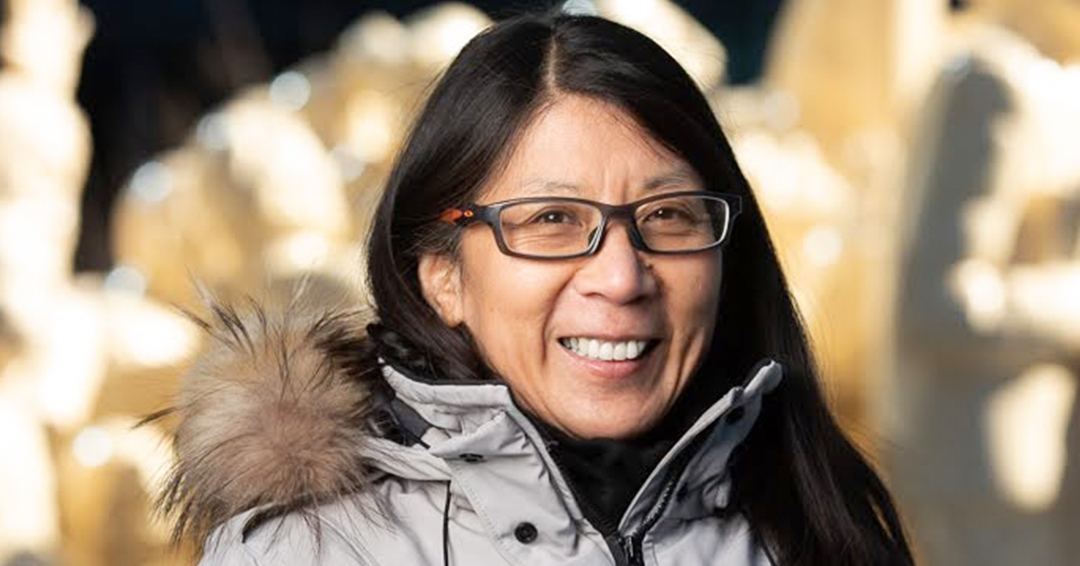 Dr. Joanne Liu wants to put the university to work developing solutions for the health crisis. “But we absolutely have to learn from our mistakes and avoid repeating them.”

“We can thank omicron for one thing. Now everyone realizes that to avoid repeated waves of the pandemic we need to vaccinate the whole planet,” says Joanne Liu, MDCM, a professor in McGill University’s School of Population and Global Health. “Closing borders won’t be enough.”

When she arrived at the Faculty of Medicine and Health Sciences in May 2021, Dr. Liu, former international president of Doctors Without Borders, sat down with the school’s director, Timothy Evans, MD, to set up the Pandemic and Emergency Readiness Lab (PERL for short).

The pair agreed that PERL would act on three fronts: vaccine equity, improving knowledge about pandemic response, and leadership development. “Several mistakes were made in the global management of this pandemic,” says Dr. Liu. “We absolutely have to learn from them and avoid repeating them.”

Dr. Liu had barely started working when student Alex Stoljar Gold wrote to ask how he could help. “I really wanted to do something about global vaccine disparity,” says Stoljar Gold, who is in his first year of medical school after completing a bachelor’s in cognitive science.

While high-income countries have been able to supply at least two vaccine doses to most of their populations, in low-income countries only 11% of the population is vaccinated—and with only one dose. This imbalance, says Dr. Liu, is encouraging the development of new variants.

During her first meeting with Stoljar Gold, Dr. Liu revived an old idea: charting the various obstacles to vaccine delivery that each country is experiencing and how they are being addressed. “It’s so simple it’s almost embarrassing, but no one appears to have thought of it,” says Dr. Liu. Together, she and Stoljar Gold spent the summer conceptualizing what would become the Ports-to-Arms vaccine tracker program. “Dr. Liu asked me if I could present the project to the African Vaccine Delivery Alliance,” says Stoljar Gold. “It was a bit of a tall order, but the president was a friend of hers, so that gave me confidence.”

The program has two goals: to address the vaccine distribution logistics issues, which are poorly understood, and to build alliances with the communities involved.

“People generally agree that Canada, the U.S. and Europe should share their vaccine stocks. But that’s not enough,” says Dr. Liu.

“When the vaccine arrives on the airport tarmac, the work is just starting. You have to clear the vaccines through customs, make sure the cold chain (temperature-controlled supply chain) is in place, distribute the vaccines to the clinics, train the staff who receive them, set up vaccination and awareness campaigns, and make sure there are enough syringes and needles available. The challenges vary from country to country. Sometimes we run into rebels who are blocking roads. Other times, electricity or gas shortages interrupt the cold chain.”

The community side of the program will be provided by the African Vaccine Delivery Alliance. The South African NGO, active in all 54 countries on the continent, was responsible for setting up a community network to monitor the redistribution of antiretrovirals (medicines used for treatment of HIV) to rural areas. “If you want to turn vaccines into immunizations, you need people to monitor the process and find solutions.”

Learning from our mistakes

The other major component of PERL will be the development of a research cluster to examine lessons learned. To do this, Dr. Liu would like to fund six to twelve postdoctoral fellows who can reflect on specific themes.

The list of unresolved questions about health management is very long. What is the real impact of border closures or of curfews? And if their effect is real, does it generate negative effects that are more important? And then there is the question of vaccine hesitancy, which is still poorly understood. “It takes more than just tools to maintain confidence in vaccines. The vaccines must be accepted and used. This is the sixth major public health emergency of international concern (PHEIC) since 2000 and we are still working by trial and error.”

For that matter, says Dr. Liu, we need to be in a position to properly apply the little knowledge we have. A member of the Independent Panel for Pandemic Preparedness and Response at the World Health Organization (WHO), Dr. Liu explains that dozens of similar panels and commissions have looked at PHEICs in the past. “Yet only 10% of their recommendations were implemented. No one was ready.”

Dr. Liu was particularly disappointed in the political response to the pandemic. “When WHO triggered the highest level of International Health Regulations alerts on January 30, 2020, a few countries in Asia responded but Europe and America sat on their hands. February was completely lost. It wasn’t until the Director General of WHO declared a global pandemic on March 11 that things got moving. We lost six crucial weeks.”

These leadership shortcomings were what convinced Drs. Liu and Evans that PERL’s third area of focus had to be the development of global health leadership. Dr. Liu is pleased to be surrounded by a dynamic team of young people, including Stoljar Gold and Lily Yang, who’s pursuing a master’s degree in epidemiology.

Also on the team is Program Manager Kaebri Ziolkowski, a trained nurse with an MScPH from the London School of Hygiene and Tropical Medicine and a decade of experience as an international clinician and senior government consultant in communicable disease control. “We need to give the space to young people. Tomorrow, they will be in charge,” says Dr. Liu.

Stoljar Gold says he was convinced early on that global public health issues needed to be approached with more of an activist mindset. These problems, he says, are not just scientific or technical, but political, sociological and anthropological. “We can’t rely on a few obscure experts with degrees to solve them. You don’t need a medical degree to understand what’s at stake.”

Dr. Liu gives global leaders a failing grade for their work during the pandemic. However, as a woman of action, she would rather work through this than simply admit defeat. “One of the lessons of the Ebola outbreak was that you have to prepare for the future while the crisis is going on. It’s not easy when everyone says, ‘We’re sick of it, we don’t want to hear about it anymore!’ But if you really don’t want to hear about it anymore, you have to finish the job.”