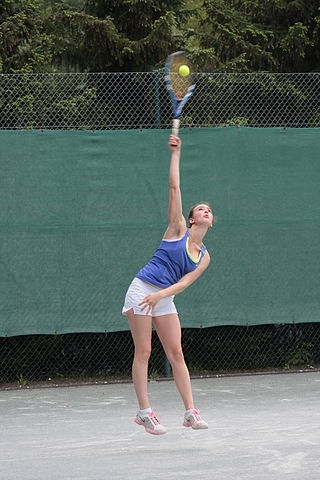 It takes a surprisingly small cluster of brain cells deep within the cerebellum to learn how to serve a tennis ball, or line up a hockey shot.

Researchers at McGill University led by Kathleen Cullen from the Department of Physiology have discovered that to learn new motor skills, neurons within the cerebellum engage in elegant, virtually mathematical, computations to quickly compare expected and actual sensory feedback. They then quickly readjust, changing the strength of connections between other neurons to form new patterns in the brain in order to accomplish the task at hand.

“We’ve known for some time that the cerebellum is the part of the brain that takes in sensory information and then causes us to move or react in appropriate ways,” says Cullen. “What we didn’t know until now is that single neurons in our brain manage to dynamically track the difference between what the brain expects to take in from the senses and the information it is actually receiving during motor learning. Our research shows that this calculated difference (i.e., “sensory prediction error” signal) is used to rapidly change the patterns and connections between neurons in order to learn new motor skills.”

To learn a new motor skill, the brain makes an estimate of the expected sensory inflow that it should get from your sensory system, and the cerebellum uses this prediction to compute the difference between between what you intended to do and what you actually did. Elite athletes are not only better at coordinating their movements, their brains are also better at making these kinds of rapid predictions and readjustments.

“A gymnast doing a back flip on a balance beam depends on this ability to precisely compute the mismatch between where they expect to land and where they actually find themselves in order to land squarely on the beam.  But the research is equally relevant to stroke and multiple sclerosis patients and to the clinicians who treat them,” says Cullen.

The research was done by carrying out a trial-by-trial analysis of the responses of brain activity of single cerebellar neurons in macaque monkeys who were engaged in performing specific movement learning tasks.