Maximum amount of opioid medication is reduced for many surgical patients 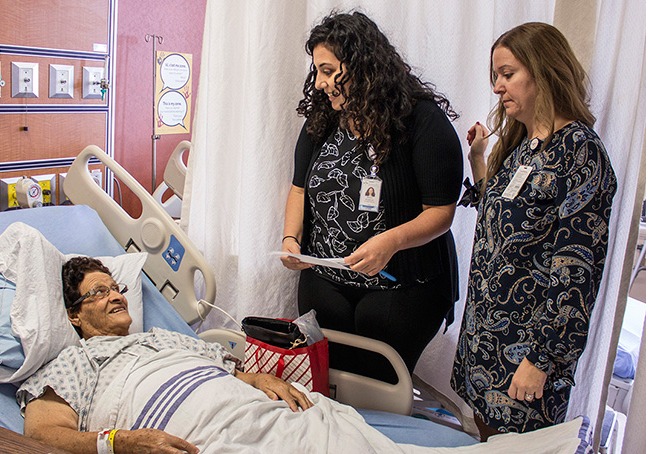 As opioid addiction takes an increasing toll on society, new guidelines have been approved at the JGH to reduce the maximum amount of opioid medication that certain surgical patients receive when they are discharged from the hospital.

The new measures were developed by a multidisciplinary team whose members, like more and more global healthcare experts, recognize that healthcare professionals can play a key role in curbing opioid misuse and abuse, which has reached epidemic proportions.

This places the JGH among an increasing number of healthcare facilities in North America to address the problem by adopting standardized practices, in order to cut back on the amount of opioids that some surgical patients are given.

The focus of the guidelines is on surgical patients, since surgeons are second only to pain specialists in the amount of opioids they prescribe.

Opioids can be of great help in reducing pain, especially after surgery. However, in some cases, even though the pain has diminished, patients can become new chronic users of opioids at home by continuing to take pills from the unnecessarily plentiful supply that was prescribed to them.

In instances where patients have recovered and are no longer taking the medication, their leftover opioids are sometimes discovered in the medicine cabinet by another member of the family—possibly a young person—who might consume the drugs, give them to friends or sell them.

However, when opioids do have to be prescribed, the guidelines contain recommended maximums for such procedures as the removal of an appendix, laparascopic removal of a kidney, removal of the pancreas, total hip replacement and total knee replacement.

Opioids by the numbers

The number of people who die from an overdose of prescription opioids is now greater than total overdose deaths from heroin and cocaine combined. Some other troubling statistics:

“We’re stepping forward and taking responsibility,” says JGH Nurse Gina Ciccotosto, who was instrumental in organizing the effort that led to developing the guidelines. “Our goal is not to do away with opioids, but to avoid giving patients excessive amounts of these medications.

Encouraging the use of non-opioids

“Research studies and our own findings have shown that, more often than not, patients are satisfied with much less than what is usually prescribed for them. Our objective is to control pain safely by first encouraging the use of non-opioids and then, if necessary, to provide patients with acceptable amounts of opioid tablets.”

Mrs. Ciccotosto explains that the guidelines cover individuals who do not have a chronic pain condition and are not already taking opioids—in other words, about 75 to 80 per cent of the patient population. Those in the high-risk, high-user group must be managed individually, since their pain-management needs are different than those of surgical patients who have never taken opioids.

One of the committee’s top priorities was to reduce variability among surgeons who perform the same types of surgery, but prescribe different amounts of opioids when patients are discharged.

“Now the option can be zero opioids, if patients are able to manage the pain with other medications.”

Mrs. Ciccotosto explains that these variations were not the result of a disagreement among the surgeons about an appropriate amount of the drug. Rather, in the absence of evidence-based guidelines—the kind that are now in place—each surgeon relied on his or her best judgment when prescribing.

Many surgeons stated that they preferred to prescribe more than the patient might actually need, so as not to inconvenience the patient by having to request a refill.  However, Mrs. Ciccotosto says, this practice can cause more harm than good, since, in this instance, more is not better.

In the past, it was also generally accepted by physicians that a recuperating patient should always be given an opiod for the pain, says Dana Wazzan, a pharmacist who helped draw up the guidelines.

“But now the option can be zero opioids,” she continues. “If patients are able to manage the pain with other medications, such as acetaminophen or ibuprofen alone, they can choose not to have any opioids in the hospital, and they don’t have to take any at home.”

Ms. Wazzan found that after patients had been hospitalized for more than 24 hours and were about to be discharged from the JGH, opioids were often prescribed to them, even if they had been given little or no opioid medication while in the hospital.

Under the new guidelines, surgeons and residents are encouraged to check how many doses of opioids the patient took 24 hours before discharge, and then to prescribe accordingly. They can do so by consulting the electronic Medication Administration Record.

Residents, in particular, will be informed about the new guidelines, says Mrs. Ciccotosto, since they are the doctors most likely to prescribe opioids after surgery.

“Many residents admit they’re uncomfortable with determining the appropriate amounts of opioids to prescribe after surgery,” she explains. “Often, they learn as they go along, basing what they do on the current practice, as opposed to taking a more evidence-based approach.”

Mrs. Ciccotosto says opioids have become a signficant problem, because they were liberally prescribed in the 1990s and 2000s, when they were mistakenly thought to be minimally addictive or non‑addictive.

“We have to stop focusing so much on pain and more on how well patients are functioning.”

She took the initiative to act as a catalyst for change at the JGH after attending a conference on surgical quality in summer 2018 in Orlando, where the work of several Michigan hospitals was among the highlights.

After gaining the support of leaders in the hospital’s Quality and Surgical Programs, she convened a staff committee in early 2019, with representatives from such departments as Nursing, Pharmacy, Surgery, Anesthesia and Physiotherapy.

Mrs. Ciccotosto notes that despite her pivotal role, the guidelines could never have been approved without a group effort, particularly the strong, multidisciplinary support of the various departments.

“These guidelines are the first wave in a series of changes that are designed to change our culture of pain management,” she says. “We’re realizing that we have to stop focusing so much on pain—especially pain as a number on a scale of 1 to 10—and more on how well patients are functioning. For instance, are they able to get out of bed? Are they eating? Are they participating in physiotherapy?

“The fact is, if you’ve just had surgery, it’s going to hurt and we’re certainly going to give you pain medication if you need it. But we’re no longer going to give you a whole lot. The goal is still pain management—just safer.” 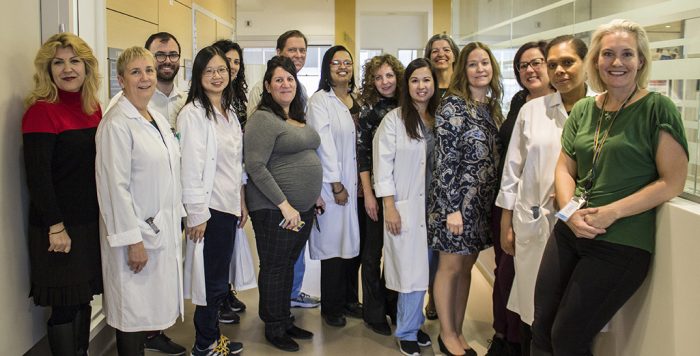