Close examination of the hippocampus in human and mouse brains revealed that the dentate gyrus is noticeably underdeveloped in individuals with schizophrenia, providing the first clear anatomical signature for this condition. Dr. Hyman Schipper proposes that the retention of immature properties in this region of the brain into adulthood could be responsible for the disease, which doesn’t usually present in males until they are in their twenties or in females in their twenties or thirties. The findings were published in The Neuroscientist.

“Our research shows remarkable consistency between a visibly immature dentate gyrus and the emergence of schizophrenia symptoms,” Dr. Schipper points out. “This abnormality may account for many cardinal symptoms of schizophrenia because the dentate gyrus is associated with the brain’s capacity to separate and process sensory stimulation and to distinguish the real from the delusional.”

Molecular and electrophysiological abnormalities in the dentate gyrus had already been identified in schizophrenic patients, but no one had previously described a specific anatomical anomaly.

“Because the dentate gyrus is anatomically normal until adolescence in schizophrenia and animal models of the disease, it appears as though developmental arrest  within this brain structure manifesting soon after adolescence may be responsible for the emergence of psychotic symptoms,” he elaborates. 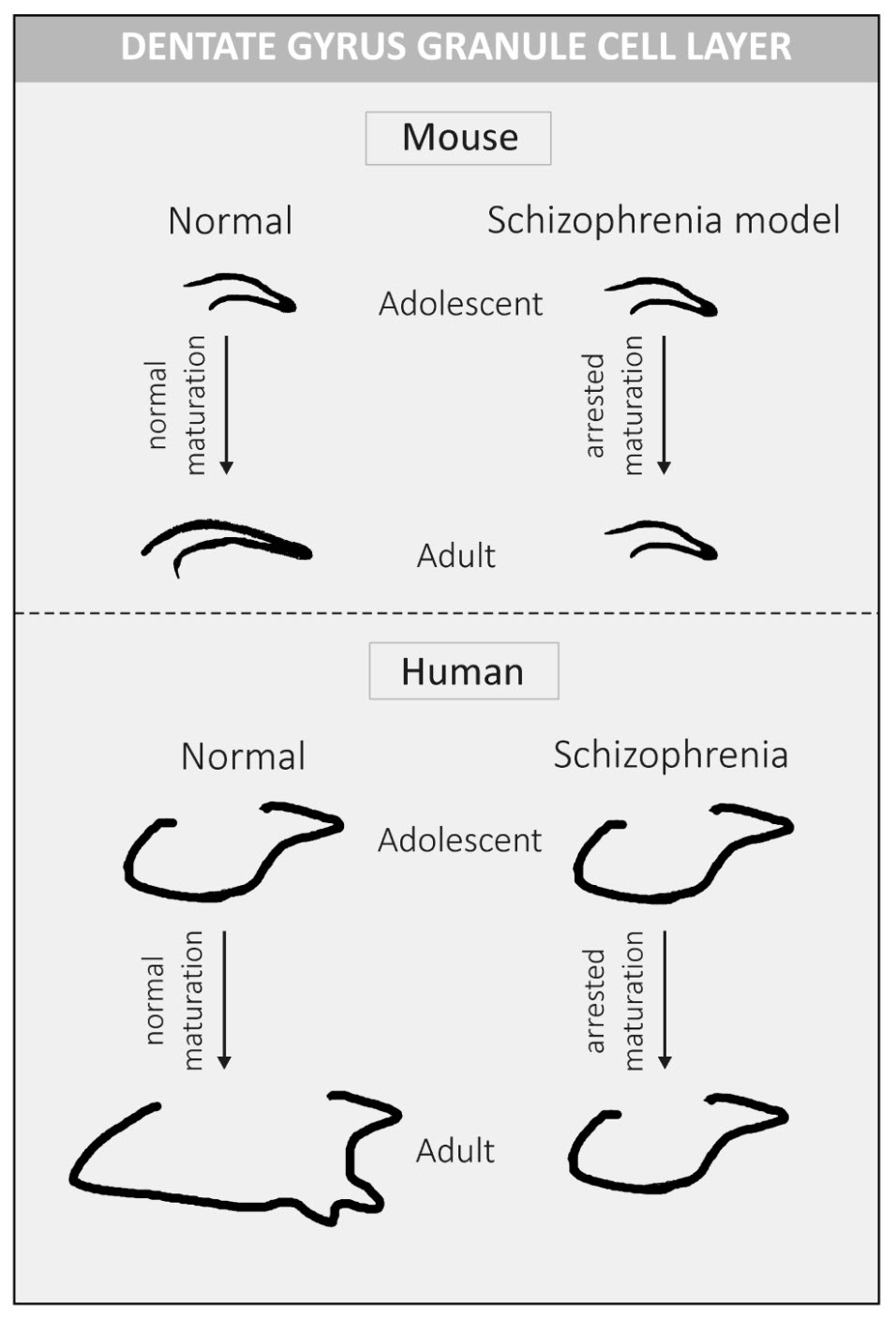 There is currently no validated biomarker for diagnosing schizophrenia. It is possible that a high resolution MRI would allow for diagnosis based upon the architecture of the dentate gyrus. This promises to be more efficient and accurate than a clinical (psychiatric) evaluation of an individual in the midst of psychosis, which is the current practice.

Drug therapies shown to be effective in preventing maturational arrest of the dentate gyrus in animal models could be tested in humans at-risk for schizophrenia, offering an unprecedented opportunity to possibly influence the pathogenesis of the disease and not merely its symptoms.

Ayda Tavitian, a PhD candidate in Dr. Schipper’s lab who first recognized the immature hippocampal morphology, won the IPN Star award from McGill’s Integrated Program in Neuroscience for her work on this paper.