An extensive genetic study conducted at the Lady Davis Institute finds that obesity, rather than
early puberty, may be influencing increasing rates of multiple sclerosis 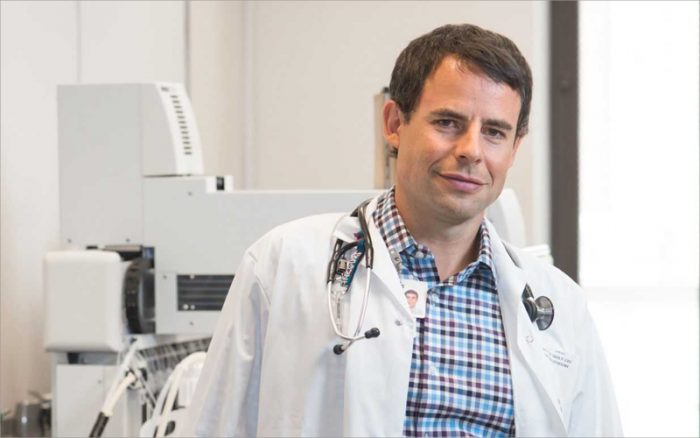 Previous studies have suggested that people who begin puberty at an earlier age have an elevated risk of suffering from multiple sclerosis (MS). However, new research led by Dr. Adil Harroud of the Lady Davis Institute (LDI) at the Jewish General Hospital (JGH), found that the link between early puberty and MS is mainly attributable to obesity. The study is published in the March 20, 2019 online issue of Neurology, the journal of the American Academy of Neurology.

“It appears that earlier puberty is associated with an increased risk of MS, but this association is influenced by obesity. Our findings do not support a substantial role for the effect of the timing of puberty on the risk of MS independent of obesity,” explained Dr. Harroud, a neurology resident at the Jewish General Hospital and Montreal Neurological Institute (The Neuro), both affiliated with McGill University.

For this study, researchers looked at a genome-wide association study of 329,245 women and 372 genetic variants that are strongly associated with the age when girls have their first menstrual cycle. Previous studies have shown that the genes related to the timing of puberty are well-correlated in girls and boys. Then researchers looked at another genetic study that included 14,802 people with MS and compared them to 26,703 people who did not have the disease to examine whether the age of puberty was associated with risk of MS. Dr. Harroud said they did find that people with an earlier age of puberty were more likely to develop MS, but once they factored in obesity, the effects of earlier puberty importantly decreased.

MS is an unpredictable and often disabling neurological disorder for which there are some treatments that may slow progression, but no cure. It often strikes people in the prime of their  life and can dramatically affect every aspect of it. Canada has one of the highest rates of MS in the world, with one in 385 Canadians affected, according to the MS Society of Canada. What is more, previous studies have indicated that MS rates may be on the rise. “Our results suggest that the current obesity epidemic might explain in part why more people are being diagnosed with MS.” he said.

“The findings are important because obesity is something that people can modify,” said Dr. Brent Richards, an epidemiologist at the LDI and endocrinologist at the JGH, who was the senior author on the paper. “This means that decreasing rates of obesity could help to reduce the prevalence of MS. Also, most of the complications linked to obesity, like heart disease, tend to manifest only late in life, but MS is a condition that often starts when people are in their 20s and 30s. This can provide more urgency for younger individuals to control their weight.”

For media inquiries, and to arrange interviews with Dr. Harroud contact: