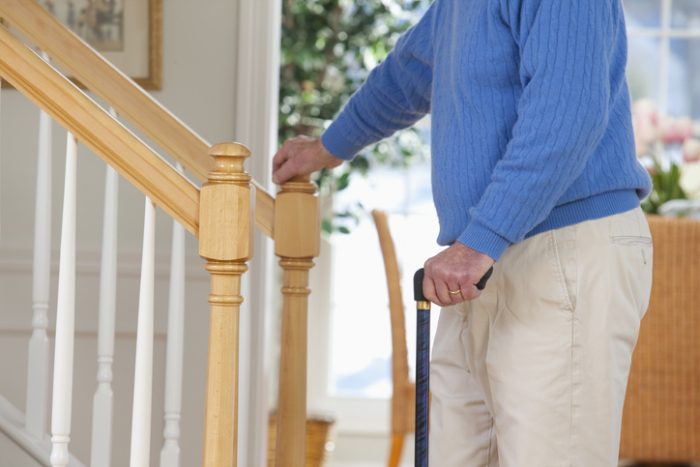 Significant gaps in how walking capacity and performance is assessed for people with Multiple Sclerosis (MS) could be harming therapy and treatment development according to McGill University researchers. The study, published in the International Journal of MS Care, examined the differential between measurement tools for clinical walking capacity and real-world performance.

For many health conditions, such as MS, clinical assessments of physical performance are conducted to ascertain health status, and to evaluate effectiveness or readiness of interventions. However, the way in which a person functions when tested in a clinic and when they are in their natural environment can be quite different.

“Our goal was to address an important discordance between testing in the clinic and real-world for people with MS,” explains Kedar Mate, a PhD candidate in Rehabilitation Science, under the supervision of Prof. Nancy Mayo, a James McGill Professor in the School of Physical and Occupational Health. “Ecological validity, which is the differential between testing results and real-world performance, is rarely assessed because it is difficult to obtain accurate information about the person’s behavior, such as walking in their everyday environment.”

Following the analysis of results from over 100 men and women living with MS who partook in the 6-Minute Walk Test (6MWT), a standard clinical test, the researchers found that those who walked well in the clinic did not walk as well in their everyday environment. For those same participants, who also wore an accelerometer device for 7 consecutive days, there was greater variability between capacity and performance, except among those who are severely disabled.

“Clinical tests that sample only a few seconds or minutes out of an infinite time span can introduce misclassification,” adds Prof. Mayo, “Some low-functioning people may perform higher from time to time in their real environment, indicating a degree of physical reserve, which may be an important health indicator. The difference between what people with MS ‘can do’ and ‘does do” can be influenced by mood, motivation, fatigue, and the environment”.

The data tells another story

Typical clinical tests, including the 6MWT, only take into consideration two relevant metrics related to capacity: the speed and the distance covered within the time period. Other metrics for real-world performance, such as the total activity time, steps per day, proportions of steps in different cadence bands, and time spent in a healthful cadence band, may not captured. Additionally, it should be noted that a significant proportion of people affected by MS may not be able to walk for the prescribed increments of time.

“According to the Canadian Physical Activity guidelines, it is recommended that walking for ten minutes or more is good for your health for people with disabilities – however, we were very surprised to learn that people with MS rarely walk for even 5 minutes at a time, says Mate. “We could not use this as a metric as almost none of our participants achieved it.”

For this reason, the usage of activity monitors is becoming increasingly relevant, both as a research and personal method of tracking daily activity. “The data from these monitors is rarely used to its potential but would be very useful for individual to monitor and set health goals,” he adds.

Results from this study could serve as a stepping-stone in advancing the understanding for the need to improve walking in real-world for people with MS and could be helpful in the context of treatment trials, which rely heavily on walking capacity to judge severity and disease progression.

“Clinically Assessed Walking Capacity Versus Real-World Walking Performance in People with Multiple Sclerosis” by Kedar Mate and Nancy Mayo was published in the International Journal of MS Care.

This study was funded by the Canadian Institutes of Health Research.