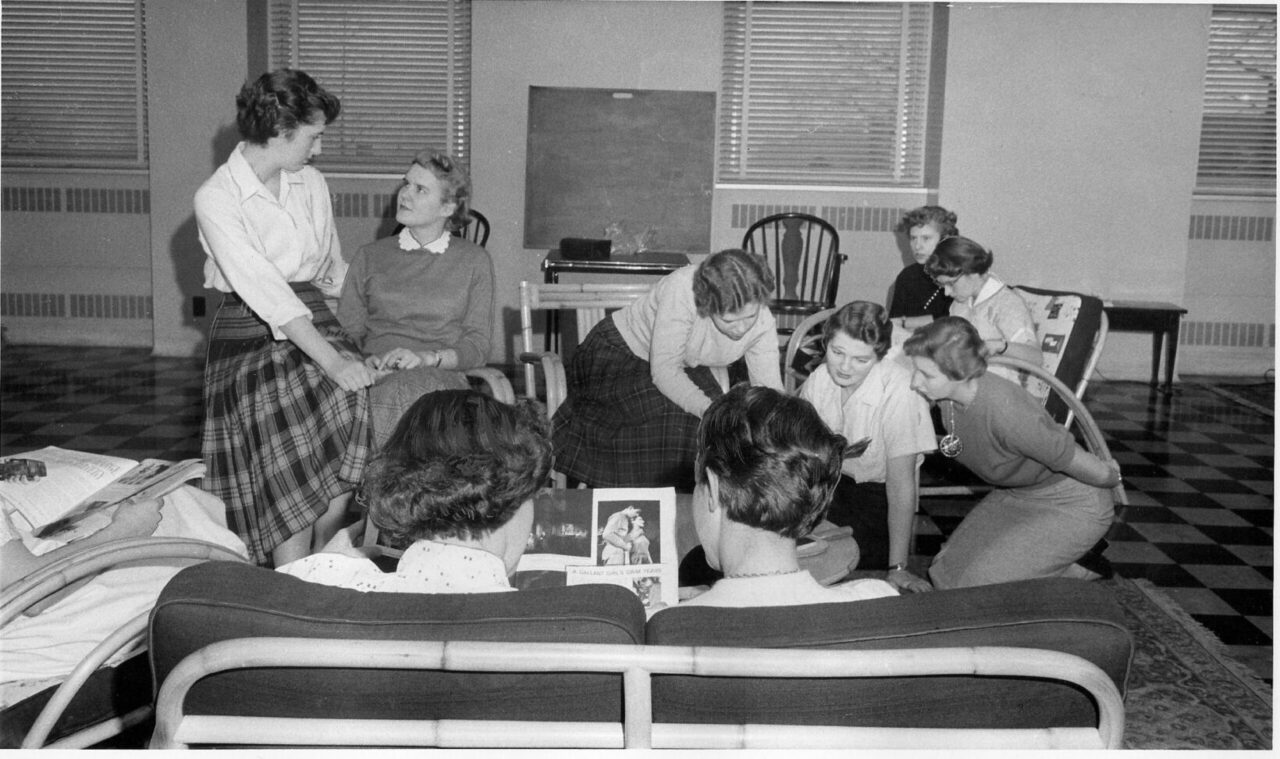 The public is invited to explore the story of the 200-year-old hospital through photographs, artwork, text and videos, drawing on the archival collections of the Art & Heritage Centre, the Alumnae Association of the Montreal General Hospital School of Nursing, and other local and national collections.

Appropriately, the exhibit coincides with the bicentennial celebrations of McGill University. When the hospital’s founding physicians transferred their medical school to McGill, they established the country’s first Faculty of Medicine

Not just about a Hospital

The team looked at the 200-year timespan as an opportunity to connect the MGH to the growth of Montreal.

“We wanted to show how the hospital grew and changed organically, along with the city,” explains Katharine Stein, Interim Curator of the Art & Heritage Centre. “When the MGH first opened its doors, Montreal was a settlement with a population of about twenty thousand people.” As the city rapidly industrialized and grew into a metropolis, the hospital – and its patient population – grew with it.

Mapping the changing face of healthcare

The exhibit also shines a light on how the MGH served the population through sweeping changes in the province’s healthcare landscape, tracking its evolution from a standalone hospital to its 1997 merger with four other institutions that formed the MUHC.

“Many people don’t realize that the MGH was the first healthcare institution in the city’s history that wasn’t tied to the Catholic church,” says Stein. “It relied largely on funding from the surrounding community – from sources as varied as John Molson, Sr., to local protestant charities and donations of confiscated food from the game inspector.”

The biggest changes came in the aftermath of the Quiet Revolution, when health, education and labour reforms took hold in the province, and hospitals had to adapt.

The exhibition follows the hospital through the excitement and optimism of the biomedical revolution, when science-based research became a cornerstone of the university hospital. From the 1960s onward, MGH clinicians were responsible for huge breakthroughs such as Phil Gold and Samuel Freedman’s discovery of the Carcinoembryonic Antigen (CEA), the first biomarker for cancer and Ronald Melzack’s contributions to pain theory, which paved the way for research and treatment protocols that address the complex social, psychological, and physiological aspects of pain.

Certain moments stand out as iconic of the MGH and its history – such as the duel that took place between William Caldwell, one of the MGH’s founding physicians, and a politician named Michael O’Sullivan. “When we read about the MGH we often hear about the duel, Osler, or Nora Livingston,” says Stein.

“Details are buried in archives that tend to get overlooked. During the Depression, the hospital’s public cafeteria was feeding a massive number of people every day – the Annual Report for 1934 records over a million meals served, an example of the larger role the hospital played in caring for its community,” says Stein.

“The Montreal General Hospital Foundation is very proud to support the creation of a virtual exhibit for the 200th anniversary of our Hospital. This new platform is an invitation to travel through time and to witness the historical events that have shaped an institution whose fate is so deeply linked to that of Montreal. Philanthropy has always been vital to the success of our hospital.  Today, with this unique exhibit, we recognize two centuries of outstanding medical work accomplished by teams of dedicated individuals and supported by our generous donors.”