“As necessary as the limitations are right now, we have to make sure that we are vigilant enough to take our liberties back when we cease to represent risks to one another.” 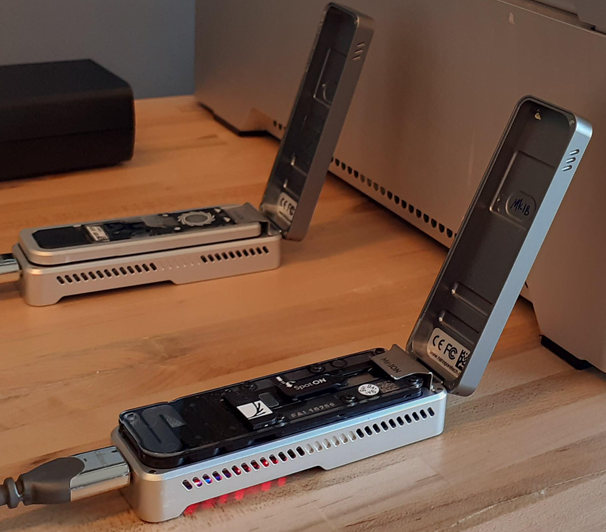 The Institut national de santé publique du Québec (INSPQ) and the McGill Genome Centre today announced they will partner to sequence the viral genomes of Quebec patients with COVID-19 disease. The collaboration, termed “Coronavirus Sequencing in Quebec,” (CoVSeQ) is led by Profs Sandrine Moreira, Hugues Charest and Michel Roger at the Laboratoire de santé publique du Québec (LSPQ) of the INSPQ. The viral samples are taken from a Quebec viral biobank, termed the CoVBanQ, which is hosted in LSPQ.

At McGill, cutting edge technology sequencing is led by Prof. Ioannis Ragoussis, with Prof. Guillaume Bourque and his informatics team at the Canadian Centre for Computational Genomics (C3G), who will set up a portal to house and distribute the data. Operational support will be provided by McGill Genome Centre Deputy Director Dr. Daniel Auld, while phylogenetic analysis of the virus sequences will be led by incoming recruit Dr. Jesse Shapiro, currently at Université de Montréal, soon to be professor in the Department of Microbiology and Immunology at McGill University and member of the McGill Genome Centre.

This ambitious project partnering public health bodies and state-of-the-art research facility brings together experts in virology, genomics, bioinformatics, phylogeny and epidemiology to better understand the transmission of the disease, the evolution of the virus, and eventually support the Public Health Authorities and inform on surveillance approaches.

This partnership coincides with the recent announcement by the Federal government of $40M of funding to study the genomics of COVID-19 disease across Canada. These funds are divided between human and viral genomics of COVID-19. The study of the susceptibility and severity of individuals to COVID-19 through human genome sequencing is now supported by a $20M pledged to CGEn, a consortium of Canada’s three largest genome centres, of which the McGill Genome Centre is a member and will sequence blood samples from Québec COVID-19 patients and others. Sequencing of the SARS-CoV-2 virus is supported by another $20M, to be administered by Genome Canada. The program initiated by the McGill Genome Centre and the INSPQ will play a major role to characterize the Québec portion of the pandemic in this large Canada-wide effort.

Philippe Gros, Deputy Vice Principal (Research and Innovation) at McGill University: “The combined genomic sequencing of affected patients and their corresponding covid-19 viral isolates is a very exciting and timely undertaking. Not only will it provide valuable information on evolution, transmission and virulence of the virus, but it may also point to specific factors that make an individual more vulnerable or more resistant to the infection, including the protective immune mechanisms that regulate this balance”

Sandrine Moreira, Head of Genomics and Bioinformatics, Institut national de santé publique du Québec: “While the SARS-CoV-2 genetic code was first identified and shared widely as early as January this year, finding the small differences in viral sequences that appear over time and many cycles of replication can help to understand patterns of spread in the Quebec and Canadian communities.”

Under the directions of Prof. Mark Lathrop, Scientific Director at the McGill Genome Centre, the efforts of this Québec partnership are linked to similar international efforts in the UK, France, Belgium and Japan, which collectively aim to understand the transmission of the disease and the evolution of the virus to inform surveillance approaches. Furthermore, the discoveries will be integrated with findings concerning the patient’s immune system and genetic predisposition, which will be pursued in Canada and other countries.

About the McGill Genome Centre

The Centre advances genomics in medical research and traces its history to the founding of its predecessor, the McGill University and Génome Québec Innovation Centre in 2002. It provides a cutting-edge integrated research environment that harnesses the most recent advances in genomics and other areas of large-scale biology, with quantitative methodology and computational analysis for breakthroughs in medical and life sciences research. Currently, the Centre houses more than 215 faculty members, other staff and students who work on independent research projects or help to operate our platforms. To find out more, visit www.mcgillgenomecentre.ca

Founded in Montreal, Quebec, in 1821, McGill is a leading Canadian post-secondary institution. It has two campuses, 11 faculties, 11 professional schools, 300 programs of study and some 38,000 students, including 8,800 graduate students. McGill attracts students from over 150 countries around the world, with more than 7,700 international students making up 20 percent of the student body. Almost half of McGill students claim a first language other than English, including 38 per cent who claim French as their first language.

Photo: Nanopore technology-based devices are amongst those chosen to sequence the virus genome.

To learn more about how McGill researchers are tackling COVID-19, visit https://dossiers.mcgill.ca/confronting-covid-19/