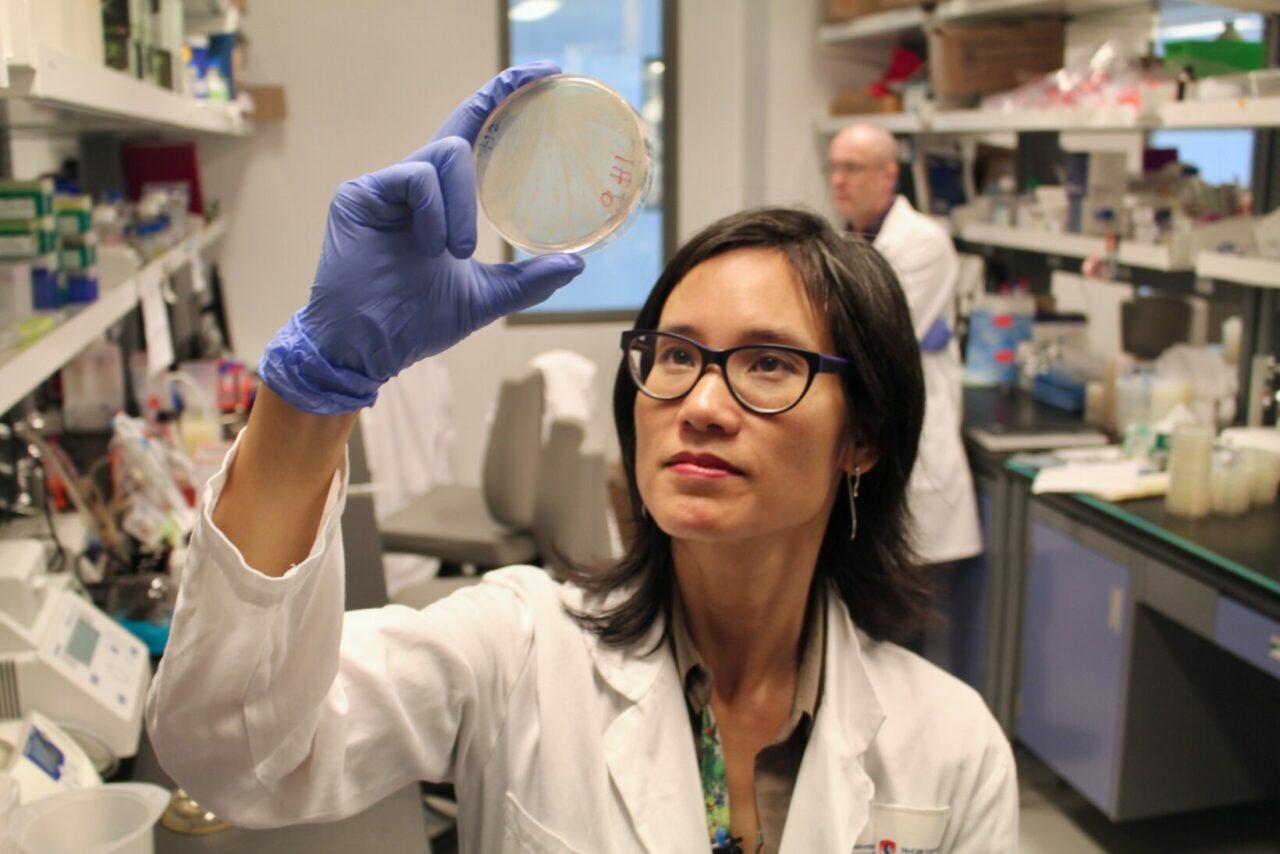 Scientists at the Research Institute of the McGill University Health Centre (RI-MUHC) have identified new means of fighting drug-tolerant bacteria, a growing global threat as menacing as drug-resistant microbes. Little is known about the mechanisms leading to tolerance, a strategy that makes bacteria “indifferent” to antibiotics and almost “un-killable,” which results in chronic infections extremely difficult to treat and cure.

The RI-MUHC’s research team discovered a new cellular target that can weaken the bacterium Pseudomonas aeruginosa, a daunting microbe which can become highly tolerant to many antibiotics, and thus refractory to antibiotic therapy.  The team’s findings are published this week in Proceedings of the National Academy of Sciences (PNAS).

“We identified a new function important to antibiotic tolerance, which could be targeted to enhance the activity of our current antibiotics,” says lead study author Dr. Dao Nguyen, a scientist from the Translational Research in Respiratory Diseases Program at the RI-MUHC and an associate professor of Medicine at McGill University. “This is critical if we want to improve the efficacy of our antibiotics and prevent such treatments from failing.”

P. aeruginosa lung infection is the leading cause of death for thousands of people living with cystic fibrosis. This bacterium also causes many other serious infections in people with weakened defenses and immune systems.

“P. aeruginosa causes lifelong lung infections in individuals with cystic fibrosis, and these infections cannot be cleared, even by cocktails of the most potent antibiotics available,” says Dr. Nguyen, who is also a respirologist at the MUHC.

“Many bacteria, such as P. aeruginosa, when they grow slowly or do not grow at all, become tolerant to antibiotics,” explains first study author Dorival Martins, a senior post-doctoral fellow in Dr. Nguyen’s laboratory. “This is a crucial problem because many chronic infections are caused by bacteria that are slow growing or enter a dormant state when they reside in a living host, and this causes treatments to fail or infections to relapse in patients.”

A new enzyme target for antibiotics

In this newest research, Dr. Nguyen and her team have discovered that when P. aeruginosa is under stress or lacking nutrients, it uses a stress signaling system and defense enzyme (superoxide dismutase) to modify its cell membrane, making it less permeable to molecules and preventing antibiotics from penetrating the cell.

Researchers found that inhibition of the enzyme activity or the stress signaling system could render the pathogen more susceptible to antibiotics.

“Up until now antibiotic tolerance in slow growing bacteria was widely attributed to the fact that targets of antibiotics were not available or inactive in ‘dormant’ cells. With this research we have shown there is more to it than that,” explains Dr. Nguyen. “We identified a new link between the stress defense enzyme, the regulation of membrane permeability and antibiotic tolerance.”

“In the long run, the discovery of this promising cellular target could expand the utility of our antibiotics and make new ones more effective,” she concludes.

This study was made possible by the financial support of Burroughs Wellcome Fund, the Canadian Institutes of Health Research (CIHR) and Cystic Fibrosis Canada.

The Research Institute of the McGill University Health Centre (RI-MUHC) is a world-renowned biomedical and healthcare research centre. The Institute, which is affiliated with the Faculty of Medicine of McGill University, is the research arm of the McGill University Health Centre (MUHC) – an academic health centre located in Montreal, Canada, that has a mandate to focus on complex care within its community. The RI-MUHC supports over 420 researchers and close to 1,200 research trainees devoted to a broad spectrum of fundamental, clinical and health outcomes research at the Glen and the Montreal General Hospital sites of the MUHC. Its research facilities offer a dynamic multidisciplinary environment that fosters collaboration and leverages discovery aimed at improving the health of individual patients across their lifespan. The RI-MUHC is supported in part by the Fonds de recherche du Québec – Santé (FRQS).

Intersting Engineering | ‘Un-killable’ Drug-Tolerant P. Aeruginosa Bacteria Can Be Killed After All