Discovery may help in the development of targeted therapeutics

Alzheimer’s disease is characterized by the accumulation in the brain of the amyloid and tau proteins, leading to neurodegeneration or loss of brain matter. A new study, led by researchers at McGill University and published in Alzheimer’s & Dementia: Translational Research & Clinical Interventions, a journal of the Alzheimer’s Association, explores the relationship between neuropsychiatric symptoms – an early predictor of the disease that can appear years before the onset of cognitive changes – and characteristics of Alzheimer’s disease such as amyloid, tau and neurodegeneration. The findings show that individuals presenting neuropsychiatric symptoms, which change throughout the disease spectrum and increase in severity, have higher risks of developing Alzheimer’s disease later on in life. 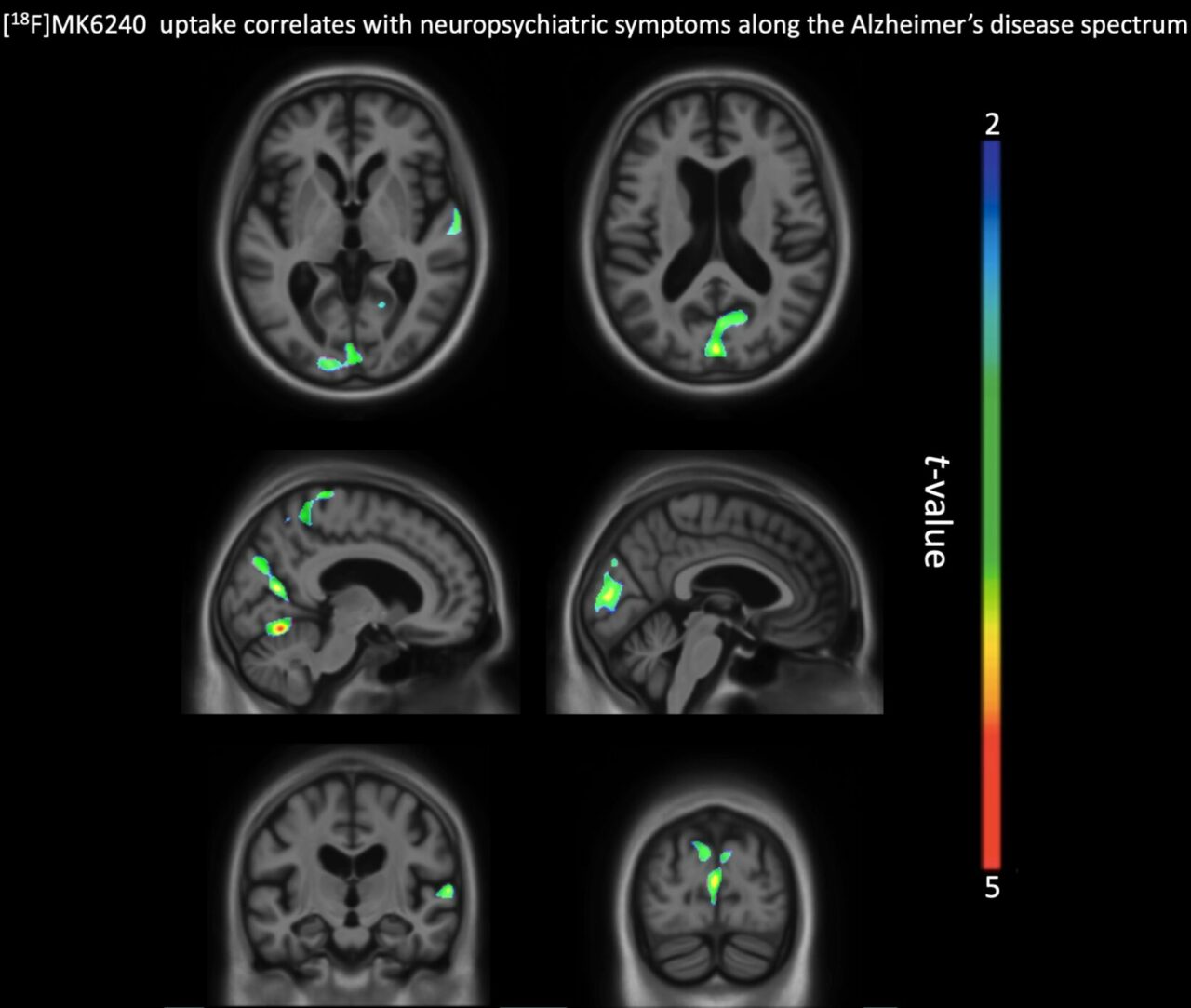 To complete their study, the researchers used the latest brain imaging methods, such as Positron Emission Tomography, allowing them to see the accumulation of the amyloid and tau proteins in the brain as well as Magnetic Resonance Imaging to assess the extent of neurodegeneration in vivo.

For many years, research has been linking brain regions to specific behavioral changes. “In our study, tau deposition was observed in regions related to each symptom distinctively,” explains Cécile Tissot, PhD Candidate at the McGill Center for Studies in Aging and the paper’s first author. “This means that the patterns of tau accumulation in someone’s brain explains the type of neuropsychiatric symptom presented by this individual.”

Today, tau is thought to be the cause of both cognitive and neuropsychiatric changes in Alzheimer’s disease and other neurodegenerative conditions. Research is now focusing on drugs that will help remove tau from the brain, or at least delay the accumulation of tau. “The results from this publication expands our understanding of neuropsychiatric symptoms, how these can appear and how they cause brain changes,” notes Dr. Serge Gauthier, Director of the Alzheimer Disease and Related Disorders Research Unit of the McGill Center for Studies in Aging, and a senior author on the study. “It will also be critical for research for the development of anti-tau drugs,”