Improved communication skills may be linked to increased connectivity between auditory and motor regions of the brain, researchers at Université de Montreal and McGill University find 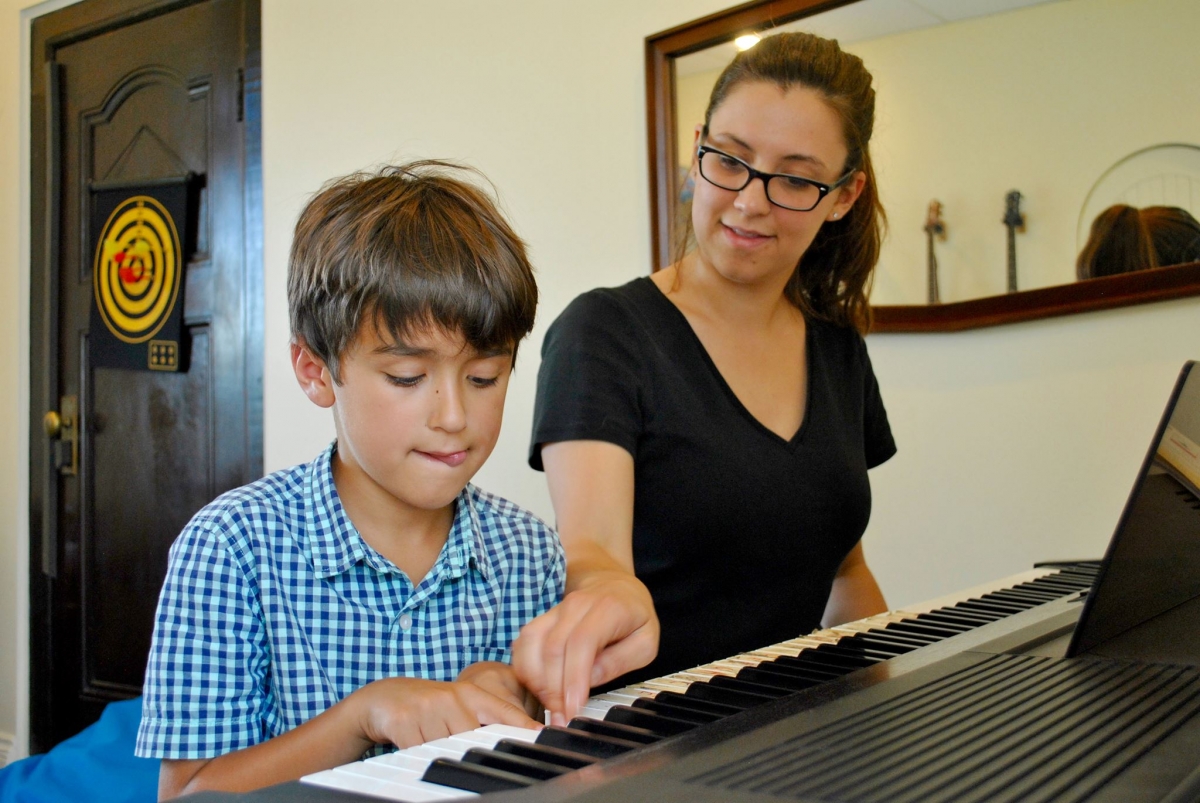 Engaging in musical activities such as singing and playing instruments in one-on-one therapy can improve autistic children’s social communication skills, improve their family’s quality of life, as well as increased brain connectivity in key networks, according to researchers at Université de Montréal and McGill University.

The link between autism spectrum disorder (ASD) and music dates back to the first description of autism, more than 70 years ago, when almost half of those with the disorder were said to possess “perfect pitch.” Since then, there have been many anecdotes about the profound impact music can have on individuals with ASD, yet little strong evidence of its therapeutic benefits.

To get a clearer picture, researchers from UdeM’s International Laboratory for Brain, Music and Sound (BRAMS) and McGill’s School of Communication Sciences and Disorders (SCSD) enlisted 51 children with ASD, ages 6 to 12, to participate in a clinical trial involving three months of a music-based intervention.

First, the parents completed questionnaires about their child’s social communication skills and their family’s quality of life, as well as their child’s symptom severity. The children underwent MRI scans to establish a baseline of brain activity.

Children were then randomly assigned to two groups: one involving music and the other not. Each session lasted 45 minutes and was conducted at Westmount Music Therapy.

In the music group, the kids sang and played different musical instruments, working with a therapist to engage in a reciprocal interaction. The control group worked with the same therapist and also engaged in reciprocal play, without any musical activities.

Following the sessions, parents of children in the music group reported significant improvements in their children’s communication skills and family quality life, beyond those reported for the control group. They did not report any reductions in autism severity.

“These findings are exciting and hold much promise for autism intervention,” said Megha Sharda, a postdoctoral fellow at Université de Montréal and lead author of the new research, published in Translational Psychiatry.

Data collected from the MRI scans suggest that improved communication skills in children who underwent the music intervention could be a result of increased connectivity between auditory and motor regions of the brain, and decreased connectivity between auditory and visual regions, which are commonly observed to be over-connected in people with autism.

Sharda explains that optimal connectivity between these regions is crucial for integrating sensory stimuli in our environment and are essential for social interaction. For example, when we are communicating with another person, we need to pay attention to what they are saying, plan ahead to know when it is our turn to speak and ignore irrelevant noise. For people with autism, this can often be a challenge.

“The universal appeal of music makes it globally applicable and can be implemented with relatively few resources on a large scale in multiple settings such as home and school,” said Aparna Nadig, an associate professor at McGill’s SCSD and co-senior author of the study with Krista Hyde, an associate professor of psychology at UdeM.

“Remarkably, our results were observed after only eight to 12 weekly sessions,” said Hyde. “We’ll need to replicate these results with multiple therapists with different degrees of training to evaluate whether the effects persist in larger, real-world settings,” she said.

“Importantly, our study, as well as a recent large scale clinical trial on music intervention, did not find changes with respect to autism symptoms themselves,” Sharda added. “This may be because we do not have a tool sensitive enough to directly measure changes in social interaction behaviours.”

The team is currently developing tools to assess if the improvements in communication skills can also be observed through direct observation of the interaction between child and therapist.

This research was funded by the Canadian Institutes of Health Research and the Quebec Bioimaging Network.