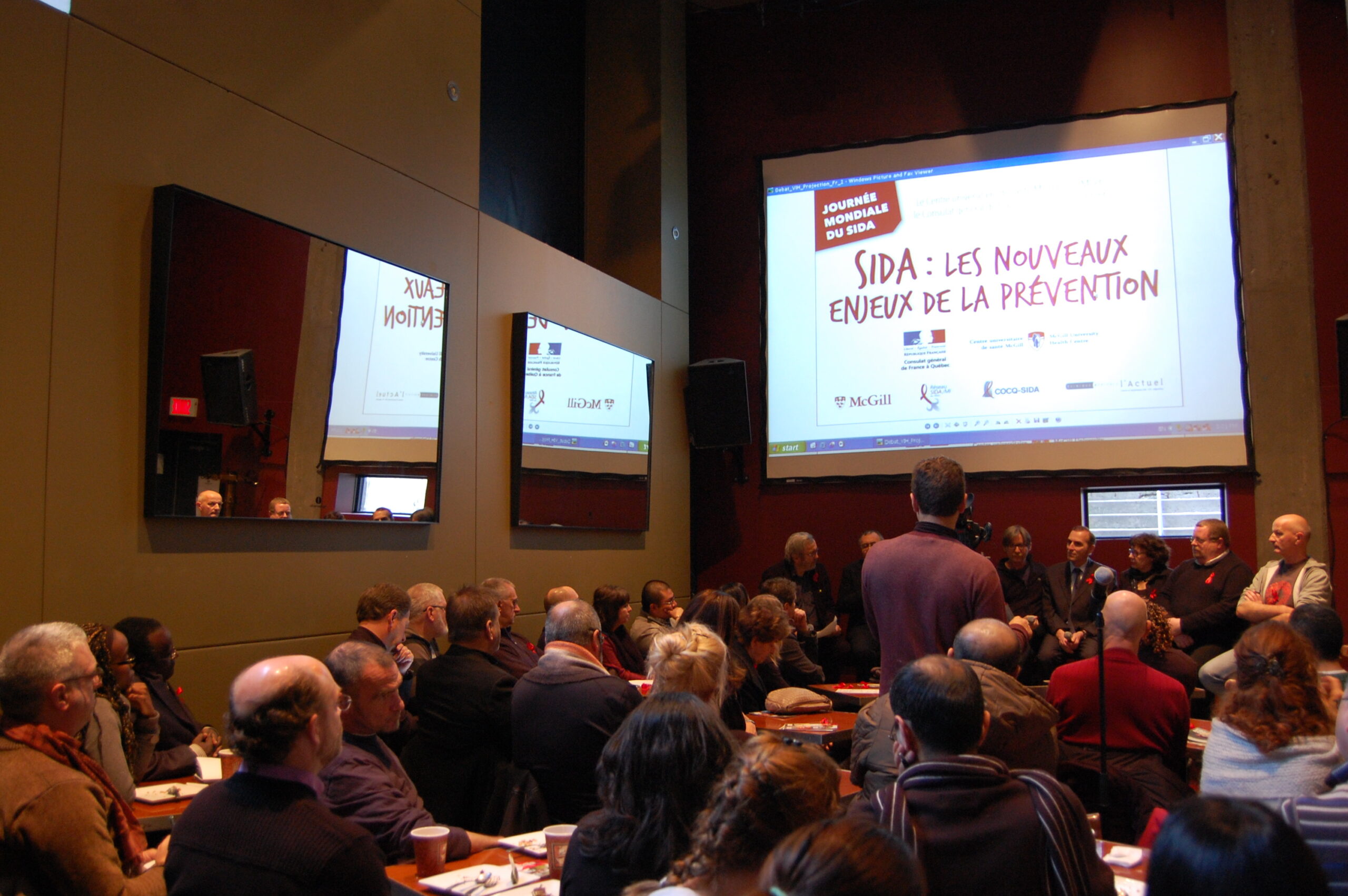 As part of World AIDS Day, held on Saturday, December 1st, the McGill University Health Centre (MUHC) organized a debate discussing new challenges facing the prevention of HIV/AIDS transmission in the convivial atmosphere of the Usine C bistro, in the Village of Montreal.

It was with the common goal of promoting Francophone scientific culture and supporting scientific collaboration between France and Quebec and thanks to the MUHC and funding from the Consulat général de France à Québec that this public and free event was made possible.

Dr. Bertrand Lebouché and Dr. Jean-Pierre Routy, both clinicians and researchers working on HIV/AIDS at the MUHC and at McGill University, were part of the panel discussion along with local and international activists involved in the fight against HIV/AIDS.

The event received excellent media coverage with our panelists being interviewed by media the day before, on site, and after the event (Radio-Canada, RDI, CBC TV, CTV and Le Devoir). The discussion, which included various questions from the audience, was moderated by Yanick Villedieu, host of Les Années lumière, scientific program on Radio-Canada (95.1 FM).

The room was packed with 80 people, including members of the general public, representatives of community associations fighting against HIV/AIDS, clinicians and scientists, and representatives from the MSSS.

Mrs. Evelyn Farha, Honourary President of the Farha Foundation, Quebec’s leading AIDS fundraising organization, honoured us with her presence throughout the event.