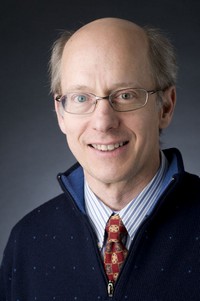 Source: Lady Davis Institute Newsroom
An international clinical trial, published in Nature Medicine, revealed that combining RNA and DNA profiling gives a far more precise indication of the active biological elements within a tumor, enabling clinicians to more accurately determine which targeted therapies could improve survival among patients with advanced cancer. This marks the first clinical trial in cancer to add gene expression on top of DNA aberration. The Segal Cancer Centre at the Jewish General Hospital (JGH) was the only Canadian site in this pioneering effort undertaken by the Worldwide Innovative Networking in Personalized Cancer Medicine (WIN Consortium), of which the Segal Cancer Centre is a founding member.
“The premise behind the WINTHER study was to consider therapy options based on the observed characteristics of an individual’s tumor, rather than aggregating based on larger group studies,” said Dr. Wilson Miller, Director of the Clinical Trials Unit at the Segal Cancer Centre and one of the principal investigators on the research. Dr. Miller is a Professor of Medicine at McGill University. “We have determined that analysis of the genetic mutations in a tumor doesn’t necessarily isolate the active elements that represent the best clinical targets. This trial showed that profiling RNA gives us a more accurate picture of the molecules that drive tumor progression in an individual case and, where we can target those molecules, we achieve much better results. Because DNA and RNA are not directly aligned in cancer cells, this added dimension of profiling is very important to personalizing treatment.”
The 107 patents who received treatment in the study had late stage disease for which there was little hope of improvement. All had already received extensive treatments, with one-quarter having received at least five prior lines of therapy. Nonetheless, more than 26% of the participants experienced at least six months of partial or complete response to the new therapies introduced as a result of the combination RNA and DNA profiling. More than 22% experienced survival that surpassed the previously expected norm.
One of the JGH patients had colorectal cancer in which the gene HER2/NEU, which is more often associated with breast cancer, was expressed. This patient was given a drug that acts on that mutation and the patient had a very positive response. Without identifying the presence of this gene, it is unlikely that anyone would have thought to treat a colorectal cancer patient with a drug generally used for breast cancer.
WINTHER involved centres in five countries. The lead researchers held weekly clinical management conferences, which were invaluable in their ability to collaborate. Health Canada was instrumental in allowing the application of experimental treatments in connection with this trial.
“Typically, results from a study on advanced cancer patients can help us introduce personalized treatments early in the progression of the disease,” explained Dr. Gerald Batist, Director of the Segal Cancer Centre and a Professor of Oncology at McGill University. “We anticipate that precision treatment that can elicit a response in the most advanced cases will have even more dramatic benefit when they are applied before the disease has had a chance to progress. The sooner we can introduce what prove to be the most effective medications, the stronger their impact is likely to be.”
The next phase WINTHER trial will recruit patients earlier in their cancer trajectory in order to further demonstrate the positive effects of precision medicine in cancer. An even deeper level of analysis is to identify the actual proteins underlying the gene expression, and researchers at the Lady Davis Institute at the JGH are actively pursuing this path of inquiry.
For media inquiries, and to arrange interviews with Dr. Miller or Dr. Batist contact:
Tod Hoffman
Research Communications Officer
Lady Davis Institute
Tel.: 514-340-8222 x 28661
Email: tod.hoffman@ladydavis.ca