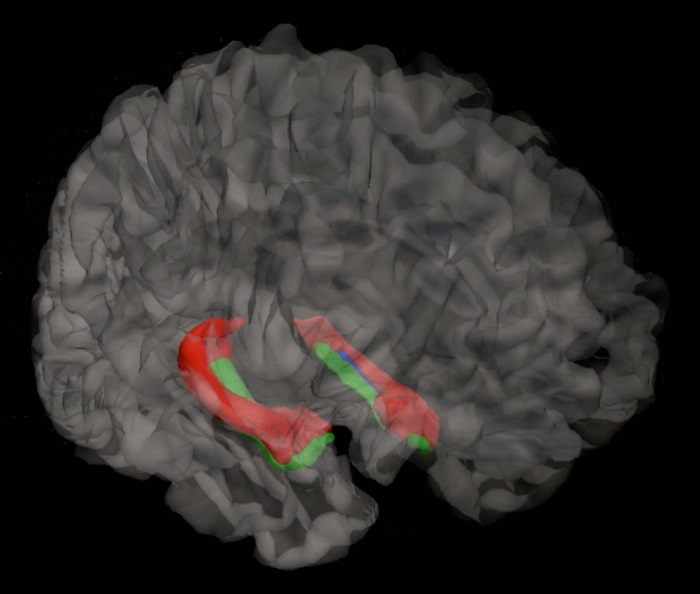 A new detailed map of the hippocampal region of the brain, compiled by researchers at the Montreal Neurological Institute and Hospital-The Neuro at McGill University, is helping the scientific community accelerate research and develop better treatments for patients suffering from epilepsy and other neurological and psychiatric disorders.

The team of researchers, led by Dr. Neda Bernasconi, a neuroscientist specializing in the neuroimaging of epilepsy and co-founder of the Neuroimaging of Epilepsy Laboratory (NOEL) at The Neuro, set out to build and share a detailed model of the substructures making up one of the key centres of the brain involved in epilepsy: the hippocampus. The goal of their project, published on November 10 in Scientific Data, is to improve the tools available to researchers and clinicians working in the field around the globe.

Epilepsy is a neurological disorder characterized by a sudden, brief change in the brain, expressed as a seizure. According to Epilepsy Canada, approximately one percent of Canadians suffer from the condition and more than 30% of patients with epilepsy do not respond to anti-epileptic drugs. For these individuals, the surgical removal of the brain tissue causing seizures is the only known effective treatment for controlling the condition and improving quality of life.

In order to compile this hippocampal atlas, researchers used MRI imagery from a sample of 25 healthy individuals. They then used their expertise in brain anatomy to label all the substructures composing the region, providing a model of an average, healthy hippocampus. The end result is analogous to a Google street view of this particular part of the brain. With this tool, researchers will be better able to assess the pathology of their patients by comparing their data to the atlas and will more clearly be able to locate the areas in need of surgical intervention.

A tool for brain diseases experts of all levels

“Our primary purpose was epilepsy. We wanted to be able to detect and identify different substructures in the hippocampus to enable us to be a lot more precise in our diagnosis and to pinpoint the affected region to better target treatments”, said Dr. Bernasconi. “With this new submillimetric dataset, made available through open science, we are not just sharing MRI images, we are also transferring anatomical knowledge and providing a statistical map that can be used by researchers and clinicians of different levels of expertise anywhere in the world.”

These tools hold promising therapeutic implications for epilepsy, but also for other neurological and psychiatric disorders such as Alzheimer’s disease, schizophrenia and depression.  Crucially, the atlas provides researchers with a non-invasive way to assess the impact of therapies targeting this region of the brain and to thus develop better treatments to improve the quality of life for their patients.

This work conducted by Dr. Neda Bernasconi and collaborators at the Montreal Neurological Institute, was supported by the Canadian Institutes of Health Research.