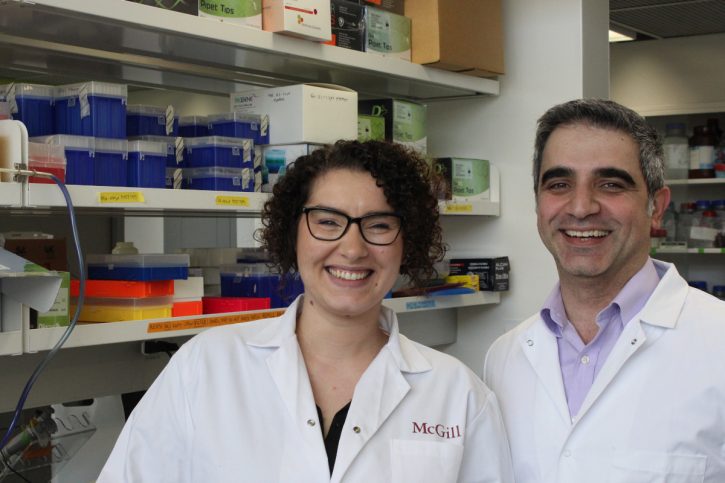 Researchers at McGill University have discovered that a protein found in the membrane of our sensory neurons is involved in our capacity to feel mechanical pain, laying the foundation for the development of powerful new analgesic drugs.

The study, published in Cell, is the first to show that TACAN, a highly conserved protein among vertebrates whose function remained unclear, is in fact involved in detecting mechanical pain by converting mechanical pressures into electric signals.

Using molecular and cellular approaches with electrophysiology, Reza Sharif-Naeini, a professor in McGill’s Department of Physiology, and his team were able to establish that TACAN is found on the membrane of pain sensing cells where it forms tunnel like pores, a structure known as an ion channel.

The researchers also created a mouse model where TACAN could be “turned off,” making the animals significantly less sensitive to painful mechanical stimuli.

“This demonstrates that TACAN contributes to sensing mechanical pain,” says Sharif-Naeini, who is also the study’s senior author.

About 70 years ago, scientists imagined that tiny sensors might be responsible for providing our brain with useful information about our environment, explaining our sense of touch or our capacity to feel pain when pinched.

These sensors have since been discovered to be ion channels – pore like structures capable of translating mechanical pressures exerted on a cell into electrical signals that travel to the brain to be processed – a phenomenon known as mechanotransduction.

This phenomenon has been shown to be central in several physiological processes such as hearing, touch and the sensation of thirst. But the identity of the sensor responsible for mechanical pain remained elusive.

Because “most of the pain we feel – a pinch or a stubbed toe – is mechanical in nature,” Sharif-Naeini said that competition to find the newly discovered sensor was fierce.

With the rampant problem of opioid overuse, the finding has practical implications for people who suffer from chronic pain. Patients with conditions such as osteoarthritis, rheumatoid arthritis or neuropathic pain often develop mechanical allodynia, a condition where mechanical pain receptors become overly sensitive. Trivial things such as walking or a light touch thus become extremely painful, leading to a significant reduction in the quality of their lives.

“Now that we have identified the sensor associated with mechanical pain, we can start designing new powerful analgesic drugs that can block its action. This discovery is really exciting and brings new hope for novel pain treatment,” adds Sharif-Naeini.

“TACAN is an ion channel involved in sensing mechanical pain” by Lou Beaulieu-Laroche et al. was published in Cell.

This work was supported by the Canadian Institutes of Health Research and the Groupe d’étude des protéines membranaires.