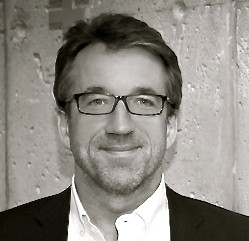 Dr. Matthias Friedrich, Professor of Medicine with the Departments of Cardiology and Diagnostic Radiology at McGill University’s Faculty of Medicine and Attending Cardiologist at the Royal Victoria Hospital Glen site, has been elected President of the Society for Cardiovascular Magnetic Resonance (CMR) (www.scmr.org), one of the largest international imaging societies.

In this new role, Dr. Friedrich will oversee the operations of a 2,500+ member group of cardiologists, radiologists, scientists and technologists with a special interest in Magnetic Resonance of the cardiovascular system. The technique has evolved to the most powerful imaging technology of the heart, while being safe and cost-efficient. Based on the phenomenon of magnetic resonance, which was discovered in the early 20th century, the technique uses large, strong magnets to generate high-resolution images of the moving heart with an excellent visualization of anatomy, fibrous structures, blood flow and tissue characteristics such as edema, infiltration or scarring.

After earning his MD at the Friedrich-Alexander-University Erlangen/Nuernberg, Germany, Dr. Friedrich completed his training as an internist and cardiologist at the Charité University Medicine Center, Humboldt University in Berlin. After his move to Canada in 2004, he joined McGill in 2015. His scientific interest revolves around phenotyping cardiac diseases using tissue CMR characterization, mainly in acute myocardial ischemia and cardiomyopathies including myocarditis. He is one of the lead figures for developing CMR techniques and protocols for myocarditis, cardiotoxicity, acute myocardial infarction, and stress-induced cardiomyopathy. As one of the first, he used mapping of magnetic relaxation times in patients and, more recently, myocardial oxygenation. He also was the first to propose using breathing maneuvers instead of pharmacological vasodilators for assessing coronary vascular function.

Dr. Friedrich is Chair, Cardiovascular Imaging of the McGill University Health Centre and has initiated a research program focused on novel techniques including imaging inflammation and oxygen metabolism in the heart, all without needles or stress protocols. He is well-published (more than 11,000 citations) and well connected with many international collaborators.

When asked, he stated that “McGill University provides an excellent home base for innovative research and international collaborations”. About his new position, he said, “I will work hard on raising the awareness about the outstanding value of Cardiovascular MR in clinical cardiology.”