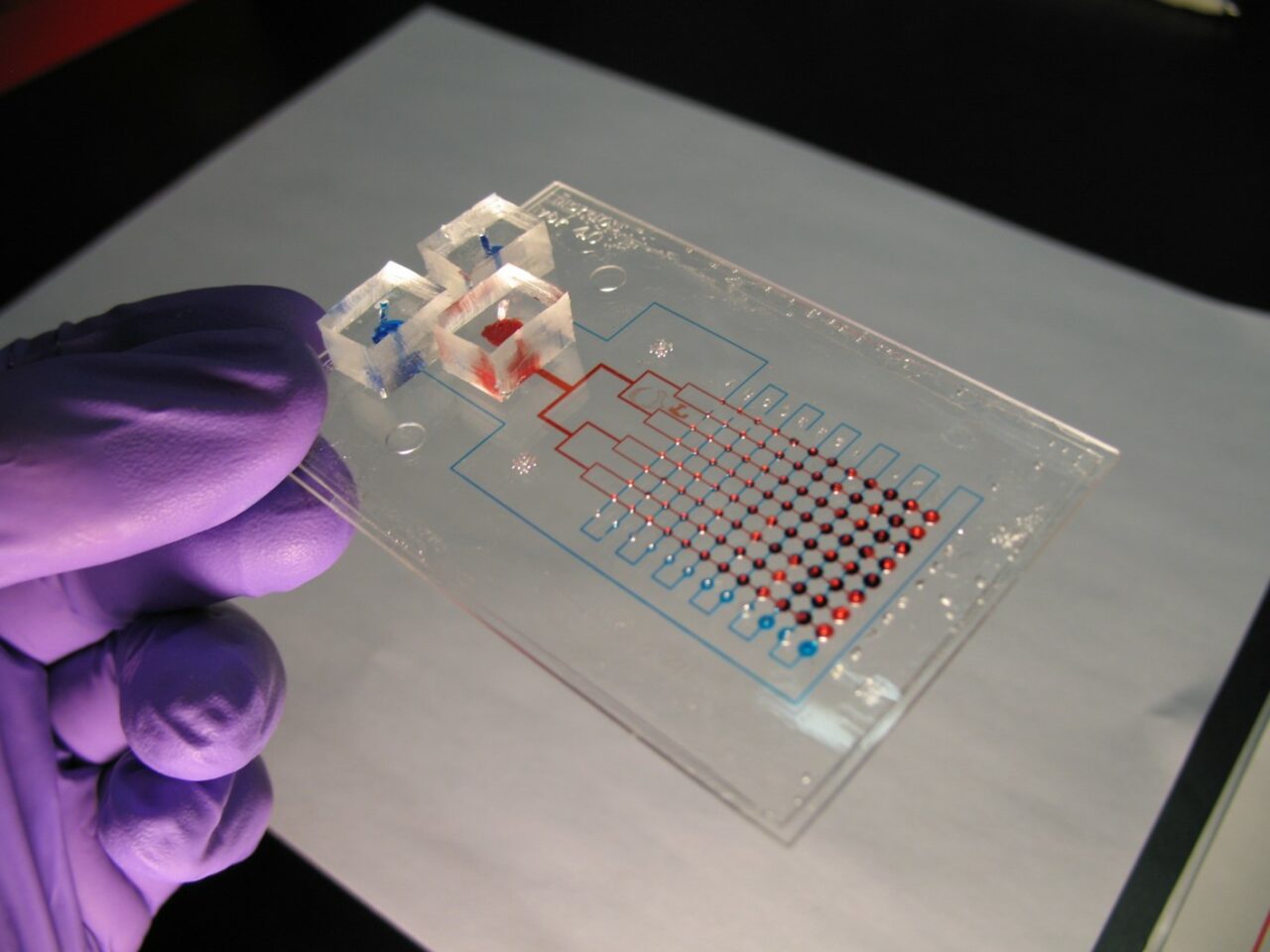 A McGill biomedical engineer is designing a novel drug-testing platform for Cystic Fibrosis compounds by trying to solve a conundrum: How can you observe the natural reaction of a cell that is used in the natural habitat of the human body, when it is grown on the plastic surface of a well-plate?

Dr. Christopher Moraes, Canada Research Chair in Advanced Cellular Microenvironments, lays out a fundamental challenge for the cell researcher: “Cells interpret physical and chemical factors in their environment,” he explains, including features like mechanical stiffness, tissue architecture and secreted chemical signals.  This means that observing cells inside the bottom of a hard plastic well can lead to a different observation than had they been seen from inside an environment like an organ.

This systemic problem with observing cells makes testing compounds for potential drugs inefficient, since many of those cells will not respond in the same way as they would in the body, according to Moraes, who is a Professor in the Department of Chemical Engineering and an Associate Member in the Department of Biomedical Engineering, and Goodman Cancer Research Center in the Faculty of Medicine.

For the last six months, Moraes has been collaborating with Dr. John Hanrahan, Director of McGill’s Cystic Fibrosis Translational Research Centre. They wanted to improve the testing of multiple compounds for potential medications, also known as high throughput screening. Moraes poses their project’s key challenge: “Can we improve discovery systems by making the environment more realistic?”

That means trading in the durable and plastic for the soft, moist and porous.

Moraes has been looking at the cell’s natural matrix, or structure, which is extremely soft. “In the body, this matrix is mostly composed of natural hydrogels.  We make synthetic and semi-synthetic hydrogels to replicate this aspect of the cellular microenvironment.” Comparing them to a collection of hair in the bathtub drain, the hydrogels are mostly liquid but are fibrous enough to provide the cell with attachment and growth sites.

Moraes’ technologies are called “lung on a chip.” Part of a growing group of techniques known as “organ on a chip,” these systems mimic the environment of the organ in miniature using microscale structures fabricated with tools repurposed from the semiconductor industry.  Moraes has been integrating cells, hydrogels and microchips, for high-throughput drug discovery. “If we can take those environmental parameters that are important to the cell and replicate it in our chips and on our microfabricated systems, then we should get that cell to behave as if it is in the actual organ.”

Moraes, who has been at McGill since 2014, spent the four previous years as a post-doc at the University of Michigan Biointerfaces Institute, where there had been a healthy exchange between microbiologists and biomedical engineers. He says there is a growing school of thought that welcomes engineers into the genetics lab and he is heartened by the collaborative exchange taking place between him and Dr. Hanrahan, a Professor in the Department of Physiology at McGill.

Moraes sees the field getting wider: “We can no longer think about biological systems as just being genes and protein. I think that structure and function and mechanics and architecture and engineering play a huge role in how we should be understanding biology.”