Dr. Madhukar Pai will join heads of state, researchers and philanthropists at UN Headquarters to discuss how to address the world’s most deadly infectious disease 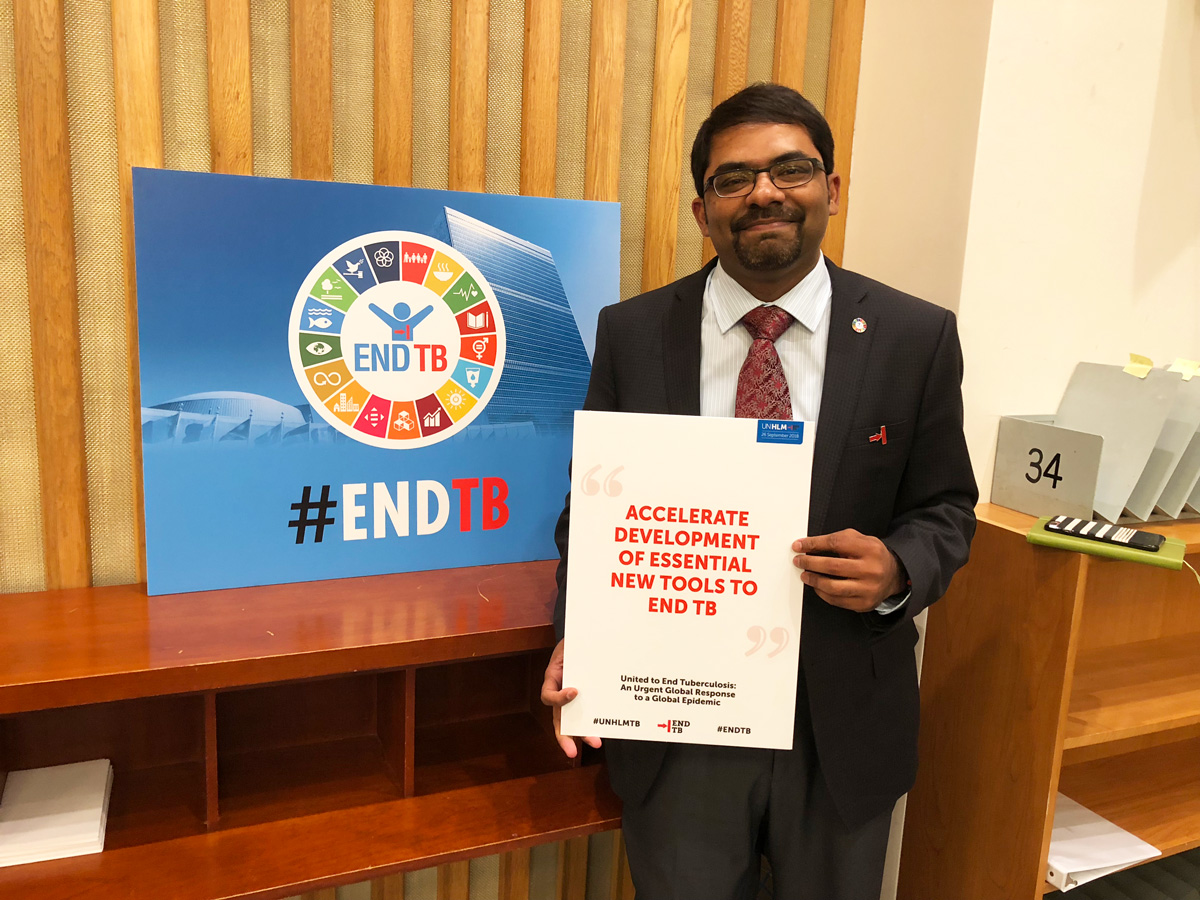 Dr. Pai will join more than 50 heads of state and hundreds of leaders, researchers and philanthropists at UN Headquarters, during the General Assembly Debate, to discuss how to address the most deadly infectious disease in the world today. Other participants include Bill Gates and Jane Philpott, Canada’s federal Minister of Indigenous Services, and former Minister of Health.

“We would love to see the kind of political commitment that smallpox got, and that is the hope – that this high-level meeting will be the turning point for TB. Unless there is serious political commitment, funding and implementation, it will be impossible to meet disease reduction targets,” says Dr. Pai. “Political leaders need to wake up to the realities of the TB epidemic, and step up with clear actions and commitments.”

There are about 1,600 new cases of active TB reported in Canada every year, giving Canada one of the lowest rates of active TB in the world. However,  the news isn’t all good. Immigrants to Canada and the country’s Indigenous peoples are affected at a disproportionate rate.

“Inuit people in Canada are facing a burden that is nearly 300 times higher than in non-Indigenous, non-newcomer communities,” says Dr. Pai on the eve of the UN meeting. “The fact that a rich country like Canada has such disparities in health is a clear signal that we have not done enough to tackle TB and its social determinants, poor housing, poverty and crowding.”

In March 2018, Minister Philpott and Natan Obed, the President of Inuit Tapiriit Kanatami, announced a commitment to eliminate TB across Inuit Nunangat by 2030, and to reduce active TB by at least 50 per cent by 2025. Though long overdue, according to Dr. Pai, this commitment is a positive step in Canada’s fight against this deadly disease.

“Implementing the recommendations in the declaration is of great importance,” says Dr. Pai. “We are hoping country heads will make concrete pledges on what investments they will be making. And we hope there will be a mechanism to keep them accountable for their pledges and promises.”

The UNHLMTB on September 26 is the fifth high-level meeting devoted to a health issue convened by the UN. (The first was the 2001 Special Session on HIV/AIDS, followed by UNHLMs on Non-Communicable Diseases, Ebola, and Antimicrobial Resistance.)

Listen to a podcast with Dr Pai discussing the background on the UNHLMTB.