McGill researcher Dr. Brian Ward is also Medical Officer at Medicago, a world leader in plant-based vaccine manufacturing, which is currently engaged in finding a solution to provide immunity to the virus that causes COVID-19 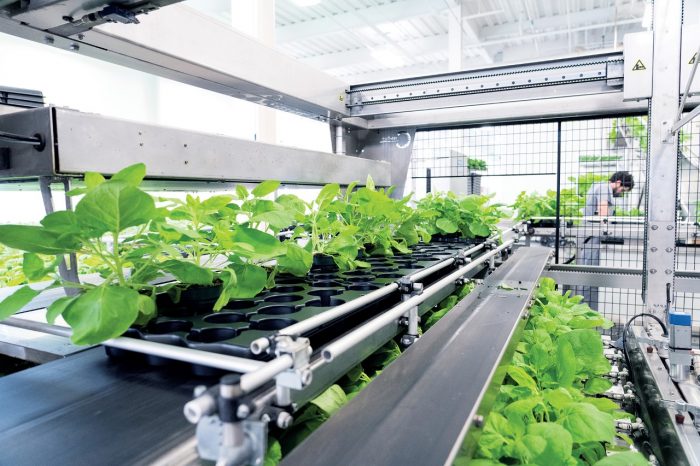 As Canadians move into their second month of staying home to prevent the spread of COVID-19, one thing seems clear: there will be no definitive end to this situation until a safe and effective vaccine is found.

Stories of vaccines against the coronavirus proliferate on the Internet almost as quickly as the spread of SARS-CoV-2, the virus that causes COVID-19. At last count, 115 labs around the world were working on finding a solution. But how long will it take to produce one?

Dr. Brian Ward, Professor in the Division of Experimental Medicine in McGill University’s Faculty of Medicine, is well aware of the challenge, having been part of efforts to develop vaccines and therapeutics for earlier pandemic scares, such as the swine influenza virus that emerged in 2009-2010 or the West African Ebola virus outbreak in 2014-2015.

Since 2009, Dr. Ward has been Medical Officer at Quebec-based Medicago Inc., a company that uses plant-based techniques to develop and produce vaccines and monoclonal antibodies. The privately-held company began as a spin-off in 1999 from a partnership between Laval University and Agriculture Canada. It is now among the companies racing to develop a vaccine against SARS-CoV-2.

The company originally focused on using transgenic alfalfa (also known as Medicago sativa, hence the company’s name) as its production method. Subsequently, the company turned to Nicotiana benthamiana, an Australian relative of the tobacco plant, for its comparative ease of manipulation and agroinfiltration – a process that permits high levels of protein production without genetic modification of the plant itself.

“It’s like any other recombinant system,” explains Dr. Ward. “Except that instead of using 1,000-litre stainless steel bioreactor tanks filled with bacterial, mammalian or insect cells, our bio-reactor is a plant.”

“Our work is progressing extremely well, and we are going as fast as humanly possible,” said Dr. Ward. “We are currently engaged in the required animal testing – including critical challenge studies in monkeys – and we are designing all three phases of clinical trials. We’re confident we can begin human testing early this summer.”

The company is already evaluating vaccine study sites, including the MUHC Vaccine Study Centre. Given the speed of development, it is likely that the first data for efficacy in monkeys and safety/immunity in humans will be available before the end of 2020.

A number of important considerations remain, however. What is the required dose of the vaccine, for example, and how many doses will be needed for the body to develop an adequate level of immunity? Will the vaccine require the use of an adjuvant, products that are often added to vaccines to increase the immune system’s response? What adjuvant might be best suited for a SARS-COV-2 vaccine?

Even more important: the vaccine must not make matters worse – a phenomenon often referred to as Vaccine Enhanced Disease. VED results when a vaccine induces an immune response that can worsen the illness when the vaccinated individual is subsequently exposed to the real virus. This happened with the first RSV vaccine developed in the 1960s, which resulted in worsening the disease among children, and severely slowed efforts to find a suitable vaccine for decades. Other more recent vaccines have experienced similar setbacks.

Medicago has designed its vaccine and planned both animal and human studies to minimize the possibility of VED, but Dr. Ward noted that not all vaccine development efforts around the world are paying a similar level of attention to avoiding this risk. “We think this is a mistake,” he said. He also noted that many of the Internet-driven stories about potential vaccines are coming from labs that have no real production capacity.

Regarding Medicago’s capacity, Dr. Ward explained that the company may be able to produce up to two million doses per month at its Quebec facility and that it also operates a second facility in Raleigh, North Carolina that could produce as many as 10-12 million units per month (assuming that a single dose of between 3.75 and 7.5 micrograms will be enough to induce a good response in most people). Based on these possible numbers, the company might be able to satisfy Canada’s needs for a vaccine relatively quickly. However, these same numbers make it clear that other vaccines will be required to address the outbreak at the global scale.

“This is not a winner-take-all situation,” said Dr. Ward, referring to the global race to find a vaccine. “In all likelihood, there will be a dozen viable vaccines that will be reasonably efficacious and safe.” But as to how these units would be distributed, and who will pay for them, things remain uncertain at this point.

This final point – distribution – raises an important concern for Dr. Ward. “If we are really going to vaccinate 7.8 billion people, we need to start thinking about important social questions like equity. In the very near future, there will almost certainly be serious disparities between wealthy countries that have vaccine manufacturing capability and countries that do not.”

The basic idea behind agroinfiltration is to take the young plants and invert them so that the leaves are immersed in a solution filled with a bacterium called Agrobacterium tumefaciens that naturally infects plants by ‘injecting’ some of its genetic material (i.e.: DNA) into plant cells. In Medicago’s production platform, these bacteria are modified to be less dangerous to the plant and to inject DNA that will drive production of one or more viral proteins – in this case the so-called ‘spike’ protein of SARS-CoV-2.

Once immersed in this bacterial solution, a vacuum is applied to the roots, causing the plants to compress like a sponge. When the vacuum is released, the leaves expand and absorb the surrounding liquid deep into their cellular structure – leading to introduction of the desired DNA; a process called transfection. The plants are then moved to a greenhouse, where each cell begins to produce thousands of copies of the spike protein that naturally assemble into ‘trimers’ (i.e., three spike proteins together) and move to the cell surface.

Once clustered at the surface, the trimers push through the plant cell membrane to spontaneously form small spheres or vesicles called virus-like particles (VLPs) that are released from the cell. These tiny VLPs are about the same size as the SARS-COV-2 virus but contain no viral genetic material so cannot replicate or cause infection. For the point of view of the human immune system, however, these VLPs ‘look’ a great deal like the real virus. These VLPs are relatively easy to collect from the plants by simple digestion of the cell wall material and standard industry purification processes. This results in a highly purified candidate vaccine that contains almost exclusively the spike protein target.

“When compared to other vaccine platforms, plant-based production can be relatively ‘clean’. For example, in the case of influenza vaccines made in eggs or mammalian cell culture systems, many off-target proteins of cellular origin can be intermixed with the viral protein(s) of interest. In Medicago’s plant-based system, there is almost nothing else in the vaccine because we don’t have to break the cells apart,” said Dr. Ward.