In real estate, location is key. It now seems the same concept holds true when it comes to stopping pain. New research published in Nature Communications indicates that the location of receptors that transmit pain signals is important in how big or small a pain signal will be — and therefore how effectively drugs can block those signals.

A team of researchers led by McGill University’s Director of Anesthesia Research Terence Coderre and Karen O’Malley at Washington University in St. Louis, found that rats treated with investigational drugs to block the activity of the receptors in the nucleus soon began behaving in ways that led them to believe the animals had gotten relief from neuropathic pain. According to Prof. Coderre, “drugs that penetrate the spinal nerve cells to block receptors at the nucleus were effective at relieving pain, while those that don’t penetrate the nerve cells were not. Rats with nerve injuries had less spontaneous pain and less pain hypersensitivity after blocking receptors at the nucleus, while the pain sensitivity of normal rats was not affected”. 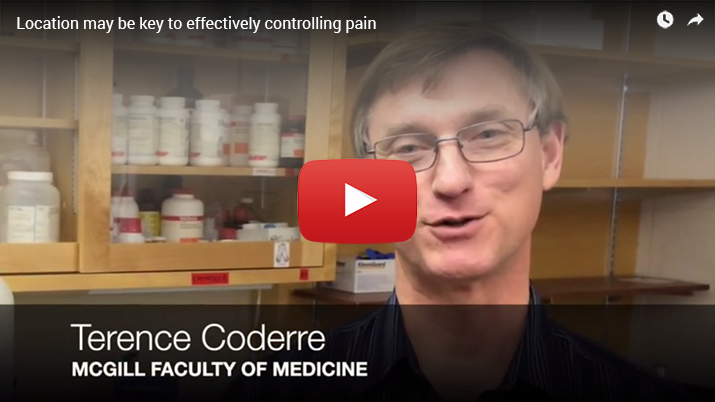 Scientists have been studying glutamate receptors in the pain pathway for decades. What’s new, Coderre explained, is that these most recent experiments — in cell cultures and rats — demonstrate that the location of the receptor in the cell has a major effect on the cell’s ability to transmit pain signals.

The researchers focused mainly on nerve cells in the spinal cord, an important area for transmitting pain signals coming from all parts of the body.