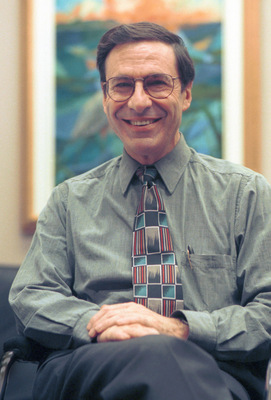 The taping of the first annual Killam Symposium took place at Rideau Hall on Tuesday, Nov. 20, in collaboration with the CBC, the Canada Council for the Arts and Rideau Hall. The discussion will be broadcast on CBC Radio One’s Ideas program with Paul Kennedy on Friday, Nov. 30, at 9 p.m. The discussion panel was comprised of four of the five 2012 Canada Council Killam Prize winners, including Dr. Mark A. Wainberg, Director of the McGill AIDS Centre and head of the HIV/AIDS research axis at the Lady Davis Institute, speaking on the topic of idea creation and discovery. The Prize Laureates are award winners in the fields of engineering, international economics, philosophy, superconductivity and AIDS research. See the Ideas program schedule here.

Each year, the prizes are awarded by The Canada Council  and the Killam Trusts to scholars who have made outstanding contributions in such fields as the humanities, health sciences and natural sciences. The 1st Annual Killam Prize Symposium was hosted by His Excellency the Right Honourable David Johnston, Governor General of Canada, on November 20, 2012

Listen to the broadcast on CBC here