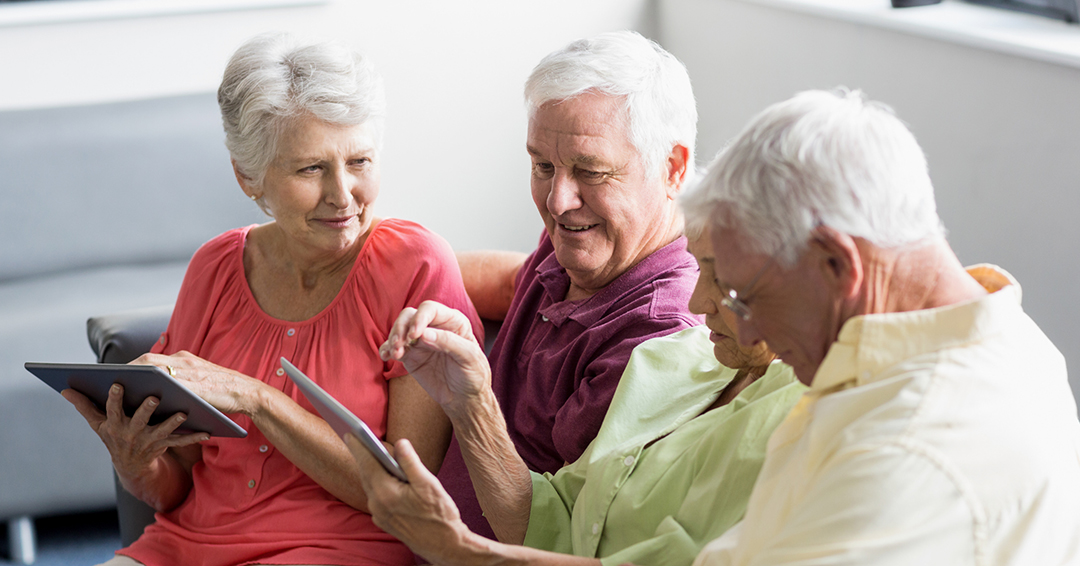 January is Alzheimer’s Awareness month and two new studies at the Clinical Research Unit at The Neuro are tackling cognitive decline with the goal of helping older Canadians remain independent longer. One study looks at how a computerized brain-training program may improve focus and the brain’s ability to stay in shape; the other is investigating a potential new therapeutic avenue in slowing the progression of early Alzheimer’s Disease.

According to the Alzheimer’s Society of Canada, almost 40% of people over the age of 65 experience some form of memory loss, known as age-associated memory impairment. The accepted wisdom is that, in order to stave off further cognitive decline and possible dementia, we need to keep our brains active. But how do we know what really works to keep us sharp?

“In my clinic, I see patients with memory problems, and they’re worried. They tell me that they are doing crossword puzzles every day; but we now know that crossword puzzles don’t do much,” explains Dr. Etienne de Villers-Sidani, a neurologist specializing in cognitive disorders at The Neuro (Montreal Neurological Institute-Hospital). “In order to show benefit, we need a type of training that involves your senses, that involves your attention and that gets harder and harder over time.”

Dr. de Villers-Sidani is the principal investigator for the INHANCE study taking place at the Neuro’s Clinical Research Unit. This study is looking at the impact of a computerized brain training program designed by Posit Science at UCSF that hopes to show improved neurological health by targeting speed and alertness training. The study will not only look at participants’ scores on standard measures of cognition, but will also evaluate their levels of acetylcholine, a chemical produced in the brain when we focus, through novel brain imaging techniques.

“As we get older, the chemicals in the brain that are important for attention and for brain plasticity –meaning the ability of the brain to change — tend to go down naturally. And that process becomes accelerated in a number of neurodegenerative disorders, like Alzheimer’s disease,” says Dr. de Villers-Sidani.

In 2017, the Alzheimer’s Association published the results of a 10-year study in the US that found that individualized computerized brain training reduced the incidence of developing Alzheimer’s by almost 30%. The INHANCE study aims to go one step further by examining whether this type of brain training can actually change the chemistry of the brain in a fundamental way.

“There is no data out there on this. What we’re trying to do with this study by tracking acetylcholine is to demonstrate that the brain can upregulate, and increase its production of this very important chemical for healthy brain function,” explains Dr. de Villers-Sidani.

Posit Science received funding from the National Institutes of Health in the US for the INHANCE study and contracted the Clinical Research Unit at The Neuro to conduct the trial. The Neuro is well known for its positron emission tomography (PET) unit, an emerging technology for the clinical evaluation of many disease processes.

“The Neuro is one of the only places in the world that is equipped to measure levels of acetylcholine in the brain. The ligand — a molecule that binds to a receiving protein – that is used in the imaging was developed for the first time in collaboration with the PET unit at The Neuro. It’s only been used in a handful of other places in the world,” adds Dr. de Villers-Sidani.

The INHANCE trial is looking for healthy participants over the age of 65 who would use this daily brain training program 30 minutes a day at home for several weeks. Anonymous data from the study will also be available following the end of the study in LORIS, an open science data-imaging platform at The Neuro that will allow researchers from around the world to request access to further their research.

Dr. de Villers-Sidani is hopeful that this speed and alertness training could make a real difference. “If the results of the study are positive, that could have an impact on clinical management relatively soon, because this software already exists.”

The Alzheimer’s Society of Canada estimates that there are half a million people over the age of 65 living with dementia today, and that number is set to almost double in the next decade. Dementia is an umbrella term for a set of disorders, including Alzheimer’s Disease, that impair brain function. The symptoms include a decline in memory, language and judgement; physical challenges with balance and movement; as well as changes in mood and behaviour. These are chronic conditions that gets more severe over time.

The CRU at The Neuro is the only site in Quebec taking part in a major international trial testing a new medication that hopes to slow cognitive decline in participants who already have early Alzheimer’s Disease. This Phase II trial will test a potential new medication’s safety and as well its effects on the accumulation of tau protein in the brain.

“There are two major abnormalities leading to symptoms in Alzheimer’s disease. There are amyloid-beta plaques and there are neurofibrillary tangles caused by an accumulation of a protein called tau that collects inside neurons,” explains Dr. Simon Ducharme, a neuropsychiatrist and the director of the Geriatric Psychiatry Division at McGill University, who is the principal investigator on the AuTonomy clinical trial at The Neuro.

“The interesting thing about tau is that it accumulates in the places in the brain related to symptoms — for instance the memory centers around the hippocampus — while beta-amyloid plaques are more dispersed. There is therefore an important link between these accumulations and the actual symptoms of dementia. Yet the approach of targeting tau has been much less explored in trials testing new treatments,” says Dr. Ducharme.

To date, the great majority of studies testing new medications to treat Alzheimer’s have focussed on amyloid-beta and they largely have not been successful at slowing disease. A recently approved medication showed mild slowing of disease progression, but patients continued to deteriorate on the treatment. “The hope is that by targeting tau, this study will lead to a disease modifying therapy, one that can stabilize or significantly slow down the progression of the disease,” says Dr. Ducharme.

The AuTonomy study is for those with early stage Alzheimer’s disease or mild cognitive impairment (MCI) with evidence of elevated brain tau. This is a stage where patients have biological changes in their brain and may experience memory loss, word finding issues and difficulty with orientation. “At this stage we can see from the biological tests that these issues are caused by Alzheimer’s disease in the brain, but these individuals remain fairly independent,” explains Dr. Ducharme.

The experimental medication tested in the AuTonomy study is innovative; it is testing a passive antibody mechanism that binds to specific forms of phosphorylated Tau to facilitate its elimination by the brain’s microglia. In other words, it has the potential to decrease the spreading of tau in the brain, which could slow down disease progression.

“There is probably going to be a point where we can combine these different approaches – amyloid-beta and anti-Tau. Our current research is really building the arsenal to slow down the progression of the disease. The ultimate goal would be to see a stabilization of Alzheimer’s Disease,” concludes Dr. Ducharme.

For more information on these two studies, contact the neurocognitive team at the Clinical Research Unit at The Neuro at info-cru.neuro@mcgill.ca or visit cru.mcgill.ca/ad_en.