Project aims to improve quality of life after cardiac surgery 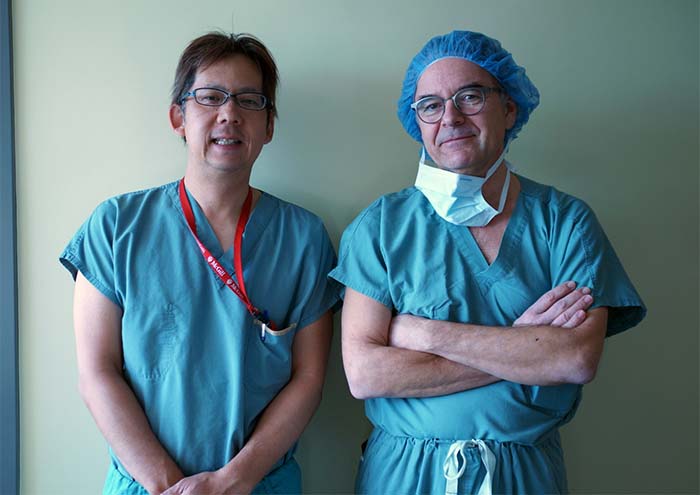 Thanks to new funding from the Alzheimer’s Drug Discovery Foundation announced February 27, an interdisciplinary team led by researchers at the Research Institute of the McGill University Health Centre (RI-MUHC) will undertake a project that aims to improve quality of life after cardiac surgery, a growing healthcare problem.

“Postoperative impairment of cognitive function is a growing healthcare problem as major surgery is being performed in an increasingly older patient population,” says Dr. Sato, the nominated principal investigator. Cognitive problems, which can be detected in nearly 50% of elderly patients after cardiac surgery, are associated with poor long-term outcome.

“Although POD and POCD are often described as distinct entities, a strong relationship exists between the two problems,” as Dr. Sato explains. Patients with POD are at increased risk of developing POCD, and POD appears to accelerate the slope of cognitive decline. “Prevention, prompt diagnosis and treatment of POD is important in reducing the risk of long-term postoperative cognitive decline and possibly Alzheimer’s disease,” he adds.

Collaborators from the RI-MUHC, McGill University and the National Institutes of Health (NIH) in the U.S. have joined forces to make headway where earlier attempts to prevent POD and POCD using pharmacological interventions have failed.

“We established an outstanding team of scientists including anesthesiologists, neuropsychologists and cardiac surgeons, all with extensive expertise in clinical research,” says Dr. Schricker, the co-principal investigator. “The team brings unique expertise and resources to investigate intranasal insulin as a novel and attractive therapeutic option for the prevention of postoperative impairment of cognitive function.

“To the best of our knowledge, we are the first to administer and study intranasal insulin to improve quality of life in surgical patients. The intranasal administration has the benefit of delivering insulin directly into the central nervous system (CNS), thereby bypassing the blood brain barrier and reducing systemic insulin exposure and the risk of hypoglycemia.”

The project will also study biomarkers and neuroimaging related to the effect of intranasal insulin, and elucidate risk factors for postoperative cognitive function, which could potentially provide a better understanding of the underlying mechanisms in populations affected by long-term cognitive decline after surgery.

The interdisciplinary team will foster synergies across a variety of research programs at the RI-MUHC and beyond, with the ultimate goal of advancing knowledge and practical outcomes to preserve cognitive function after surgery. The team leaders, Drs. Sato and Schricker, are both members of the Metabolic Disorders and Complications Program (MeDiC) at the RI-MUHC. Other members include: